Home / Entertainment / I saw “Tenet” in a movie theater. That’s what it was.

I saw “Tenet” in a movie theater. That’s what it was. 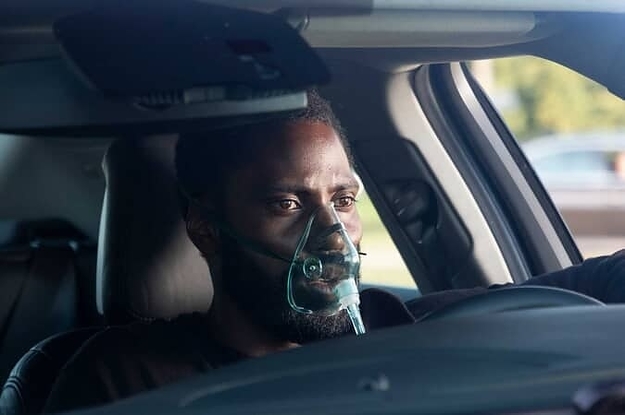 In Toronto, where I live, the cinemas have been open for a few weeks. They are limited to a maximum of 50 people per screening to ensure a good distance from others. You must buy your ticket in advance and you must wear a mask at all times. I had been skeptical of going there, but when Warner Bros. announced the release of Christopher Nolan’s latest blockbuster Principle in Canada, I knew I had to go see him.

So last Wednesday I strapped on my fanciest cloth mask and went to the local cinema. All around the theater lobby there were nervous stares of masked faces. A couple told me that they weren’t sure this was the best idea, but needed a bit of normalcy, and that’s where they turned for it. “I haven’t seen a movie in a cinema, literally since last year!” one of them said.

The wait in the lobby was filled with excitement but also uncertainty, each of us casting a careful glance at the distance between our bodies and the closest person. Slowly, we took turns navigating the hand sanitizer stations. Regular snacks from the movie were on offer, but few opted for – I imagine because they didn’t want to think about removing their masks, even momentarily, to munch on a handful of popcorn.

Once we were ushered into the theater, I slid back into my seat, dropped my shoulders, and settled in for a real blockbuster on a big screen – and that was absolutely all that I wanted. needed.

Quickly ditch the criticism here: Nolan’s 11th film is a delicious feast of battles, twists and turns, and timebending. Its unnamed protagonist, played by John David Washington, embarks on a slightly absurd mission to prevent a devastating war (“A nuclear holocaust?” He asks, “No, something worst“, He said to him). Its scale is ambitious, just like previous offerings from Nolan Interstellar and Start (and suffers from the same pacing issues), although it is significantly cooler than its predecessors. But as with previous Nolan films, the ambition is to sell: you don’t see a Nolan film because it is going to receive an Oscar; you see a Nolan movie because it’s going to attempt a wild feat that few directors would. He is a risk taker in terms of concepts (“a heist … in your mind!”) And unprecedented in creating exciting shows. Principle is enjoyable for the same reason that Evel Knievel is fun to watch: one minute where are you going with that, and the next one is motherfucker he succeeded. You should see Principle where it is safe to do so. It’s extremely fun.

You should see Principle where it is safe to do so. It’s extremely fun.

But it’s all this “where it’s safe” activity that is the bigger question. We didn’t have to imagine a summer without a movie that everyone has seen since Jaws came out in 1975. For 45 years, the summer blockbuster has given us something around, a cinematic event, a common point of reference, a conversation starter. In a good year, we receive several. But since the pandemic invaded our lives, the virus has become the only conversation.

The internet has now been inundated with odes to cinema. Variety’s chief film critic Owen Gleiberman wrote this effusive homage to “a temple, a cave, a belly, a great dark space which conferred, just by being there, the magic of invisibility.” In The New Yorker, Richard Brody reminded us that a theater creates demands: “A film put online does so with little real urgency, because it will (generally) remain available … theatrical release is an emergency.

And the need for theater in the modern era, at least in the Before Times, is twofold: first, you might miss the movie in the actual theater; but two, and perhaps more pressing, is that you might miss the conversation window for a movie. In the case of blockbusters, with films competing for a spot every week, people like to be part of the digital chatter that emerges after a big movie falls. Marvel in particular has mastered this with its Avengers universe, each of its novelties dominating the conversation. There is a real FOMO that comes into play if you can’t participate.

The classic blockbuster, of course, is not without its critics. Although his death was rumored to have been entirely exaggerated, blockbusters as a whole tend to have a diversity issue, have been accused of draining creativity from the film industry, and accused of becoming less enjoyable.

While I’m aware of these issues, I was particularly looking forward to the blockbusters of 2020. We’ve seen fewer white men anchor blockbusters, but this summer has had an even greater opportunity to continue those efforts: Marvel had Black Widow proposed, Disney had Mulan on the calendar, DC was pushing Wonder Woman 1984 – to say nothing of Principle, a 200 million dollar movie starring an unnamed black man Will Smith! We had it all to come and a new slice of Fast and furious film franchise, perhaps the most diverse blockbuster franchise around.

But I speak a language of the summers I spent here, with all this hope and excitement. The pandemic has extinguished those with swiftness. The signs of trouble started to come quickly. First, James bond has been moved from an April version to November. F9, the ninth installment of the Fast and furious franchise, has been moved from Memorial Day to April 2021. Mulan was delayed for several months. Top Gun and A quiet place 2 has been postponed until next year. Knew things were bad when even Marvel, the undisputed titan of every summer, moved Black Widow of a version from May to November.

As restrictions continued and other titles pushed their release dates back, there was an outlier. Principle maintained for publication in mid-July. Nolan wrote a beautiful ode to movie theaters in the Washington Post. They will “need our help,” the director wrote. The story became: Principle will be the savior of the theater. The film was a silver lining – yes, the coronavirus is wreaking havoc, but Nolan will. His challenge has become my challenge too.

Finally, Nolan blinked. Mid-July became the end of July, became the beginning of August, and in the United States the film will be released in early September (allegedly). Even critics have started to accept the idea of ​​a summer without blockbusters. Hell, maybe it’s a good thing we won’t get these big movies anyway, some wrote.

The tenuous future of Principle – and by extension, the tenuous future of cinema – has encouraged streaming services to create a play to replace that popcorn cinema feeling. While Netflix offered Charlize Theron in The old guard, Disney + gave us Tom Hanks in Doggy style. These films were positioned as a way to keep the blockbuster alive. The move went very well. Well, millions of people have watched the movies. They… don’t feel like blockbusters. They feel like action movies that you are watching at home.

Even though I have a reasonably sized TV and am an adult capable of making popcorn at home, it quickly became clear what the theater experience offers: not a single distraction. In a theater, it’s just you and the movie. At home, my phone is close at hand, while my cat insists on slipping on the apartment floor for no reason. The volume should be low enough for my daughter to sleep, unless I want to watch the movie with headphones, on a small laptop screen. In other words, outside of the theater real life is happening, and it shoots you over in a million ways, so the best you can do is devote 78% of your attention to a movie. It is in ideal circumstances. But a cinema is an invitation to forget what is hidden behind your immediate walls.

A cinema is an invitation to forget what is hidden behind your immediate walls.

So I waited and waited, patiently shifting my hopes slightly, shielding them from the wind. Then the announcement came: Principle will first have an international release, followed by a phased US release. Here in Canada, where the response to the coronavirus has been significantly healthier, theaters began to slowly reopen in mid-July, so it was promising. And on opening day, I was there.

The bad news is this: The sweet thrill of the summer movie now comes with an asterisk. Simple joy has become complicated. Before deciding to see Principle, my wife and I must have had a serious conversation to find out if we were both comfortable with the decision. We’re all going to have to have these conversations now.

The good news, however, is that even with a mask, Principle kept me on the edge of my seat. Even though people were sitting away from me, I could still see them jump in tension. The feel of a theater chair, the rush of anticipation when the trailers end and the movie is about to begin, none of that is gone.

I can’t tell you if PrincipleArriving in American theaters next week will be enough to save Hollywood from a terrible summer. In all likelihood, 2020 will be one year the film industry – and, frankly, the rest of us – would like to forget. But on leaving the theater, I heard a group of eight people, who were arriving separately and didn’t seem to know each other, all masked and standing apart, enthusiastically talking about the thrills of the film, analyzing it, sharing breathlessly. their favorite parts. They were trying to make sense of the end. They marveled at the premise of the great movie they had just seen. It was a little different and a little the same: somewhere in the dark, the magic of the theater did its job. ●