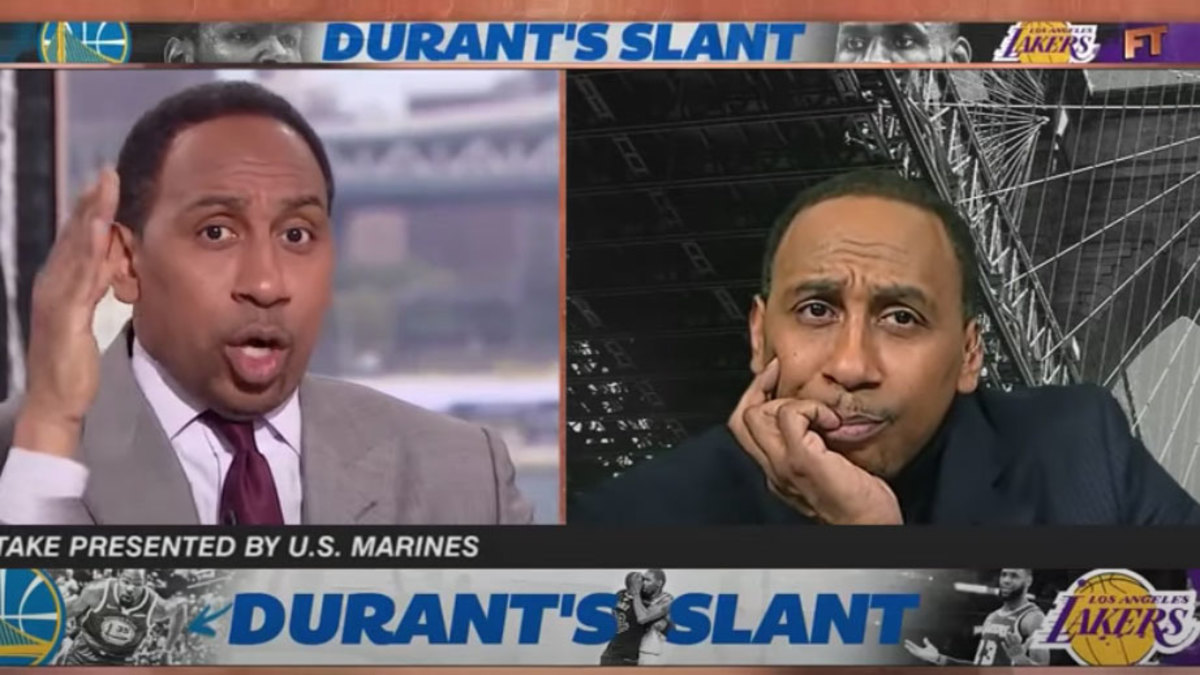 1. I really, really, really wanted to write about the surreal day that took place at Citi Field on Thursday, with a video of General Manager Brodie Van Wagenen denigrating Rob Manfred for his idea of ​​protest which was mistakenly circulated to the world on the site. Web of Mets; then the apology from Van Wagenen, saying that Manfred was not the person behind the idea, it was in fact the owner of the Mets, Jeff Wilpon; then Wilpon’s statement blowing up Van Wagenen and spelling his first name twice wrong in said statement.

However, my colleague Dan Gartland did a great summary of the absurd events in Friday’s Hot Clicks, so I’m going in a whole different direction as we wind down the work week.

It’s been a long week, to say the least. If you want a quick respite from serious and important issues and want to laugh for just two minutes, let me help you.

This video of Stephen A. Smith arguing with Stephen A. Smith was uploaded to YouTube last November, but I totally missed it. I saw him for the first time this morning and I couldn’t stop laughing.

2. TNT analyst Stan Van Gundy only joined Twitter in July, but he has made up for lost time by pedaling metal ever since. On Thursday he provided us with one of his best tweets about all the dishonest people who act like they care about what’s going on in China when in reality they are just using it as a weapon for an argument. Twitter. .

On a side note, Stan’s brother Jeff was on the SI Media Podcast a few weeks ago. Stan’s presence in the world of Twitter and Jeff’s vow never to join them was a big topic of discussion.

3. Speaking of Twitter, everyone can agree that we need more of Bo Jackson to tweet his own highlights with comments.

5. A new SI Media Podcast went out Wednesday afternoon, and it features two guests. The first is Sports Affairs Journal Ben Fischer, NFL reporter. Fischer talks about what the league is going through in terms of having fans in the stadiums this season, what ABC / Disney will do when they eventually win two TV packages in the new TV deal, what it would take to shut down the NFL season, and more.

After Fischer, ESPN NBA analyst Richard Jefferson joins the podcast. Jefferson explains what bubble life is like for gamers, shares insight into LeBron James’ personality, talks about the transition from gamer to media, and more.

You can listen to the podcast below or download it from Apple, Spotify, Stitcher, and Google Play.

6. RANDOM VIDEO OF THE DAY: Do you remember the twins who went viral a few weeks ago when they reacted to hearing “In The Air Tonight?” From Phil Collins?

They recently listened to Whitney Houston’s all-time rendition of Super Bowl XXV’s “Star-Spangled Banner” and, once again, their reactions are fantastic.

7. SPORTS VIDEO OF THE DAY: The fake Dan Marino peak is always fun to watch periodically.

Make sure you catch up with the latest editions of Traina Thoughts and check out the Sports Illustrated Media podcast hosted by Jimmy Traina at Apple, Spotify or Stitcher. You can also follow Jimmy on Twitter and Instagram.