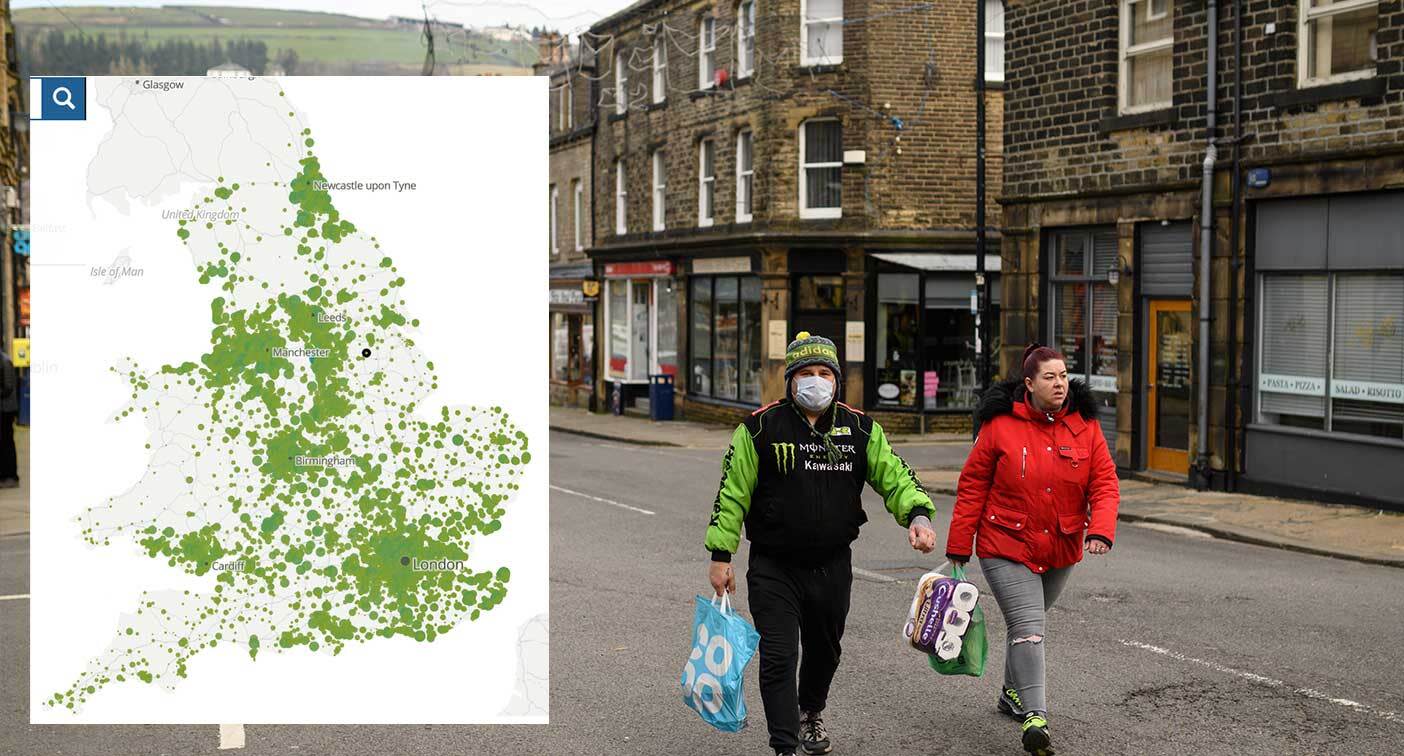 This is the map that shows how many coronavirus deaths there have been in your postcode area since March.

The map, released by the Office for National Statistics (ONS) on Friday, shows the number of COVID-19 deaths in each region of England and Wales between March 1 and July 31 which were recorded on 15 August.

It also gives a clear nationwide picture of how the death toll peaked in April, before gradually declining over the following months.

The ONS said the map will not be updated in the future as the death rate is now “low.” Twelve coronavirus deaths in the UK were reported by the Department of Health on Thursday, up from a peak of 1,166 on April 21.

Figures from the same ONS statement show that of the 336 local authority areas in England and Wales, 71 had no coronavirus-related deaths in July.

239 others have recorded fewer than 10 COVID-19-related deaths.

Meanwhile, four regions of Kent were among the five local authority regions with the highest coronavirus death rates in England in July.

The government later announced that coronavirus lockdown restrictions would be lifted in parts of Greater Manchester, Lancashire and West Yorkshire after the number of new infections fell.

The Department of Health said “positive progress” means that from September 2 two households will again be able to mix in areas like Bolton, Stockport, Trafford, Hyndburn and Burnley.