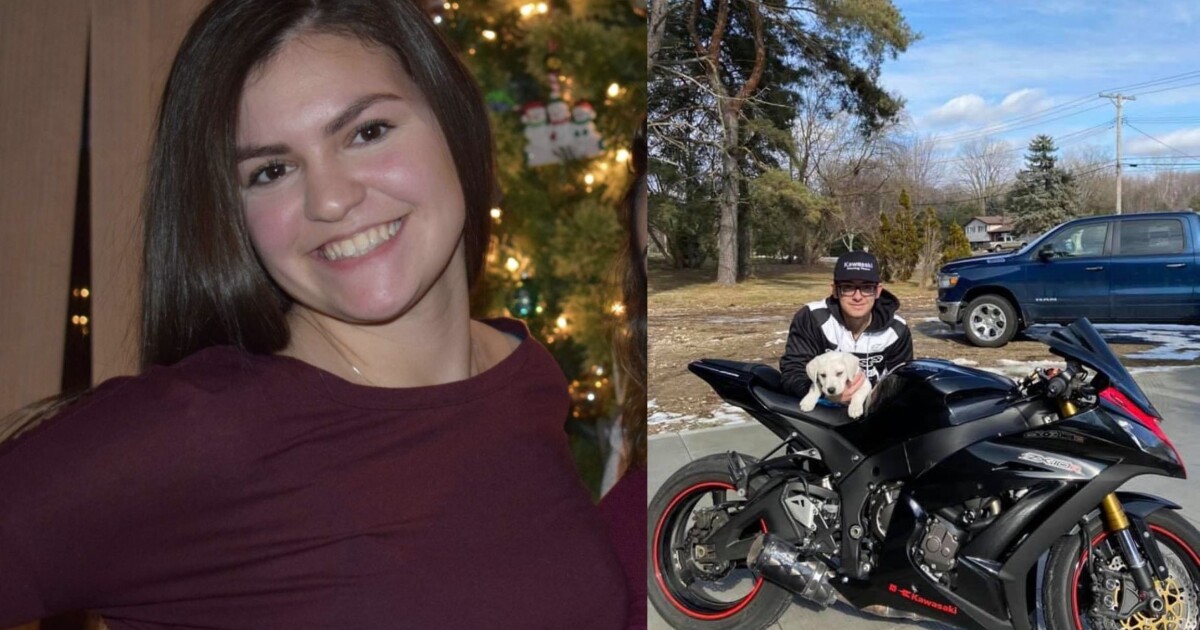 Police say David Vasilevski, 21, and Ashley Machuta, 22, died in the accident in New Baltimore. Both were in a Cadillac CTS-V.

Police said the Cadillac lost control in the western 23-mile direction, crossed the middle cornering lane and collided with a Dodge Ram 1500. Both were declared dead at the scene.

The 19-year-old man driving the Dodge was taken to hospital with minor injuries.

A GoFundMe was created for Ashley’s family.