2 police officers were injured and people were killed in the Queens Shootout, police say 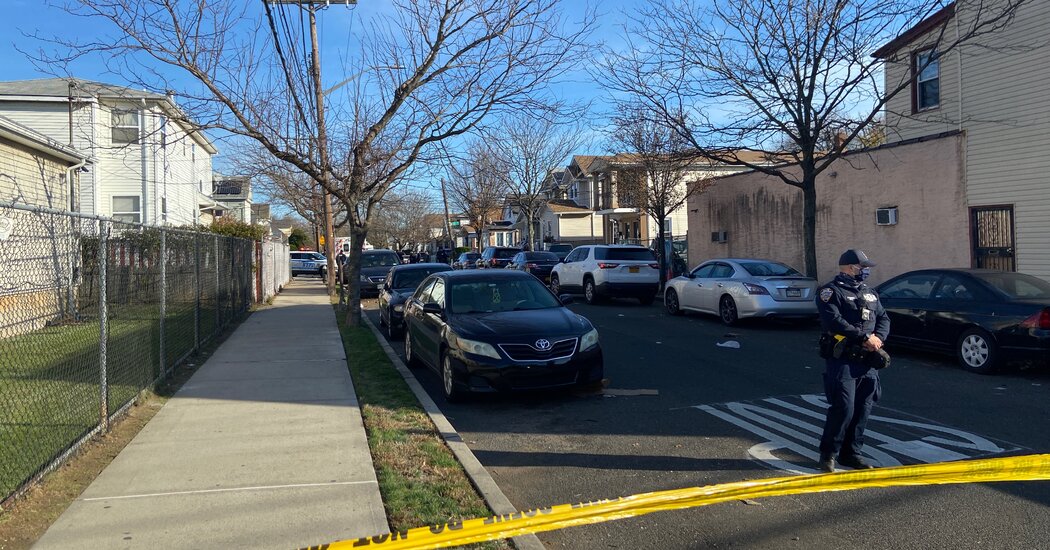 A queen man shot two police officers in response to a violent call within the family on Tuesday, prompting them to return fire and kill him, police said.

The man, whose name was not released by officials, opened fire on officers at his home on 179th Street in Jamaica, near Kennedy International Airport, around 12:45 p.m., police said. He died on the spot.

The officers were both wounded, one on the arm and the other on the leg, but expected to survive, police said. The fire department said he was taken to the medical center of a Jamaican hospital for treatment.

Mayor Bill de Blasio was informed of the shooting and led to a hospital with a spokesman he said on Twitter.

A cell phone video taken by outsiders at the scene showed police officers bustling in the street and placing a yellow crime tape near a row of two-story houses while a small crowd stood across the street.