4 firefighters burned when rescued from a domestic fire 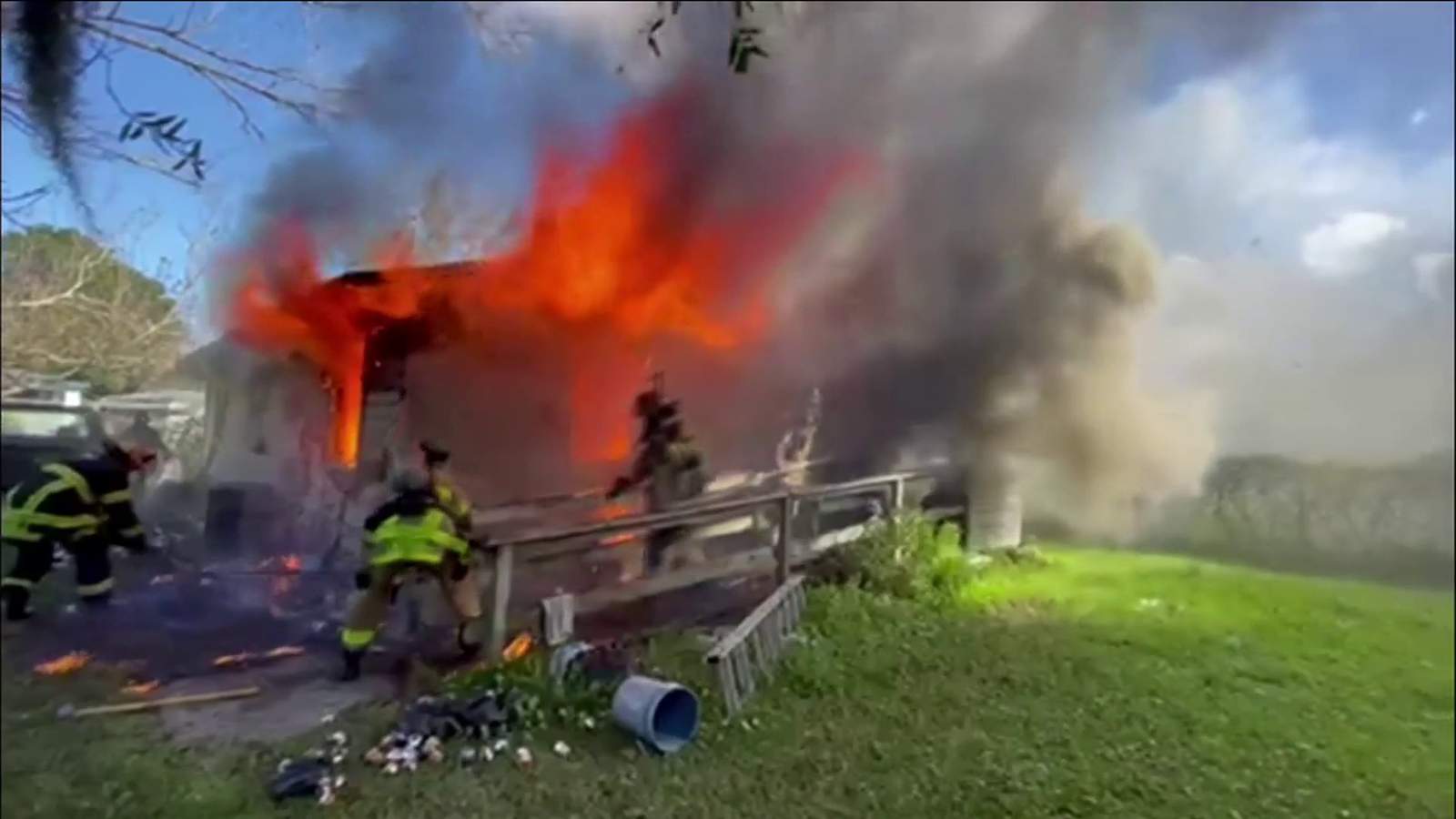 JACKSONVILLE, Fla. “Four firefighters suffered burns Tuesday as they tried to rescue someone who was in a burning family home on Acorn Street in northwest Jacksonville.

The Jacksonville Fire Department was called after 1 p.m., and saw flames and strong smoke from the house. Neighbors said someone was trapped inside, so four firefighters were forced inside and encountered high heat and flames.

JFRD chief Keith Powers said firefighters suffered first- and second-degree burns, but were in good condition and should be treated within hours and released from UF Health Jacksonville Medical Center.

“It’s the best equipment in the business, and if it weren’t for that equipment, these burns would have been much more significant,” Powers said.

He said one of the injured firefighters was actually “outraged” that he was being sent home to recover, saying he wanted to return to work.

“Every day in this city (there are) house fires and these firefighters react to them,” Powers said. “If someone has a meaning inside, they’ll do anything to get these people, and that’s exactly what they did. They were placed in a very warm, invisible environment to rescue them and crossed the border where they should be. “

Firefighters found no one inside, and after the fire was completely extinguished, firefighters determined that no one was home at the time of the fire.

The man the neighbors thought were still in the house said he wasn’t surprised the firefighters were told someone was probably inside.

“We’re watching each other, up and down this street,” Jackson said.

Jack Cogdell, who lost almost everything in the rental house, said the fire marshal said the fire was thought to be caused by an electrical problem with the heater. The fire department staff was able to save a pint of money for Cogdell.