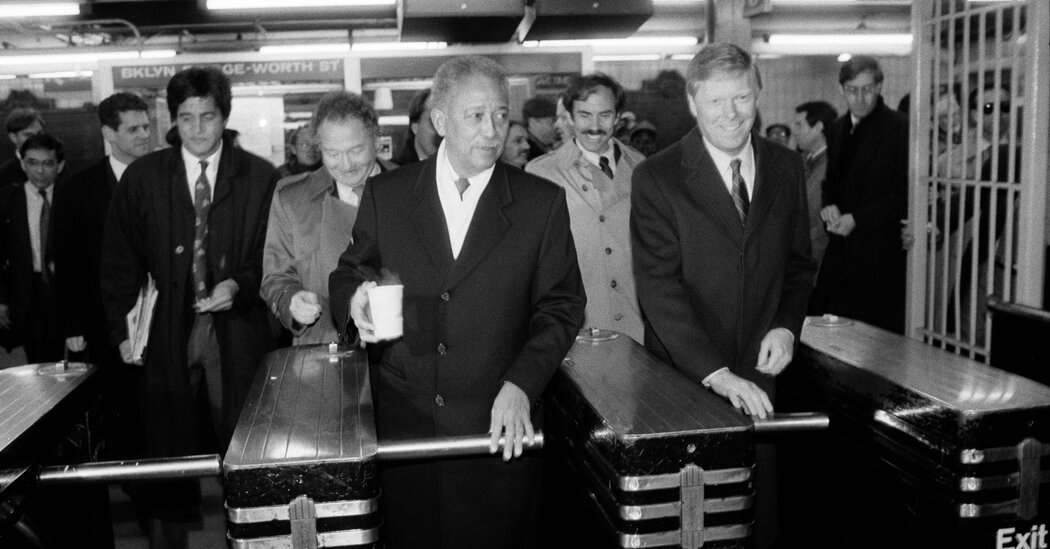 He was a racial conciliator

Mr. Dinkins was elected shortly after Yusef Hawkins, a black teenager, was persecuted and murdered by a white crowd in Brooklyn’s Bensonhurst neighborhood, and a white jogger was beaten and raped in Central Park, five black and Latin teenagers who were later acquitted.

It was a time of great racial strife in New York, and Mr. Dinkins proclaimed unity.

Stacy Lynch, daughter of Mr. Dinkins ’chief political strategist, Bill Lynch, said her father often talked about how difficult it is to drive with the message of reconciliation.

“There were entire parts of the city that didn’t believe in its beautiful mosaic,” said Ms. Lynch, now Mr. de Blasio’s assistant. “It was unrealistic to expect a man to be able to solve all this. What he was trying to create created a space where people could work.

But he also fought racial violence in Brooklyn’s Crown Heights neighborhood after a car killed a black boy in a rabbi’s motorcycle – an episode that defined his civic craft.

Patrick Gaspard, president of the Open Society Foundation, who served as Mr. Dinkins ’senior assistant, recalled that he was a young man who was constantly furious at the racial injustice he had met. But Mr. Dinkins, who was also outraged by racial injustice, had a different approach.

Mr. Gaspard, who referred to Dinkins as “political Jackie Robinson,” recalled one of St. Patrick’s Day parades where the crowd tossed the mayor with beer cans along with racial markers. As they rushed to his car, a can of beer almost hit Mr. Dinkins. Mr. Gaspard saw anger on Mr. Dinkins’ face.

“I saw him breathe deeply, gathering himself and waving to the crowd,” Mr. Gaspard said. “I know what he wanted to say and the answer he wanted to give back, but it won’t ruin himself or the office.”