81 In Massachusetts, new data suggest that the spread of COVID is considered a “high risk” 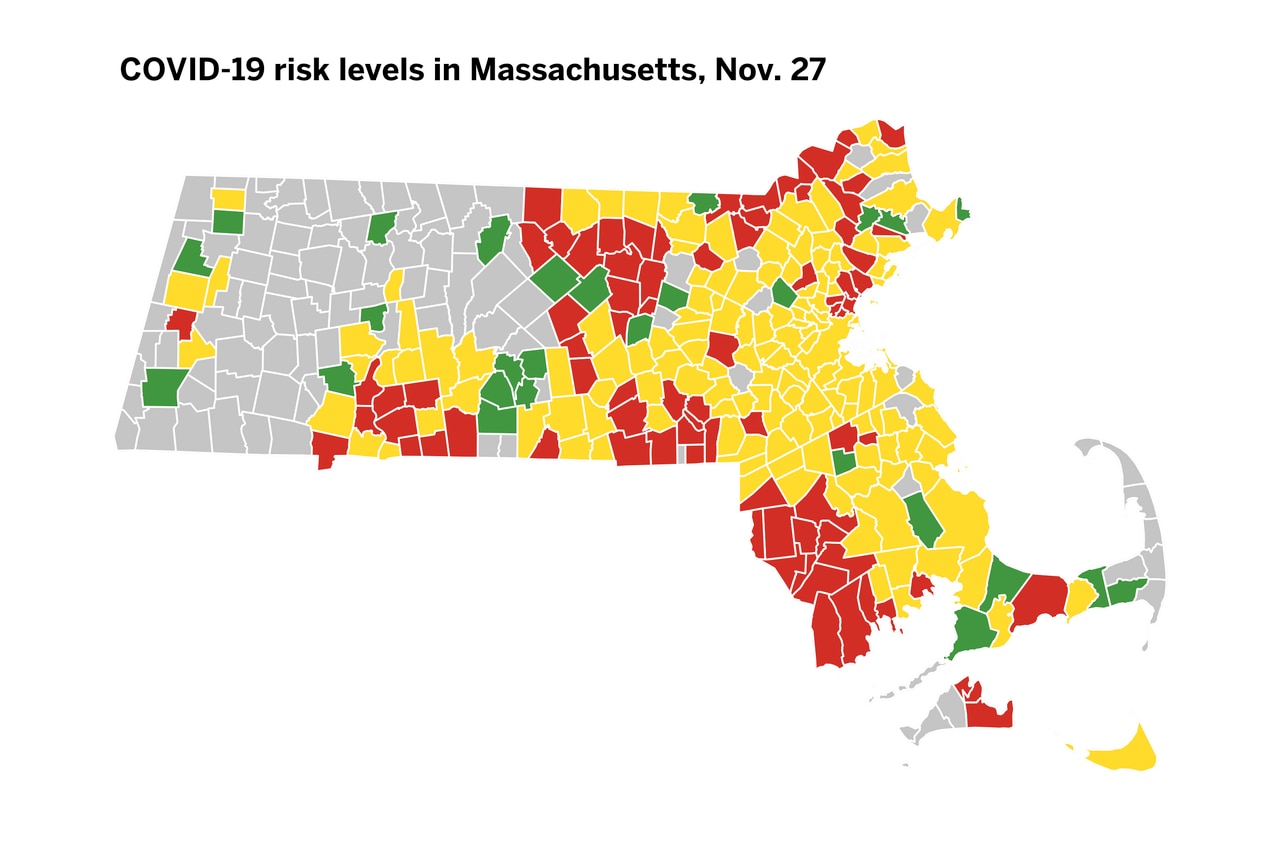 Eighty-one cities in Massachusetts have been classified as a “high risk” of the spread of the coronavirus based on the new metrics used by health officials to determine the level of risk in communities.

Last week, the number of cities called high-risk was 63 after the Massachusetts Department of Public Health announced changes to the way communities are classified on the national map.

The Department of Public Health has announced that it will change the classification of communities at risk for COVID transmission on the national map. Risk designations – which are colored, gray, green, yellow and red based on the level of infection – are now defined by several new indicators for three new population categories: communities with less than 10,000 inhabitants; Between 10,000 and 50,000; and greater than 50,000.

Officials say the new categories will help make community-specific data more nuanced and take better account of the growth of cases in smaller communities and communities where testing is stronger.

Another 29 COVID-related deaths were reported by health officials on Friday, bringing the total number of deaths since the outbreak began to 10,401.