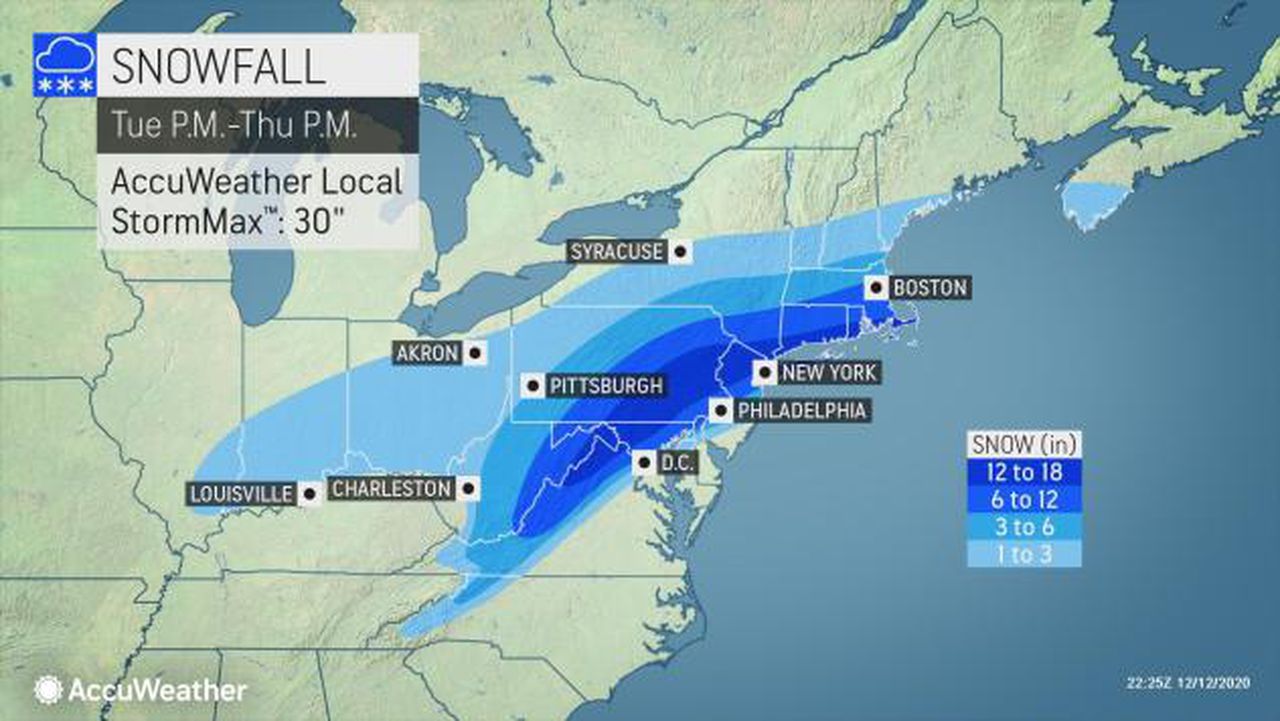 On Sunday, another warm day awaits you in the Harrisburg region, and it’s a good idea to enjoy it while it lasts.

The first accumulating snowfall of the season is expected on Monday, which could be followed by a big storm in the middle of a week, which could bring significant snowfall in the region.

According to the National Meteorological Service of the State College, we can expect dense fog before 11 a.m. on an otherwise rainy Sunday, at an altitude of 53 and 33 below. It will be a windy day with gusts of up to 22 mph.

Monday morning begins at 8 a.m. with rain, turning to snow, which can be heavy at times and show accumulation of 1 to 3 inches. By night, the snowfall should be clear, with a low of around 27.

A storm moving from the Rockies could head to the east coast on Wednesday, AccuWeather.com reports.

The exact route of the storm at this point is difficult to track, but it is expected to bring as much as 10 to 15 inches of snow into the Harrisburg region between Wednesday and Thursday, AccuWeather writes.

The National Meteorological Service of the State College says it should start snowing on Wednesday after 2 p.m. You can expect peaks at 32 and 24.

It should narrow to 8 a.m. Thursday morning, allowing for a partly sunny day where the highest drops to 34 and the nightly low to 19.

On Fridays, the temperature will be mostly sunny, with 36 high and 17 low.

And Saturday will be partly sunny, with temperatures near 36.