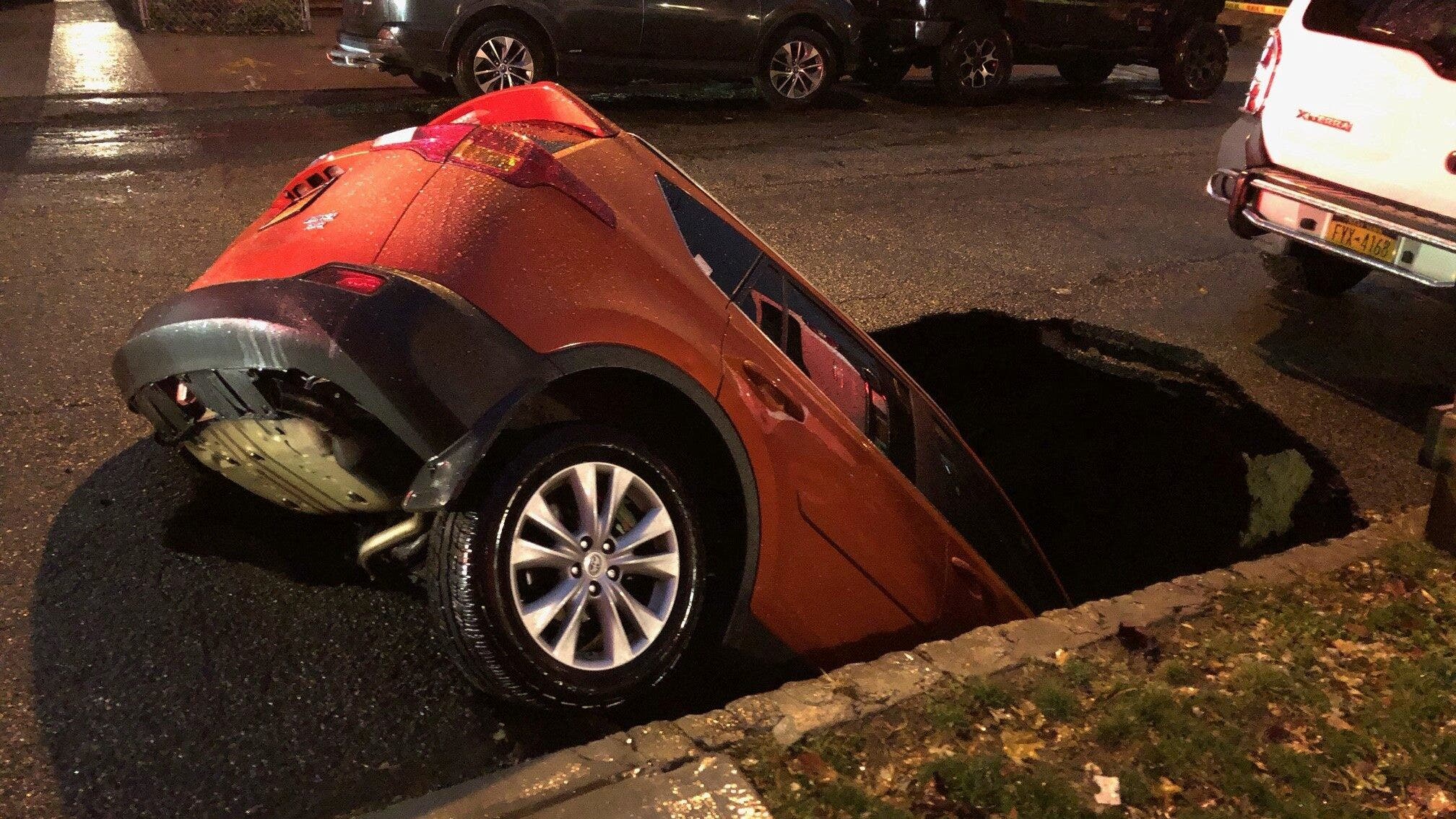 An empty orange SUV was swallowed by a sinker in Queens early Thursday morning.

The Toyota RAV4 was discovered nose-down in the huge sink at 6 a.m. on 70th Street, near Maspeth 52nd Avenue, authorities said.

The shocking sight was from the residential area shared on Twitter Robert Holden is a city councilor.

The FDNY said they responded to the scene because of the trauma reported. But it was found that there were no patients as the SUV was not busy.

The sink led to several street closures in the area, Holden said.