An Idaho man was shot dead in his own garden by an officer who was mistaken for an armed suspect, police say 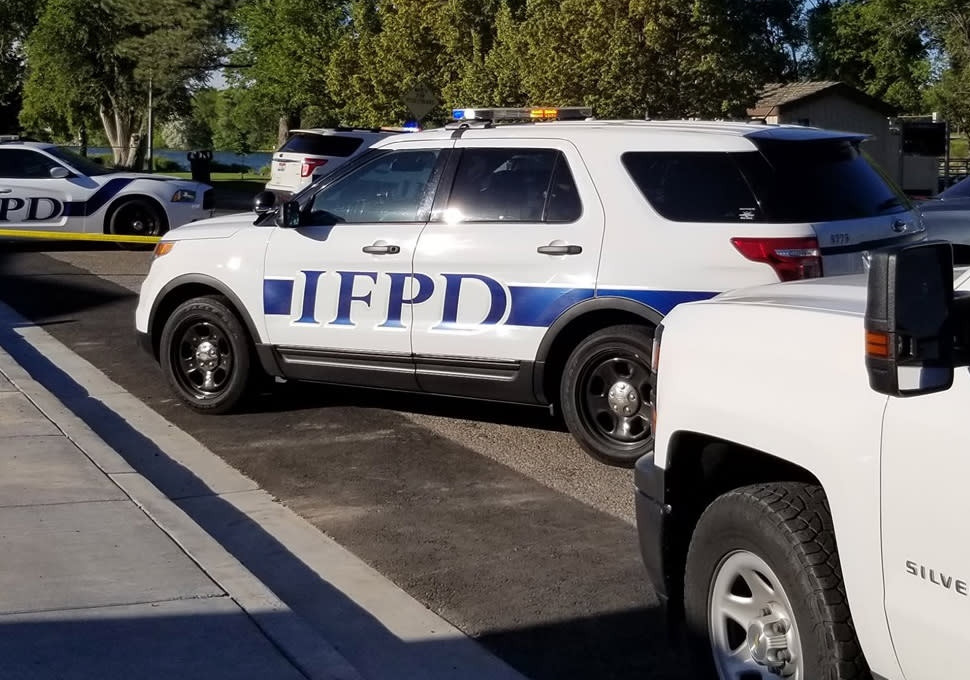 An Idaho police officer shot dead a man in his own garden on Monday while looking for a suspect believed to be armed in the area, officials said.

The incident began when a deputy sheriff of Bonneville County crashed into a broken vehicle at a Idaho Falls shortly after Monday midnight due to a broken tail light. As long as the driver remained in the car, the passenger started running, authorities said.

Idaho Falls police and Bonneville County sheriff’s deputies were called to the scene and began searching for the suspect, who was wearing a black shirt and khaki pants and headed for a residential area, the Idaho Falls police said in a statement.

One resident told an officer that they had seen the suspect rush in their yard, and the resident believed the suspect was armed with a gun. All police officers received this information, police said.

The driver who remained in the car identified the suspect as 22-year-old Tanner JN Shoesmith, and police learned that there were several orders to arrest him, including two omissions accusing him of preventing / obstructing his original arrest. The others relate to an officer accused of serious crimes and providing false information to law enforcement, authorities said.

At one point, the driver received an SMS from Shoesmith sharing his GPS position, which was seen by police. Police said the GPS showed he was in a backyard in the area where officers were looking.

“Officers and deputies surrounded the residence and the backyard to prevent the suspect from escaping,” the statement said. “Due to the suspect’s armed weapons and previous violence in contact with police, law enforcement officers entered the scene with their service weapons.”

Officers said they heard a shout and saw a man in a black shirt. He was armed with a gun, and according to the announcement, officers told the man to drop the gun.

“We don’t have an answer right now to what exactly happened at these moments,” said Bryce Johnson, the chief of police in Idaho Falls. “We know that during this interaction, an Idaho Falls policeman handed over a service weapon that is a Man.”

The statement went on to say, “In the end, officers and deputies determined that the man shot was not the suspect man, but was actually the resident of this residence.”

“There are no words to express how hard our hearts are today,” Johnson said. “This situation is devastatingly tragic for the family, the officer and those who love and care for them. We all feel the weight of what happened today. We have our sincere condolences to the families and friends of those affected, especially the families of the deceased. “

Police say Shoesmith was eventually found hidden in another backyard and arrested. Charges were filed for existing orders, and a new arrest charge was filed for resistance to arrest.

Shoesmith is white, as is the victim, who could not be identified, police told NBC News. The officer who shot the victim is Latino.

Footage recordings of the case were not published.

The officer has been placed on administrative leave, while the Eastern Idaho Critical Events Task Force is conducting an independent investigation. The findings will be handed over to the Bonneville County Prosecutor upon completion of the investigation.

The Idaho Falls Police Department is conducting its own investigation to determine if the appropriate protocols have been followed.