An Idaho officer killed a man in his home after losing his identity, police say 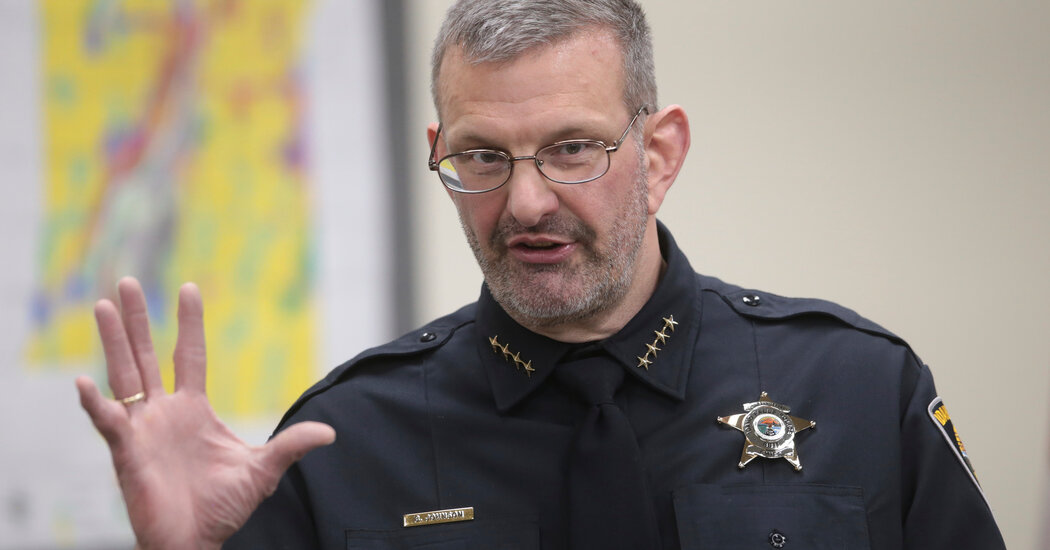 A police officer shot dead an Idaho man in his garden after confusing him with police looking for someone, authorities said on Monday, and launched an investigation into the shooting.

Police did not identify the victim or the officer who shot him. The Idaho Falls Police Department said the persecuted man was later found hiding in a shed where he was arrested.

The officer was placed on administrative leave, and Chief Bryce Johnson called the incident “incredibly tragic,” the police said in a statement. Police spokeswoman Jessica Clements said Tuesday that the department would only disclose the name of the victim or officer after the initial stages of the investigation were completed, and the victim’s family asked not to be named.

In a statement, police said the Idaho State Police are conducting an investigation into the shooting, which took place in Idaho Falls, a city of about 63,000 people 250 miles east of Boise. Following the investigation, the case will be referred to the Bonneville County Prosecutor’s Office to determine any charges, he said.

The statement also said the Idaho Falls Police Department is conducting a separate internal investigation to determine whether its policy has been followed.

The officer wore a body camera turned on during the shooting, and that shot will be part of the investigation, the department said. The Bonneville County Sheriff’s Office identified the arrested man as Tanner JN Shoesmith (22) and said he could be booked in a county jail for violating outstanding orders and resisting arrest.

The shooting took place shortly after Monday at midnight, just minutes after a deputy sheriff of Bonneville County tried to stop traffic on the broken taillight at Idaho Falls.

The vehicle stopped around a corner and a man fled to a residential area, police said. A woman remained in the car and spoke to the sheriff’s deputies, authorities said.

The deputy then radioed that the man had fled and reported the direction and description of the clothing, including a black shirt.

Staff from the Idaho Falls Police Department and the Bonneville County Sheriff’s Office arrived and began searching for the man.

A resident told the officer that the man ran through a yard and “thought the suspect had a gun,” police said. The officer passed this information on to the others.

While the investigation continued, police said authorities identified the man who “ordered his arrest more than once,” partly because he had provided an officer with a serious crime, resisted or obstructed his arrest, and provided false information to law enforcement.

The woman in the car showed officers a message that allowed them to track the man’s GPS location and showed her to be in the backyard of a nearby residence, police said.

“Officers and deputies surrounded the residence and the backyard to prevent the suspect from escaping,” the department said. He added that officers had arrived with a gun because of the announcement that he might have been armed and because of his “previous history of violent contact with police officers”.

Officers heard shouting and visited the backyard where they found a man wearing a black shirt and holding a gun.

The department said officers told him to drop the gun. At one point in the confrontation, one of the officers shot the man.

“Currently, we have no answer to what exactly happened at these moments,” Chief Johnson said. Fire department officials and emergency medical personnel tried to rescue the man, but were unsuccessful, he said.

Officers later learned that the victim was not the man they were looking for, but a resident at the address.

“There are no words that can express how hard our hearts are today,” Chief Johnson said in a statement. “This situation is devastatingly tragic for the family, the officer and those who love and care for them.”

After the shooting, a deputy in the area reported seeing another man running nearby. Officers found him “hiding in a shed in the backyard of the residence,” and arrested him, police said.

Overall, the episode took about 20 minutes from the traffic stop to the shooting and arrest.