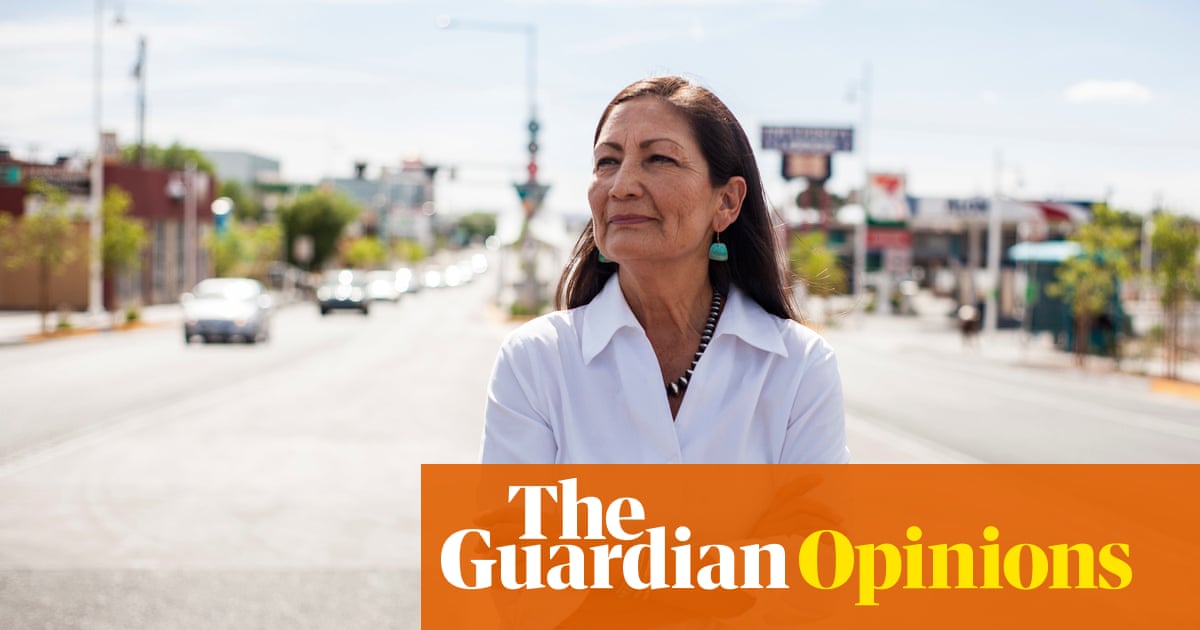 Tafter the 2020 presidential election, a CNN graphic designer dominated my Facebook feeds. Illustrating voter turnout, it included the term “something else,” which refers to non-white, Latin, black, or Asian voters.

Many Native Americans, who were able to quickly put together the reasons for the laughter, responded with their own graphics and memes, playfully and mockingly congratulating themselves.

In reality, however, people were angry at newer cases of deletion – and the chosen choice, which further increased the invisibility of indigenous peoples on the national stage when there were so many stories that could amplify the importance of indigenous American participation in the election process.

This year, a record six Native Americans were elected to Congress.

Indigenous voters have also been crucial to the success of the Democratic Party in key vital states. The reversal of Arizona, which only turned blue for the second time in 70 years, is due to the native vote of the state. The Navaho Nation’s roughly 67,000 eligible voters voted 60-90% in favor of Biden, resulting in a total that far exceeded the state’s 12,813 votes.

The insult to CNN was particularly ironic, given that this is also the month of Native American heritage. Beyond the stories of voter turnout, it’s time for the media, cultural and political institutions, and every American to think about how to enhance contact with indigenous American peoples and nations. Research by the nonprofit group IllumiNative shows that 87% of state-level historical norms do not cover indigenous peoples in the post-1900 period, and that 78% of Americans want to learn more about natives, cultures, and contemporary stories.

Even if your formal education has not given way to indigenous knowledge, it is not too late

My own desire to facilitate these thoughts and expand the space of indigenous narratives prompted me to pursue an oral historical project with the Voice of the Nonprofit Witness. For the past three years, I have listened to and published stories of indigenous peoples ’loss, injustice, and resilience in the struggle to protect indigenous lands, rights, and lives in reservations throughout cities and across the continent. From the intergenerational legacy of Indian boarding schools to the impact of environmental devastation on fishing, hunting and traditional lifestyles, the crisis of missing and murdered Indigenous women and girls, I hope these stories of resistance get into American schools and public discourse. They offer alternatives to over-told tales such as the colonial-absolute and historically inaccurate Thanksgiving narrative.

There are so many more stories to listen to and more work to be done. Here are some ideas to get you started:

1. Remember, we all occupy tribal land. Use the searchable map developed by Native Land Digital to find out whose traditional territory you live in. Research the area for historically busy natives who are present and have a history of their theft.

2. Make an appreciation for the land to draw attention to the presence of the natives and acknowledge our ongoing connection to the land. To observe the practice, visit landacknowledgements.org. However, do not let the recognition of the land be a symbolic gesture. Learn about its history and remember that recognition must also mean a commitment to action for a fairer future.

3. Read the work of indigenous writers like Tommy Orange, Billy-Ray Belcourt, Lee Maracle, Terese Marie Mailhot, Vine Deloria Jr., Louise Erdrich and N Scott Momaday to find out how Indigenous people represent themselves and their culture, history and communities. Indigenous lives are often only covered when individuals are among the 4 Ds: drumming, dancing, drunk, or dead. Indigenous authors make the depiction of our lives more balanced.

4. Support local school boards to recruit Indians children’s literature, history and perspectives in the curriculum, with particular reference to local tribes. If you are an instructor, add more native content to the curriculum. As the UN states, a lack of respect and resources for indigenous cultures can cause a critical educational gap. Start with these free lesson plans that explore colonialism and the experiences of contemporary natives.

6. Support your local Indian center. You can find them in Los Angeles, Toronto, Denver, Winnipeg, Chicago, Oakland, New York City, Victoria, Minneapolis and many other cities in North America.

7. You can donate money or time to programs and organizations run by Native. For example, it could support the work of the National Indigenous Women’s Resource Center to address the crisis of violence against indigenous women, girls and bisexuals; or the work of the Bear Clan Patrol, a local initiative that promotes security and support for Winnipeg natives. See the Indian Communities Response Fund to support those disproportionately affected by the epidemic.

8. Sale! Avoid banks like Wells Fargo and Chase that violate Indigenous contract rights by accumulating environmentally destructive fossil fuel developments. Visit the native environmental network for an overview of fossil fuel disposal, guidance on how to contact CEOs and managers, and disposal and reinvestment steps.

9. Campaign and vote for indigenous candidates at all levels of government – we need more representation at local, state and national levels. Demand more from the currently elected governments as well; supporting policies and legislation in support of indigenous communities. Add your voice to the appointment of Deb Haaland as the first Indian interior minister.

10. Learn about the Land Back movement, which aims to restore stolen areas to indigenous nations. If you are interested in repatriating land, contact your local natives and organizations involved in returning the land. If direct repatriation makes no sense where you can get land, support the fight by selling your own lands and offer the income to the movement. You can also donate to land tax or land registration movements.

History, which has been taught to most North Americans, all too often excludes, treats, and colonizes indigenous peoples. as the periphery of the continent’s history. By making this history more widely available and amplifying contemporary indigenous voices, we can change the narrative for future generations – and avoid further references to the ‘other’.

Sara Sinclair van Editor of the Oral History Collection of the Voice of the Witness How we go home: The voices of the natives of North America. He teaches a master’s degree in oral history at Columbia University