For the second consecutive night, residential activists in the El Sereno neighborhood of Los Angeles claimed a demand for empty homes owned by the California Department of Transportation (Caltrans).

It was seen that officers from the California Highway Patrol (CHP) wearing riot equipment violently clashed with activists, removed them from their residence, and detained several others. 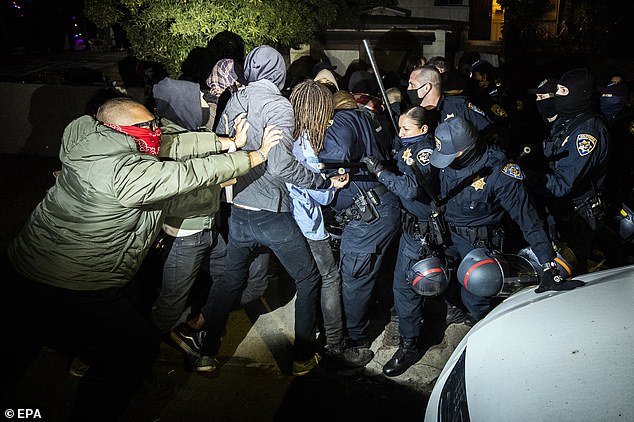 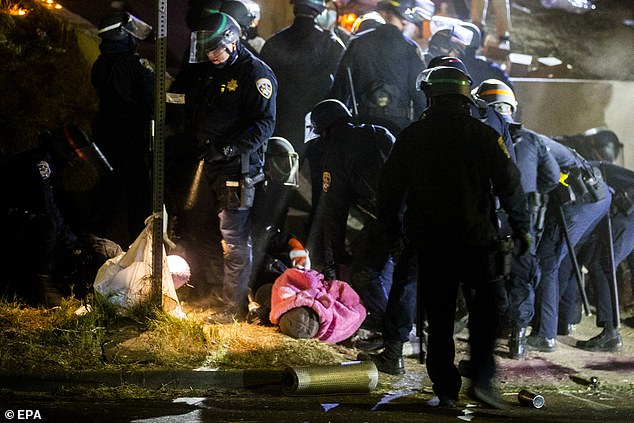 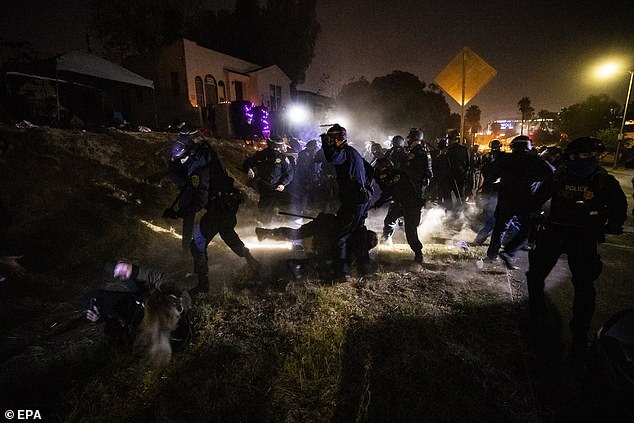 CHP officers, who have a lot of riot equipment, intercept activists during last night’s protest in El Sereno

During a Wednesday night protest, a teenager was anchored on the ground by officers after being forcibly removed from a house next to his mother.

A video circulating on Twitter shows the teenage girl being forcibly removed from a property by two officers.

Protesters could be heard from the officers, who called them ugly.

The girl is fastened to the ground and handcuffed before being transported to a police car. 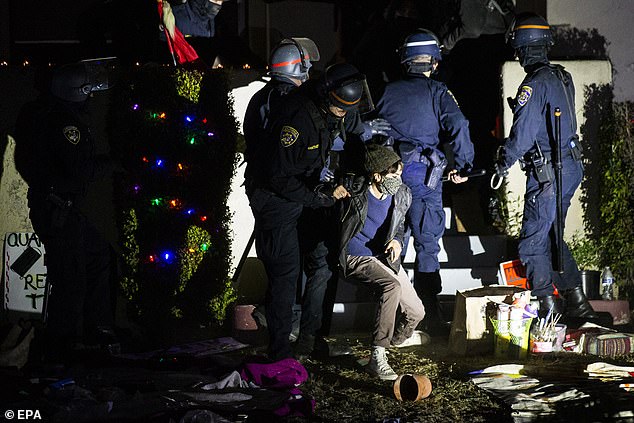 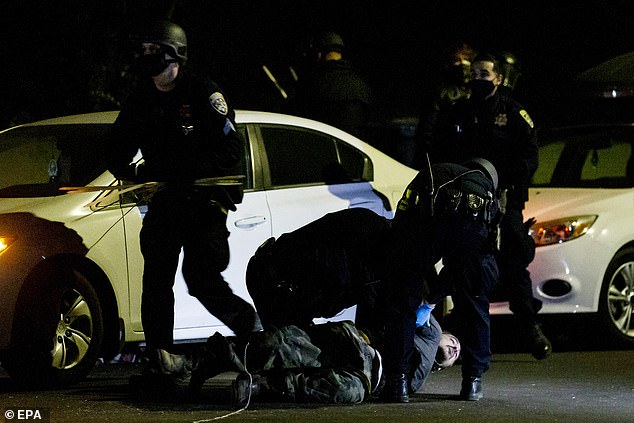 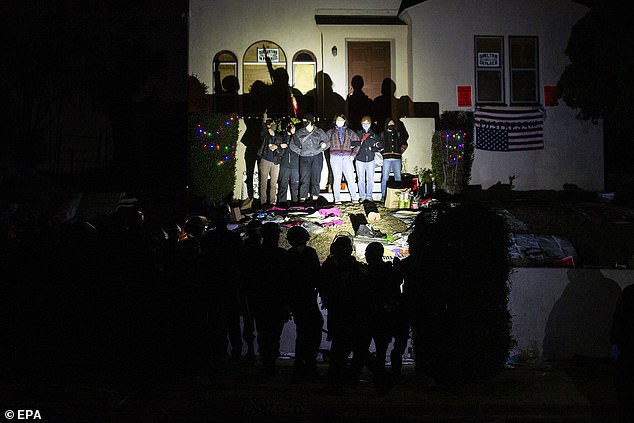 Street Watch LA condemned the incident on Twitter: ‘Tonight in El Sereno, the CHP evicted a mother and child who had regained legitimate public space.

– A child was dragged out of his home, squeezed and arrested. This is how @CaltransHQ @CHPsouthern treats families in need of shelter. ‘

On Wednesday, the CHP went house-by-house to remove people who illegally occupied homes along Sheffield Avenue.

ABC 7 reported that about 100 officers responded to the neighborhood incident on Wednesday. Thursday’s estimates are not yet known. 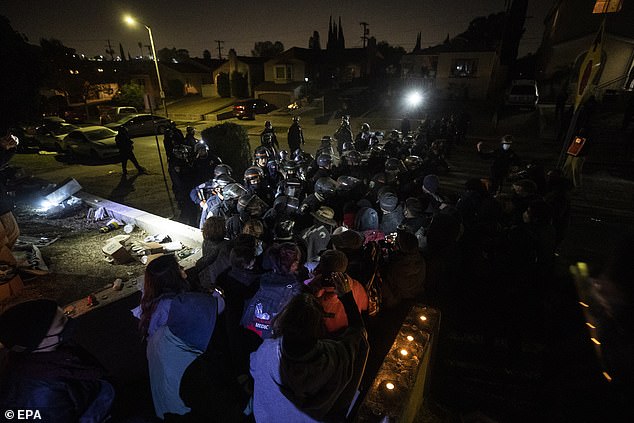 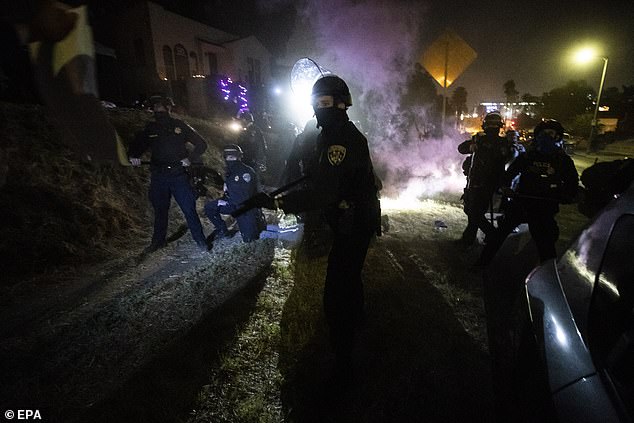 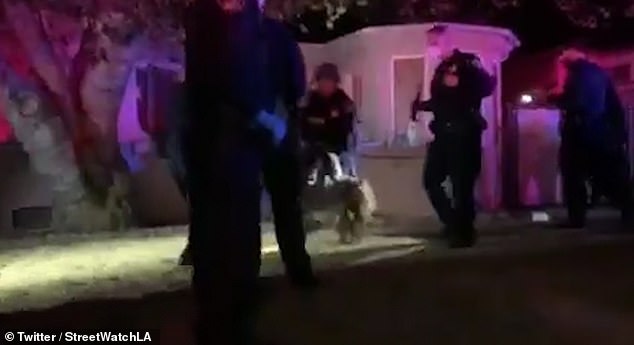 A teenager was squeezed to the ground by officers after he was forcibly removed from a house next to his mother amid violent protests in Los Angeles. 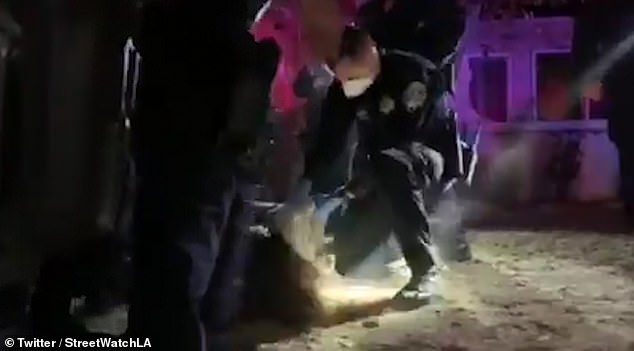 Protesters cited the government’s home order to prevent the spread of the coronavirus as one of the reasons to prevent the evictions from continuing.

Caltrans, or the California Department of Transportation, bought the houses with the intention of demolishing them to make way for Highway 710, but plans stalled in 2018.