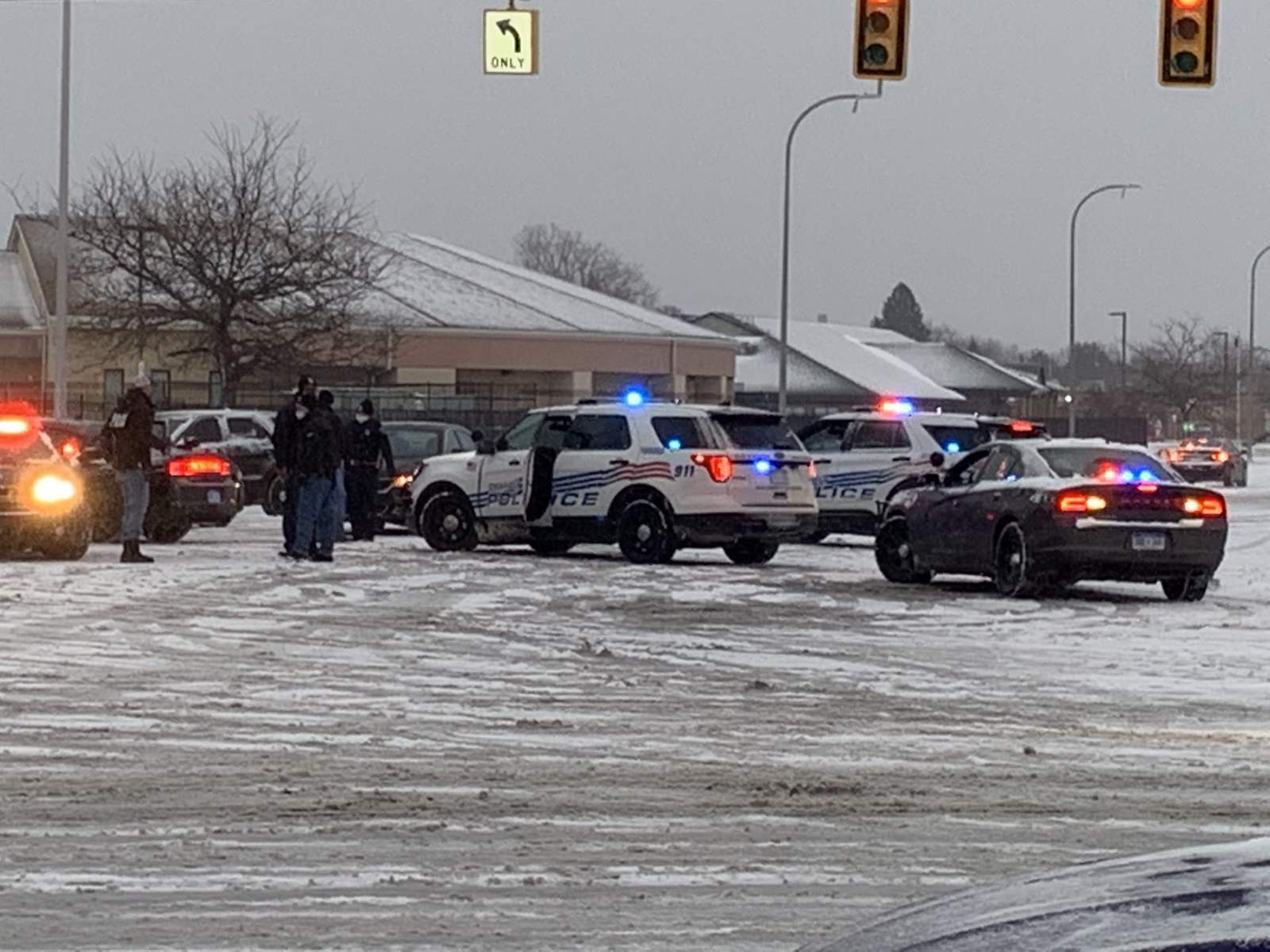 DETROIT – A man armed with a high-powered rifle was killed in a shooting with police after a woman was killed for placement of a child and fired shots at police, according to the authorities.

Officials say a 28-year-old woman was shot and killed by the 28-year-old man around 23:15 on Monday, around Grand River and Warren Avenue. On the west side of Detroit.

Police said two were in dispute over a childcare case.

Detroit Chief James Craig said the man involved in the shooting approached Fifth District in a large black SUV and landed with a “high-powered” rifle. He fired about four shots at police, Craig said.

“He pulls up in front of the police, gets out with a high-powered weapon, leans over the hood, and starts firing more shots at the police,” Craig said.

Eric Decker, DPD’s commander of serious crimes, said the bullets had penetrated the first bulletproof layer of glass at the station, but were stopped by the second layer.

The lieutenant at the desk asked for help, and when the units responded, the armed man left the front of the police, according to authorities.

When one of the respondents came across a police vehicle, the man shot at him, he hit the windshield at least once, officials said. Police said the windshield glass hit the forehead of the officer driving the vehicle.

Around 5 a.m. to 3 p.m., the man was sitting in a vehicle in a closed business parking lot, Craig said. Police knew he was armed and dangerous and made many unsuccessful attempts to contact him, officials said.

“A suspect placed under a barricade has been declared and our special response team has responded,” Craig said.

Police say after the shooting involving the woman, the man sent an SMS to family members saying he told them he would kill the 28-year-old woman if her child was taken away. He then referred to the police and an unspecified judge, according to authorities.

Members of the special reaction group arrived, bringing in armored vehicles to move close and preventing the man from moving. Police said they saw the man holding an AR-15 on his chest.

“As they moved in to lock it up, they could see him holding an AR-15 on his chest,” Craig said. “As the officers said, ‘Let me see your hand,’ he shook his head negatively, and it was a shooting between the subject and several officers of the SRT.”

The man, Craig said, was shot dead during the gun change. No officers were shot.

Craig said that while the man is sitting in the parking lot, he activates the turn signals and presses the officers with the brakes on the vehicle.

“If this suspect left this place, further bloodshed could have occurred,” Craig said. – About a bad situation.

Officials said the man had previously had an act of domestic violence and was still under an order outside Southfield.

Detroit police are still investigating the case. This is the ministry’s 31st high-risk event involving a barricaded person this year, Craig said.