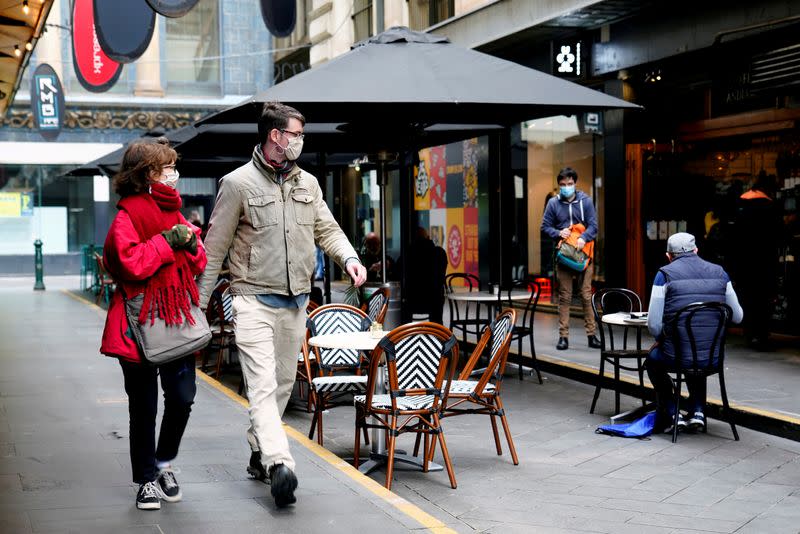 A popular holiday destination, the state of Queensland will allow visitors to the country’s two most populous states, New South Wales (NSW) and Victoria, next week after it closed its borders in August.

NSW has not reached COVID-19 for a month since then, where the source is unknown and restrictions on Sydney arrivals will be eased on December 1, Queensland Prime Minister Annastacia Palaszczuk said.

Victoria, formerly the country’s coronavirus hotspot, will also be welcomed if the state has no new case on Wednesday, which would mean 26 days without community mediation.

NSW and Victoria opened their borders on Monday, while the South Australian-Victorian border will fully open next week, serving as welcome news to local airlines, Qantas Airways and Virgin Australia.

Qantas said more than 1,200 return flights from Victoria and NSW to Queensland will depart before Christmas.

The moves will please Prime Minister Scott Morrison, who has forced state leaders to loosen some barriers to help revive an economy that shrank by 7% in the three months to the end of June, most since the start of records in 1959.

Looking ahead, Health Minister Greg Hunt said Australia, which has pledged to buy almost 34 million doses of AstraZeneca COVID-19 vaccine, is increasingly confident that it will be able to complete the vaccination program after the preliminary test results are published.

“Our vaccination schedule is starting to get stronger. Overseas news says we are moving towards the first vaccinations in March,” Hunt told reporters in Sydney.

According to AstraZeneca, COVID-19 vaccination, cheaper to prepare, easier to distribute and expand faster than its rivals, can be up to 90% effective.

Australia has reported more than 27,800 COVID-19 and 907 deaths since the start of the pandemic, but it is estimated that there are less than 100 active COVID-19 cases left, mostly in hotel quarantine.

Victoria said on Tuesday that it had zero active cases for the first time in more than eight months after a severe shutdown after daily infections exceeded 700 in early August.

Qantas, meanwhile, said it would insist in the future that international travelers be vaccinated with COVID-19 before their flight, calling the move a “necessity”.

“We’re changing our terms so we can tell international travelers we ask people to get vaccinated before they can board the plane,” CEO Alan Joyce told Channel Nine.

This approach may not be a global model because it would ban some people from traveling, the head of the IATA airline said. The test “was more critical of reopening borders than vaccination,” Alexandre de Juniac told Reuters.

Lufthansa and Ryanair also said they did not expect a vaccination demand, the CEO of low-cost airline Michael O’Leary referred to EU rules on free movement.

Australia closed its international borders in March and currently have to quarantine travelers returning from overseas for two weeks.