Biden is expected to name the economic leaders this week 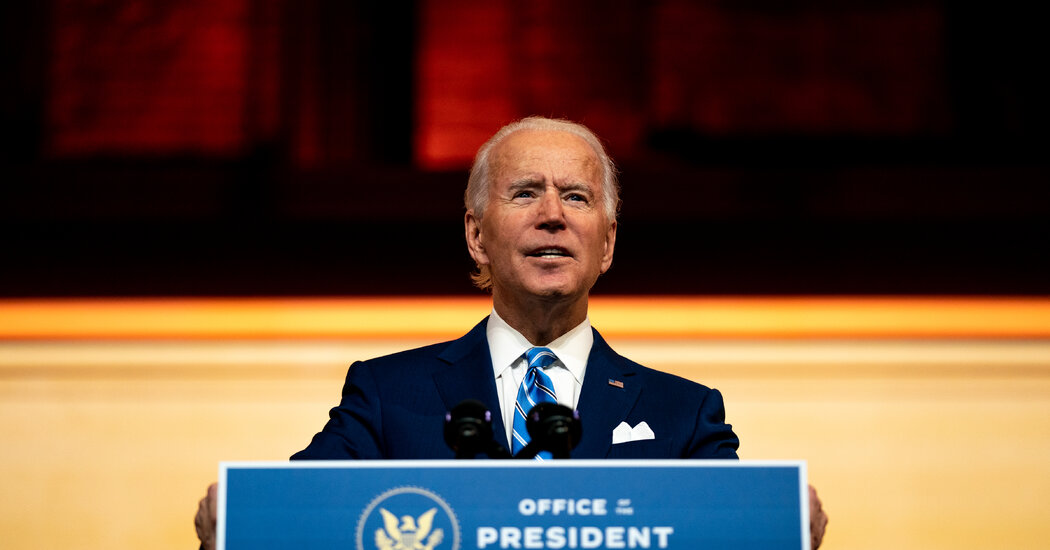 WASHINGTON – President-elect Joseph R. Biden Jr. is expected this week to name key members of his business team, including Neera Tanden, chief executive of the Center for American Progress under the leadership of the Office of Administration and Budget, and Cecilia Rouse. Princeton is a labor economist to lead the Council of Economic Advisers, according to people skilled in the matter.

Mr Biden, the main economic facilitator for his two presidential campaigns, Jared Bernstein and Heather Boushey, will join Ms. Rouse on the Council of Economic Advisers. Both Ms. Boushey and Mr. Bernstein come from a liberal, labor-oriented school of economics that sees growing inequality as a threat to the economy and emphasizes government efforts to support and empower workers.

The steps demonstrate Mr. Biden’s commitment to racial, gender and ideological diversity in senior advisory positions, while maintaining a close circle of advisors with deep experience as vice president.

But the appointments could disappoint Democratic Progressors, who are frustrated that their views are not adequately represented in early staffing decisions, and could result in a reassuring battle, especially for Ms. Tanden.

Republicans who are expected to retain control of the Senate will hardly get away with Ms. Tanden, who advised Hillary Clinton’s presidential campaign, was one of President Trump’s most prominent critics, and is seen as divisive and partisan.

But Senate Democrats also face a challenge given his role in the 2016 election. Many of those who worked for Senator Bernie Sanders of Vermont, who ran against Mrs. Clinton as well as Mr. Biden, remain convinced that Ms. Tanden was a member of a group of Democrats who worked behind the scenes to avoid her 2016 nomination. .

From 2009 to 2011, Ms. Rouse, an labor economist, served on Mr. Obama’s Council of Economic Advisers. He also served on the White House National Economic Council during the Clinton administration in the late 1990s.

Mr. Adeyemo, an immigrant from Nigeria, has extensive experience in the Treasury Department during the Obama administration when he was a senior adviser and deputy chief of staff. He is currently president of the Obama Foundation.