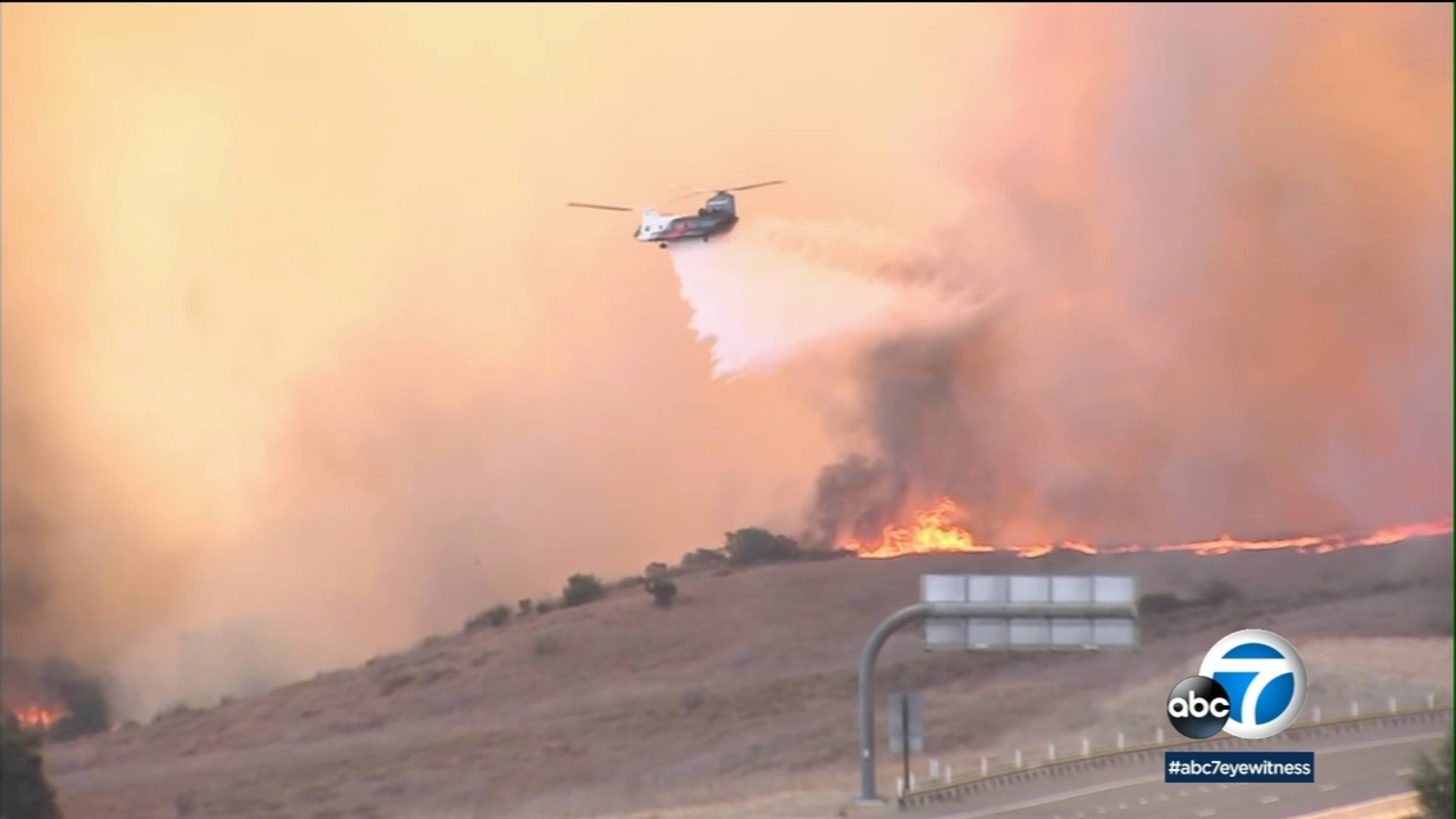 Orange County Fire Department personnel responded to block 29400 of Silverado Canyon Road on Wednesday at 10:15 p.m., attacking the flames from the ground and air.

Amid the increased fire risk due to strong winds, the flame rose to 7,200 acres and was 0% by Thursday noon, according to OCFA data.

A spokesman for the U.S. Forest Service told Eyewitness News that the injured firefighters who had to be transported by air are in the hospital and recovering from non-life-threatening injuries.

Residents of Foothill Ranch and Portola Hills, west of El Toro and north of Toll Road 241, were also ordered to evacuate. The rest of Portola Hills remained in voluntary evacuation warnings, officials said.

According to the Orange County Sheriff’s Department, 25,000 residents are under compulsory evacuation.

RELATED What to do in case of a wildfire

Fire department officials called on the displaced to follow the instructions. The Red Cross has set up a temporary evacuation center at Santiago Canyon College, Lot 2, at 8045 E. Chapman Avenue.

Residents in the Lake Forest area are also subject to a voluntary evacuation order. The order applies to houses north of Bake Parkway on toll road 241 to Musick to the Irvine border and north of 241 from Bake to Foothill Ranch.

Overnight, the flames caused difficulty for the crew, who said the fire was “growing fast” in a southwest direction.

According to OCFA, the flames closed Sand Canyon Road, from Jackson Ranch to toll road 241.

There is no confirmation of what caused the initial flames. However, there are rumors about the source among the evacuees.

The increased fire hazard continues in southern California when the winds of Santa Ana are coupled with dry conditions and warm temperatures.