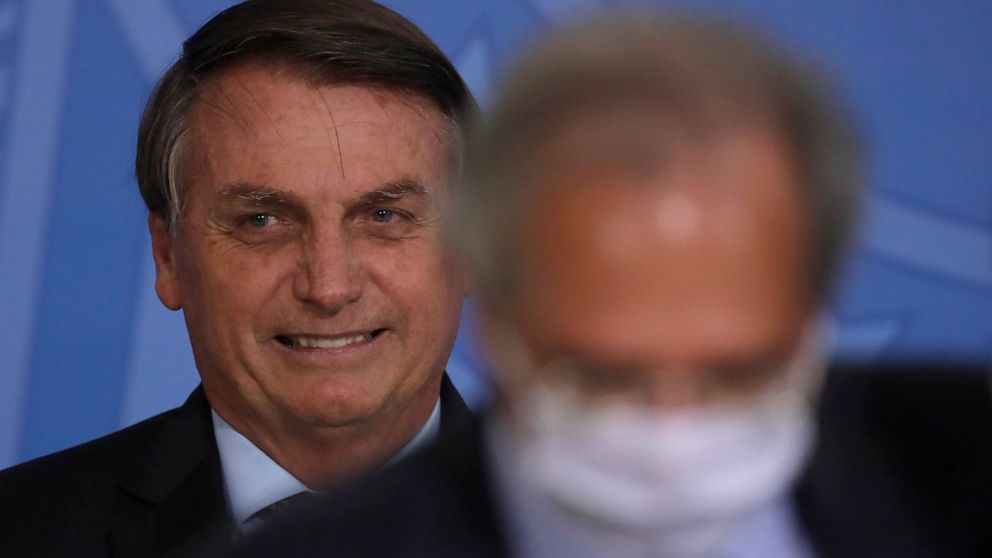 SAO PAULO – Brazilian President Jair Bolsonaro says he will not take a working COVID-19 vaccine himself and calls the use of masks to limit the spread of the disease “the last taboo to fall”.

However, Bolsonaro also said that all shots certified by the Brazilian health agency will be available to the public free of charge.

In July, the Brazilian president, infected with the virus, resisted for a long time the advice of most scientists and health experts to restrict social and economic activity, arguing that the damage from the closure would be more severe than the epidemic.

He has repeatedly promoted anti-malarial medicine as a cure for the disease, despite scientific studies finding it ineffective and potentially dangerous, and criticizing state governors who tested the Chinese shot at home.

“I’ll tell you; I’m not taking (any vaccinations). I have a right, and I’m sure Congress won’t cause trouble for anyone who doesn’t want to be vaccinated,” he said.

“If it’s effective, durable, reliable, someone who doesn’t take it only hurts, and whoever vaccinates doesn’t get infected. There’s nothing to worry about,” Bolsonaro said.

A study published on July 15 in the American Journal of Preventive Medicine found that social distance measures can be safely stopped if at least 75% of the population receives a vaccine that is more than 70% effective. Tests have shown that the potential efficacy of some vaccinated candidates is higher than this.

“If it were a less popular president, it could have little effect, but it would be the hero of many people,” Lago told the Associated Press. “Your hard supporters may not get shot, and this will generate more political debate over the right to non-vaccination. This will make it harder for Brazil to exceed this minimum level, 75% of the vaccinated population, which is key to making life return. to some normal level. “

Some vulnerable groups, such as cancer patients and pregnant women, may not be able to take COVID-19 vaccines and may still be susceptible to the virus.

More than 171,000 people died from COVID-19 in Brazil, after the United States alone.

“Forcing people to take the vaccine, or saying that whoever doesn’t take it, can’t get a passport, can’t do public work, is a dictatorship,” the Brazilian president said. “He who defends this is the dictator. Or a fake dictator who is willing to do business with the lives of others. “

The federal government of Brazil has an agreement to receive up to 100 million doses of the Oxford-AstraZeneca vaccine candidate if it works. Other developers, such as Pfizer, are said to offer bids to the Bolsonaro administration. The state of Sao Paulo, the epicenter of the Brazilian crisis, has agreed to buy a vaccine manufactured by the Chinese company Sinovac, which is in the final stages of testing.

Bolsonaro also questioned the use of masks to stop the spread, despite the fact that most health experts, including Lago, have proven effective since the start of the epidemic, according to several studies.

“It’s a matter of masks, sometime a serious study is being made to talk about the effectiveness of the mask,” Bolsonaro said. – This is the last taboo that fell.

At the start of the epidemic, Bolsonaro often ventured out of Brazil’s presidential palace and exposed his supporters, which he did less frequently after infecting the virus himself.