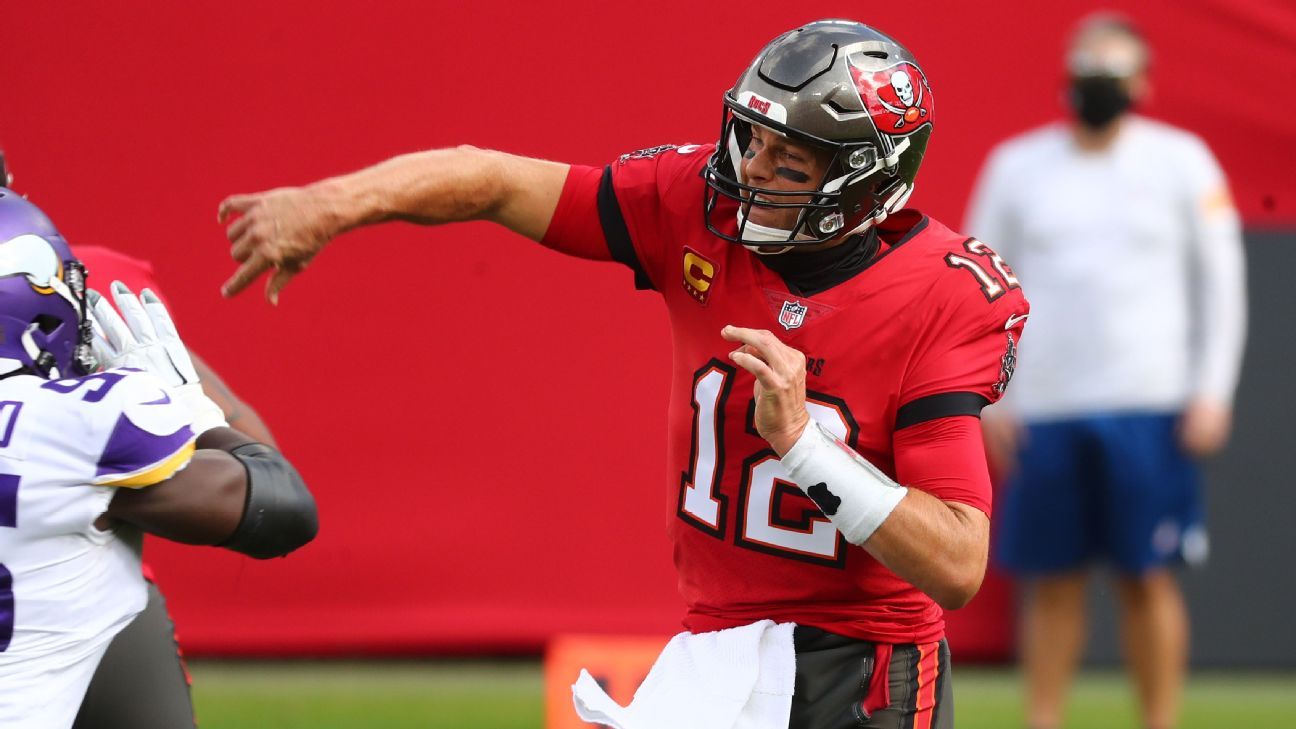 TAMPA, Fla. – After two offensive series that went virtually nowhere against the Minnesota Vikings, and with Dalvin Cook repressing, Tom Brady, a Tampa Bay Buccaneers defender, found the low point of Scotty Miller deep for a 48-yard touchdown to grab a 7-6 lead on Sunday.

The TD pass came in third and 4th from Minnesota 48, Miller shifted from left to right in front of the formation. Brady missed a deep shot until the close end of Rob Gronkowski in third and 3rd place in the opening possession, but the Bucs were helped by two missed field goals and a missed extra point for fighting Vikings striker Dan Bailey.

Brady’s pass to Miller made 48 airspaces, the longest end of the season for the quarterback. In the season, he was 0–2 by throwing 45 extra airspaces.