Cases of the Bay Area coronavirus are spinning up. Are deaths starting to rise as well? 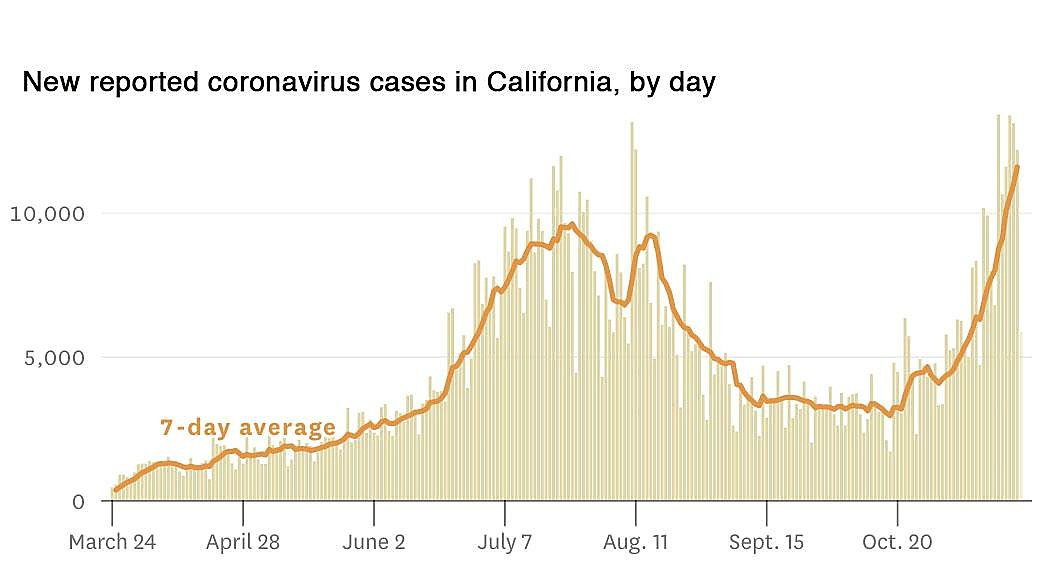 The third wave of coronavirus epidemics in the Bay Area has arrived, just before the holidays. Hospitalizations usually increase one to two weeks after cases jump, and deaths even up to two weeks later.

San Francisco has fallen into this wave with the lowest mortality rate of any major city in the United States. With the U.S. seeing the highest mortality rate since May, what do the latest figures for the Bay Area show?

Cases are on the rise in California and the Bay Area, mainly due to social gatherings, with most counties across the country reverting to the narrowest level of purple reopening. San Francisco, which was in the orange layer just weeks ago, is expected to turn purple this week. 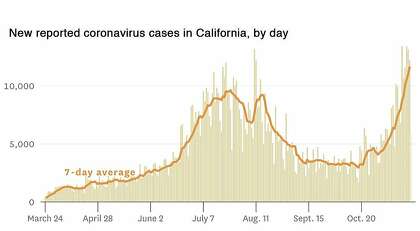 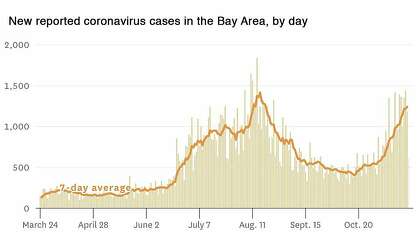 In California and the Gulf area, hospitalizations have not yet reached the peak seen in the summer. But they are rising at an alarming rate. Health officials have given an alarm over how this wave of incidents could stretch the hospital system. Some counties fear they may exceed capacity in the next two to three weeks, especially if they see a further increase after Thanksgiving, public health officials said on Friday. 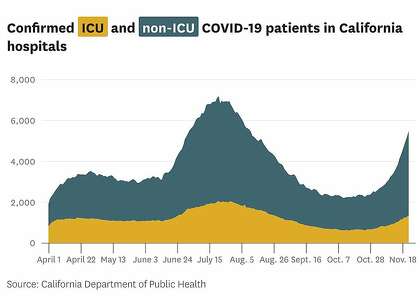 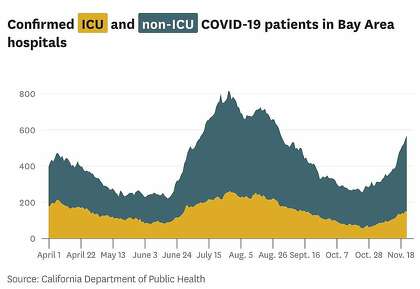 In California, deaths began to rise in mid-November. However, the same upward curve has not yet been seen in the Bay Area. 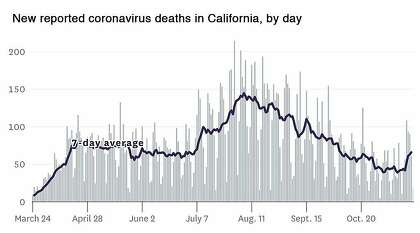 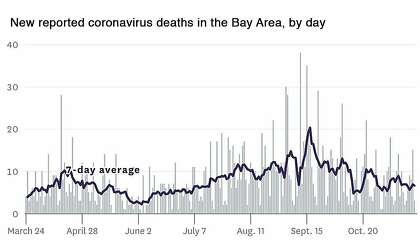 This is due in part to the fact that Bay Area counties have been consistently cautious about restricting activities compared to other parts of California in recent weeks, said Art Reingold, an epidemiologist at UC Berkeley. “Deaths are partly a function of how many people become infected and suffer from a serious illness, and partly a function of the quality of care,” he said. “There are usually very good hospitals (and) very good quality care in the Bay Area.”

According to him, the age and underlying condition of infected groups may also play a role. But a big additional factor is timing. The number of deaths begins to drip weeks after hospitalizations rise, often weeks after the case counts. Due to the gap, the image may be a few weeks behind.

“We may not have widespread vaccine-induced immunity before early spring to save us, so it’s certainly a concern that the next holidays could lead to a boom in infections and, if they do, they will increase in hospitalizations and deaths,” he said. Reingold.

It’s right around December 7, when UC Berkeley’s infectious disease expert John Swartzberg expects the bay area to face another Thanksgiving and then, roughly two weeks later, an increase in the number of hospitalizations. If and when this happens, the death of this surge will depend on the availability of hospital beds.

Swartzberg said he is concerned that the rates the country is currently experiencing will soon deplete their health capacity and cause a shortage of beds in the intensive care unit, as Minnesota and Arizona see in their caregivers.

If there is a shortage – or if the bay area is overcrowded – it could take into account the number of deaths we are starting to see for the New Year, he said.