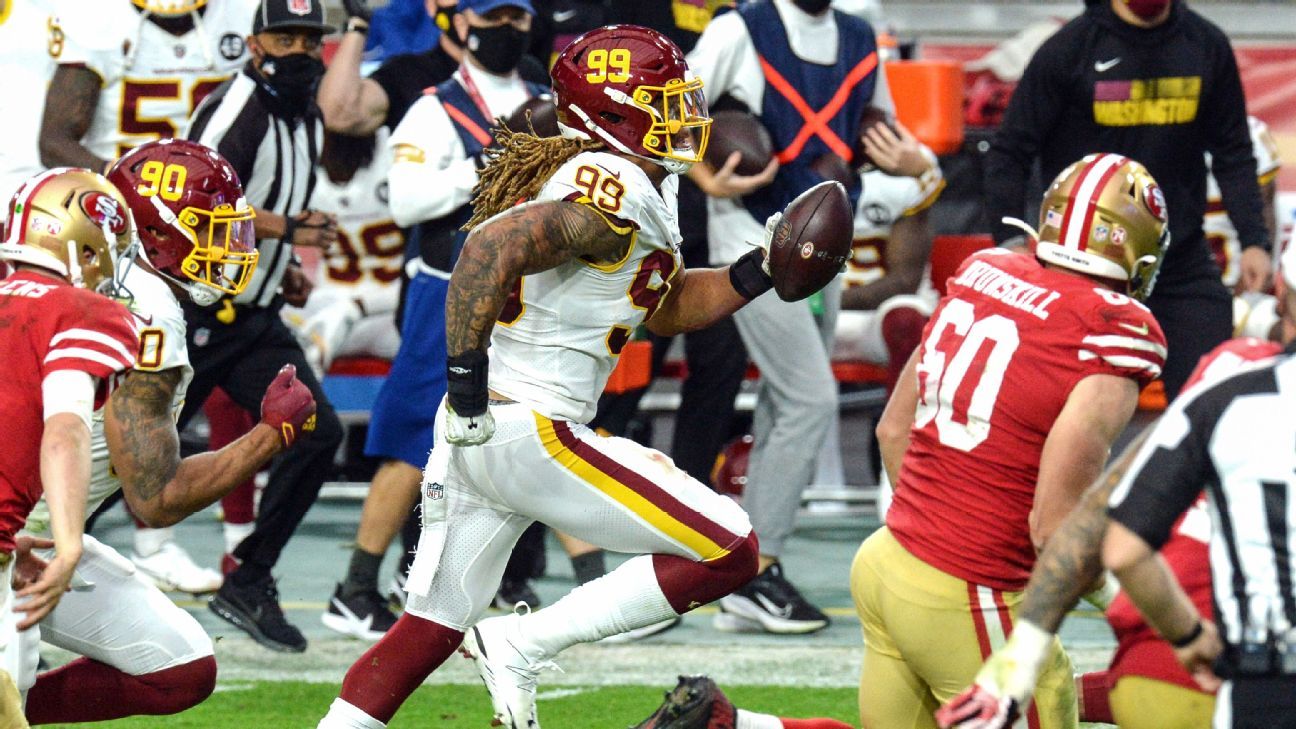 Washington Football Team rookie defensive end Chase Young closed a formidable first half. And then it got better.

Young picked up the fumble and returned 47 yards to a touchdown, with 58 seconds left in the first half, giving Washington a 12-7 lead against the San Francisco 49ers. It was the first touch of his career and he continued the first half, which was arguably the best of the season.

In the play, Young showed up from the center from his left end position. As quarterback Nick Mullens stepped to the right – holding the ball loosely – the defensive gear, Daron Payne, reached out and took the ball off. Young rushed in, picked it up and scored a goal without having to avoid future strikers.

In the first half, Young also had a bag, and his awareness and presence affected other games – such as a paddle pass by placing his hand in the throwing lane.

Chase Young is the DUDE

And you can see the impact on NFC East competition! 🚨🚨 pic.twitter.com/zQG2Ci2Qtm

He also forced a groping that led to a Washington field goal in the series before he reached it.

This is what Washington envisioned when he was chosen second overall in April. He entered the game with 4.5 sacks, but the anti-running game and the ability to influence games with efforts not listed in the statistics book was a joy for the coaches.