Dabo Swinney fires a shot at the Ohio State SEC 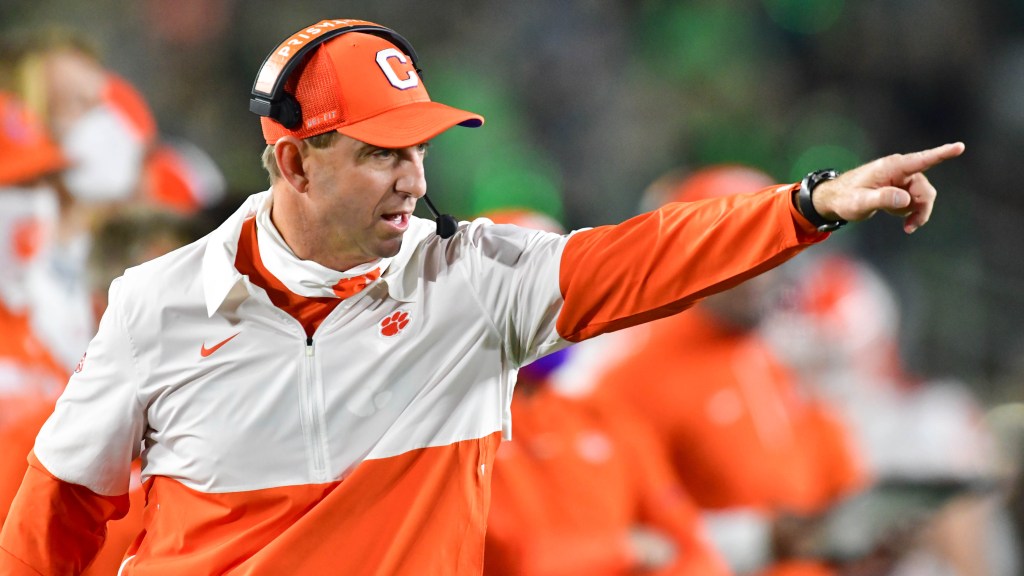 If you’ve been watching over the past few weeks, SEC Commissioner Greg Sankey has revealed that he is proud of his conference for accompanying his Dec. 12 matches ahead of next weekend’s conference tournament.

Clemson and the head coach of the two-time national league, Dabo Swinney, were asked on Sunday that Sankey had spoken out loud about the ACC canceling both the Clemson and Notre Dame matches this weekend, to which he had strongly rebounded:

– If six wins can get in, shouldn’t there be nine or ten? Sweeney asked, “If the ACC were really trying to defend Clemson and Notre Dame, we wouldn’t be playing this weekend, but that’s not the point. We want to crown a worthy champion. ”- Dabo Swinney

Brian Kelly said something similar, though not as direct, after Notre Dame won at Boston College on Nov. 14, claiming the team’s eighth win exceeds the number of matches played by the ten big teams.

This is a fair point for Swinney and follows a day after the previous example.

Florida knocked on the College Football Playoff appearance before LSU upset it on Saturday, a perfect example of why the number of games played is important.

I’m not saying Ohio State is guaranteed to lose once if it plays 10 games this year, but it’s absurd to suggest that it would be impossible to see that in college football.

When Ohio State last won a national title in 2014, the same apparently great Buckeyes team knocked out 35-21 from a Virginia Tech team on the home field, closing a total of 7-6.

It has happened before. It’s been repeated over the weekend, and it’s sure to be repeated.

Swinney was also asked if he thought both Notre Dame and Clemson were worth playing, no matter what was happening in the ACC tournament game, it was completely in line with that idea.

And I couldn’t have agreed with him more.