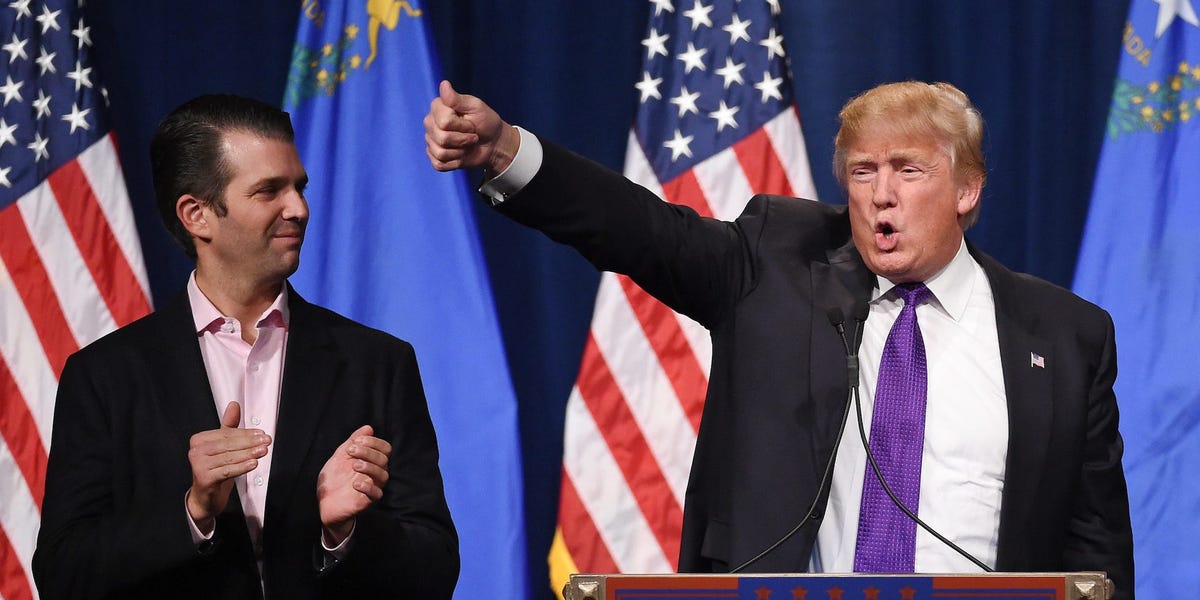 Donald Trump Jr. criticized the Democrats for “gracefully losing” Republicans and said his father, former President Donald Trump, had shown he could “really step back.”

In a Fox News speech on Thursday, Trump said several Republicans are unwilling to stand up to the Democrats and must behave as former presidents.

“Republicans are unwilling to do it. They have proven this over the decades,” the host told Sean Hannity in an interview.

He continued, “I think they’re more graceful to lose. I don’t think that’s a plan I would go with. That’s what they did. Donald Trump showed that he doesn’t have to do that. Back.”

You can watch him speak here:

Since taking office, President Joe Biden has signed a series of executive actions that will destroy the policies of the Trump era and strongly urge the promotion of a new stimulus package.

Some Republicans have indicated they are open to working with Biden, who has promised to return the bipartisan system to American politics.

Former President Trump, for his part, reacted to his election loss by rejecting the results and making false accusations.

His series of attacks included unsuccessful legal bids on the results and spread conspiracy theories.

He also tossed up his supporters several times, encouraging them to “fight” against Biden’s victory. The culmination of this was Jan. 6, where he gave a speech in Washington DC to encourage supporters and use violent images.

This quickly escalated into unrest in the U.S. Capitol, where lawmakers confirmed the results of the November election. The riot led to five deaths, including a capitol police officer.

This led to Trump being indicted by the House of Representatives in January. Accused of inciting the January 6 uprising, he became the first president to be charged twice.

But the Senate, where it enjoys strong Republican support, voted for him.