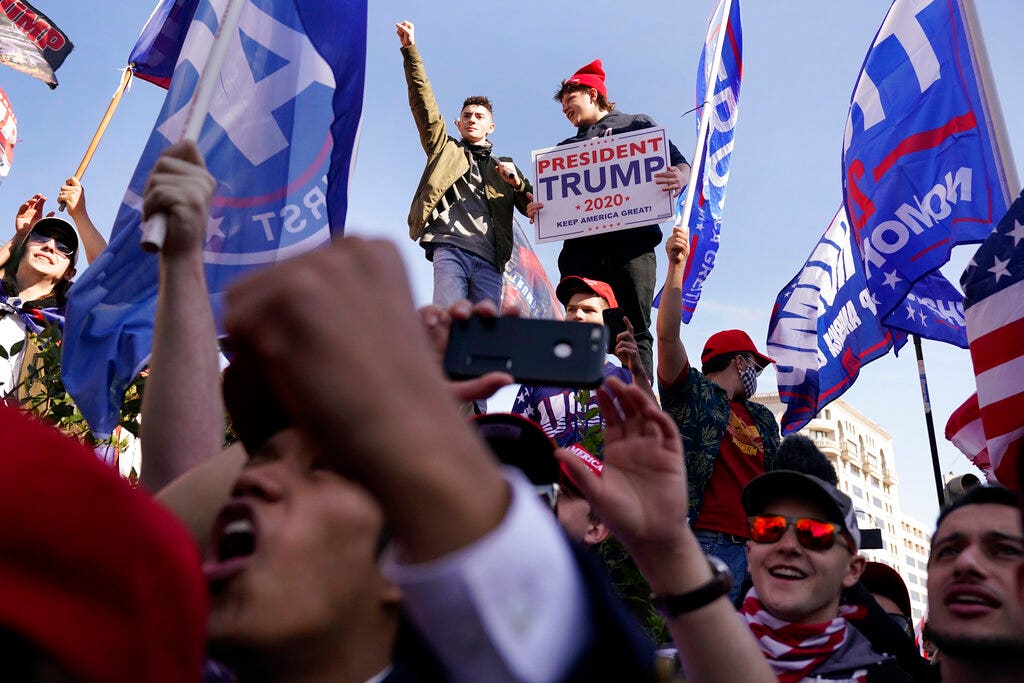 Donors are suing a pro-Trump group for failing to deliver on its promises to overthrow the election results in favor of President Trump.

Fred Eshelman sued Houston-based True the Vote Inc. for $ 2.5 million – the amount of donations made to the organization – for “vague responses, commonplaces and empty promises” he said he received after inquiring into investigating alleged voter fraud.

Vote True has promised to “investigate, bring to justice and uncover suspected illegal voting and fraud in the 2020 general election”.

The group has filed lawsuits in several battlefield states and collected reports from whistleblowers that they have witnessed attempts to obstruct legal vote counting.

LIVE UPDATES: TRUMP says he will leave office if the electoral college will vote

But Eshelman’s lawsuit, filed in federal court in Houston on Wednesday, claims his donations were in vain and the group failed to inform him of the status of the election battle, so Bloomberg reportedly reclaimed his money.

Eshelman said in the complaint that True the Vote offered him a million dollars if he did not sue, Bloomberg notes.

Eshelman is a former CEO of pharmaceutical manufacturing and founding president of Furiex Pharmaceuticals.