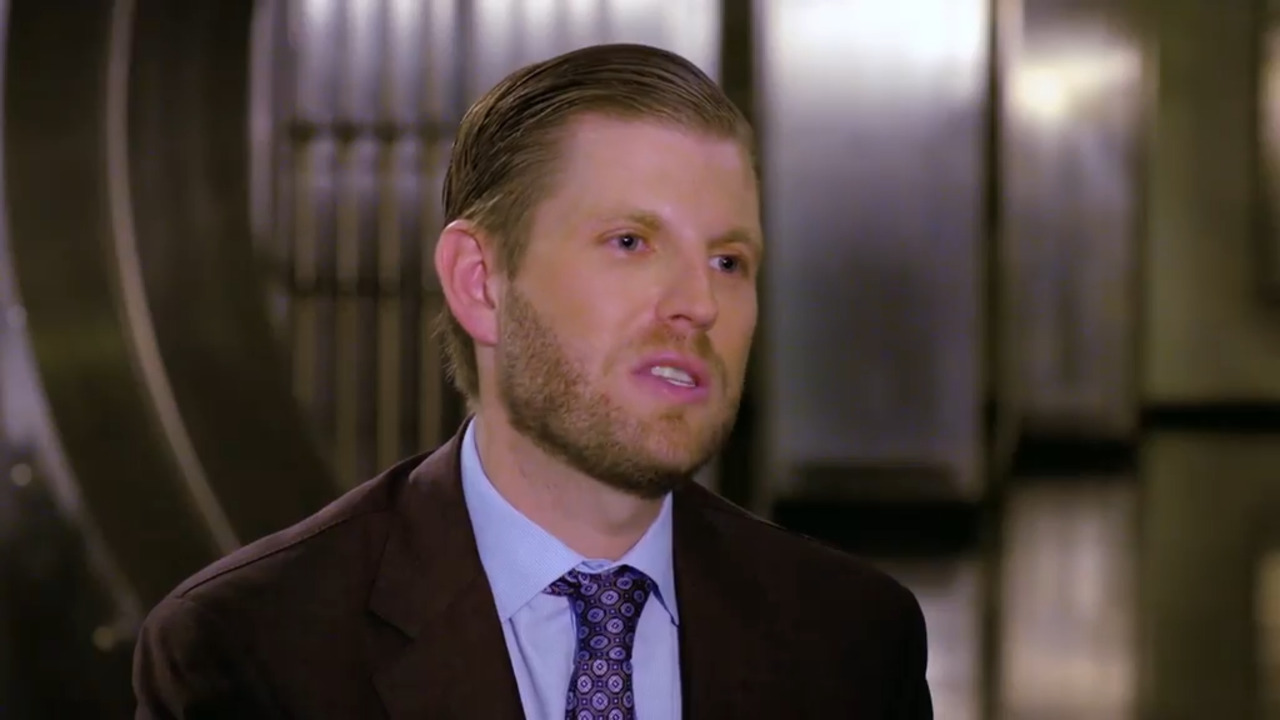 President Trump’s second son, Eric, told Fox Business presenter Maria Bartiromo that his parents ’“ careless divorce ”helped him develop a thick skin that would have served well for the public scrutiny that accompanied his father’s campaign and presidency.

The younger Trump spoke honestly with Bartiromo in a rare interview with Fox Nation called “The First Family,” in which he talked about his “unconventional” upbringing and how he handles his parents’ separation, which dominated the tabloids at the time.

“I may have never really put together two and two, but that’s probably when we started to get a little out of the spotlight, some of the attention, and I had to learn not to care about it,” he told Bartiromo.

Eric, Donald Trump’s first child, the youngest of Ivana’s three children, was eight years old at the time of the divorce.

The younger Trump told Bartimoro that despite the “very hard and public” rift, his mother supported Trump’s presidential candidacy.

“The most interesting thing is that when we think about this relationship, we had two people, they broke up, they went their separate ways, a very sloppy divorce that everyone in the world covered,” Eric said. However, he added, “if you ask him about him, he says he’s the biggest president, and that says a lot about an ex-wife, especially in light of a very tough and very public divorce.”

Eric described his father’s parental style as “unusual but unbelievable.”

“He was less of ‘Let’s go out to the yard and play ball.’ [parent]but much more “Let’s go for a walk on this 70-story tower at the construction site …” he recalled.

“But,” Eric explained, “he was strict too. You had to do well in school. Every day I left, I was six years old, he said, ‘No drinking, no drugs, no smoking.’ That was it. He was always so disciplined.” , but at the same time, in the age of young professionals, it gave us enough leeway to spread our wings a little and learn. “

Despite Donald’s nonsensical approach, Eric said Mother Ivana had taken on the role of “disciplinary.”

“Unbelievable,” he said of his mother. “He is one of those special people, I have seen very little in my life who are elegant but tough as nails. He was very tough, he was definitely a disciplined but wonderful man. He can be so friendly, he can be so warm …

“He says what’s on his mind. He’s actually similar to my father in a similar way,” he added. “It was tough, but … he ruled with an iron fist.” You thanked me, please, you opened the doors.

Eric’s full interview and more exclusive behind the scenes from “First Family” are available at Fox Nation as part of the “Trump Nation” collection, which showcases the life and legacy of the 45th President of the United States.

Fox Nation programs can be viewed on demand and from the mobile app, but only for Fox Nation subscribers. Visit Fox Nation to start a free trial and check out the extensive library of personalities of Tomi Lahren, Pete Hegseth, Abby Hornacek, Laura Ingraham, Ainsley Earhardt, Greg Gutfeld and many more of your favorite Fox News personalities.