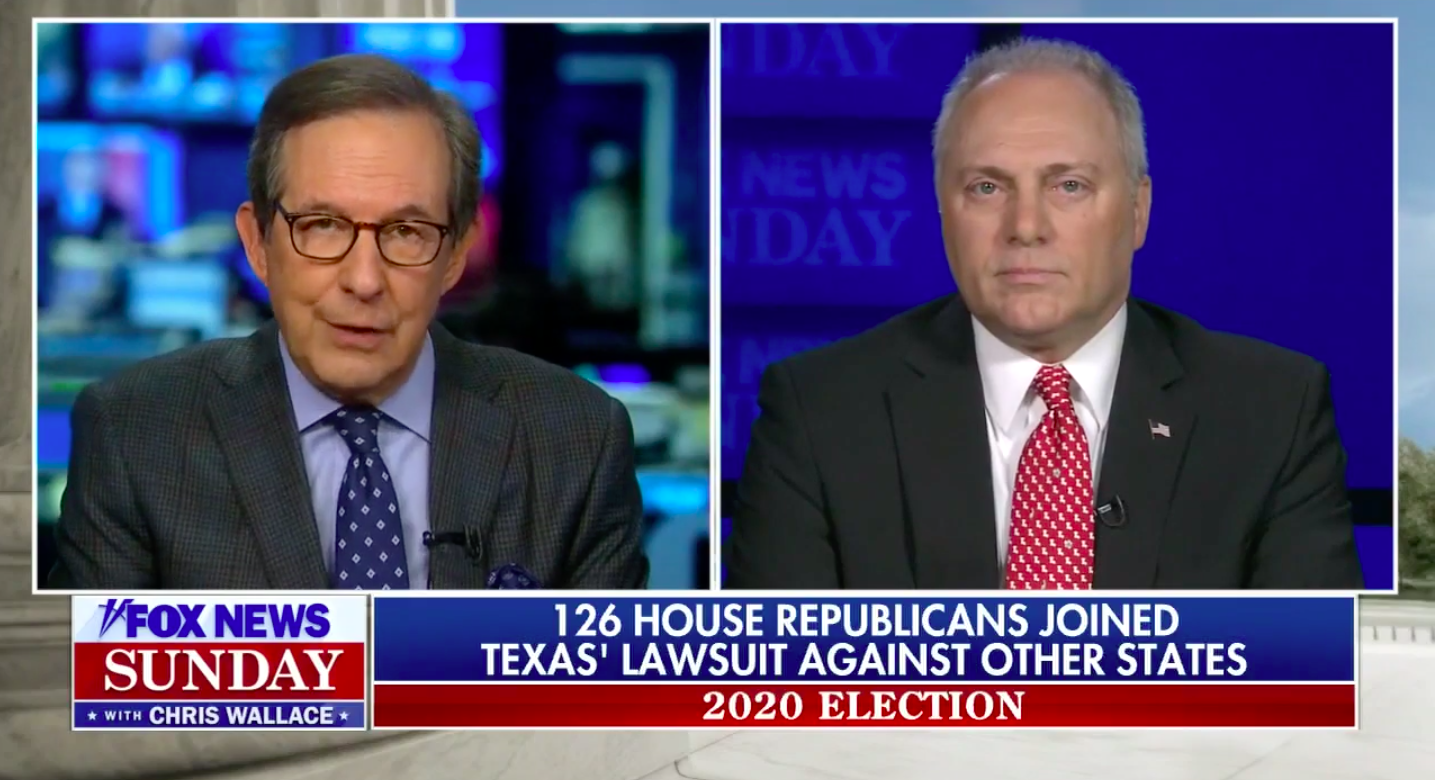 Fox News anchor Chris Wallace confronted Steve Scalise, a Louisiana Republican who acted as a minority whip in the House, over support for a long-running lawsuit before the Supreme Court last week in an attempt to overthrow President Joe Biden’s election victory over V College.

Texas Republican Attorney General Ken Paxton filed the petition with the Supreme Court last week and asked the country’s Supreme Court to reverse the findings in Georgia, Michigan, Pennsylvania and Wisconsin. The court dismissed the lawsuit, and several prominent Republican lawmakers, including Texas Senator John Cornyn, criticized Paxton’s briefing. But Scalise joined more than 120 Republicans in the House of Representatives and signed the amicus abbreviation in support of the lawsuit before he was thrown out.

“There were dozens of lawsuits and they were dismissed by state courts, federal courts, federal courts by judges appointed by Donald Trump, and on Friday night the Supreme Court filed a lawsuit filed by Texas … 126 Republicans in the House – including you , sir, ”he signed this lawsuit,” Wallace explained in an interview with Scalise. Fox News on Sunday.

“He was thrown out by the Supreme Court without even being heard. It was the lawsuit that threw out the votes in four vibrant states … I mean, he was talking about the disenfranchisement of 10 million Biden voters supporting the election president. In these four State, “Wallace continued. “Are you comfortable throwing away millions of votes from your American friends?”

Scalise insisted “no one wants to throw out votes.” According to the top Republican, the Texas lawsuit argued that the four states had not complied with their election laws. “The Constitution is very clear that state legislatures determine the electoral process. Some secretaries of state have changed these rules.”

“The Supreme Court threw this out,” Wallace repeated in his response. – They didn’t even think he deserved a hearing.

Before the Supreme Court dismissed the case, Cornyn questioned the legal theory pressed by Paxton’s presentation.

“First: why would a state, even a state as big as Texas, have a say in how other states manage their elections?” the Texas Republican senator told CNN last week. “We have a scattered and scattered system, and while we may not like it, they may think it’s unfair, these (election policies) are decided at the state and local levels, not the national level.”

Ben Sasse, the GOP senator in Nebraska, also criticized the lawsuit, suggesting that Paxton, who is being investigated by the FBI for alleged corruption, has sought pardon from Trump.

“I’m not a lawyer, but I suspect the Supreme Court is slipping this. his lawyer does not sign, “Sasse said The Washington examiner on Thursday.

Talking about Detroit Free Press on Saturday, after the Supreme Court dismissed the lawsuit, Michigan Attorney General Dana Nessel accused Republicans supporting the Texas mandate of violating their oath of office – as did Scalise.

“These are people who, in my opinion, broke their oath of office. And to reassure a demagogue, they chose Donald Trump instead of democracy and their constituents,” Nessel said.

Newsweek reached for a comment on the Trump campaign but received no immediate response.