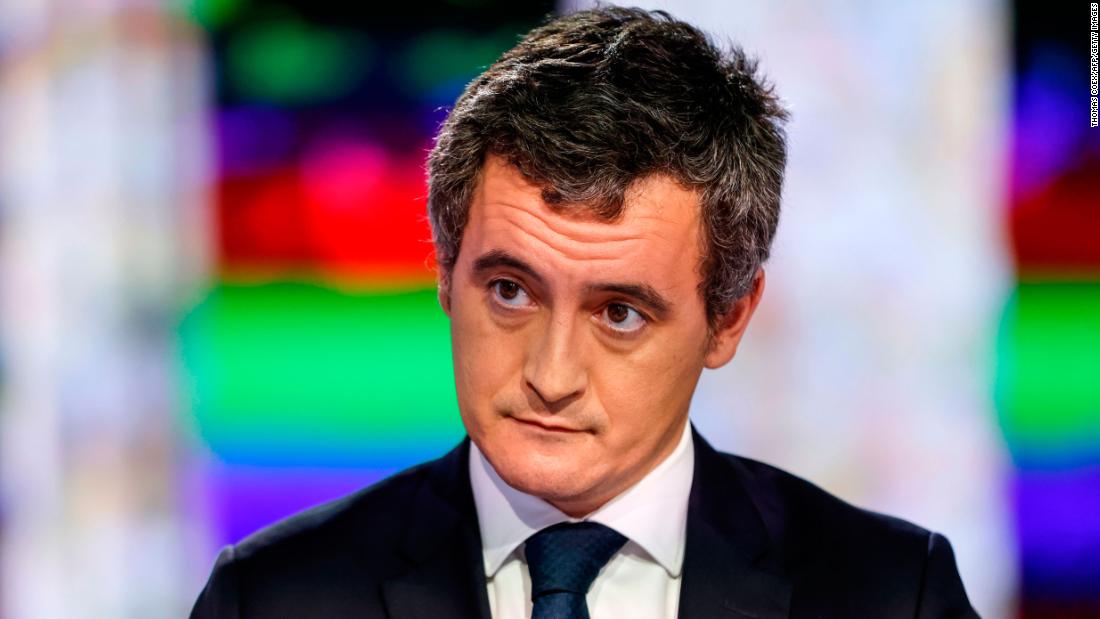 French Interior Minister Gérald Darmanin said he had personally ordered the suspensions after the security camera footage was published on the Loopsider news site.

Saturday’s video shows a man identified as his lawyer, Michel Zecler, was beaten by officers.

“These images are unspeakable, extremely shocking, and as soon as I learned about them and what happened, I asked for these police officers to be suspended,” Darmanin said in a televised speech Thursday night.

“As soon as the facts are confirmed by the judiciary as it investigates, I will ask for the dismissal of these police officers,” he added.

Loopsider released an interview with an unnamed, injured man who he said was the victim of the beating. “The moment I’m scared, I tell myself that maybe today is my last day, here’s what I thought to myself, this is my last day, and I don’t know why,” he said in the video.

According to Reuters, the man told reporters that he was walking near his studio without a face mask, in violation of French Covid-19 rules. He said he snuck into the studio when he saw the cops to avoid the fine. The man said officers were then physically beaten and subjected to racial abuse.

The Paris police prefecture said in a statement on Thursday that the French internal police investigative body had been asked to investigate the case and added that the director general of the National Police should be suspended as a precaution to suspend the police officers concerned. CNN was unable to immediately determine who represented the suspended officers.

The incident takes place amid protests against police brutality in France, and a few days after another video of police violence shocked the French population. This video was taken on Monday during an operation to dismantle a migrant camp in central Paris.

Darmanin then tweeted that “some of the pictures taken of the demolition of the illegal migrants’ camp were “shocking.” He later said he had also asked the French internal police investigative body to investigate the operation.

Claire Hédon, the French civil rights ombudsman, announced on Tuesday that she, too, is investigating police measures.

The Paris prosecutor’s office told CNN that an investigation had been launched into both the migrant camp case and the beating.

On Tuesday, two separate investigations were launched into the dismantling of the camp – one allegedly against a migrant and the other against violence against journalists, the prosecution said.

Recent events have sparked a debate on a global security bill passed by the French National Assembly on Tuesday. The widely criticized bill prohibits the publication of images that allow a law enforcement officer to be identified “with intent to cause them physical or mental harm.”

The restrictions, which have yet to be approved by the Senate, have sparked protests from civil liberties organizations and journalists. Christophe Deloire, secretary general of Reporters Without Borders, tweeted on Thursday to meet with French Prime Minister Jean Castex to discuss the law and announced that he would soon set up an independent committee to decide on it.