Georgia Secretary of State’s message to Trump after recalculation of state election: “You must leave in silence” 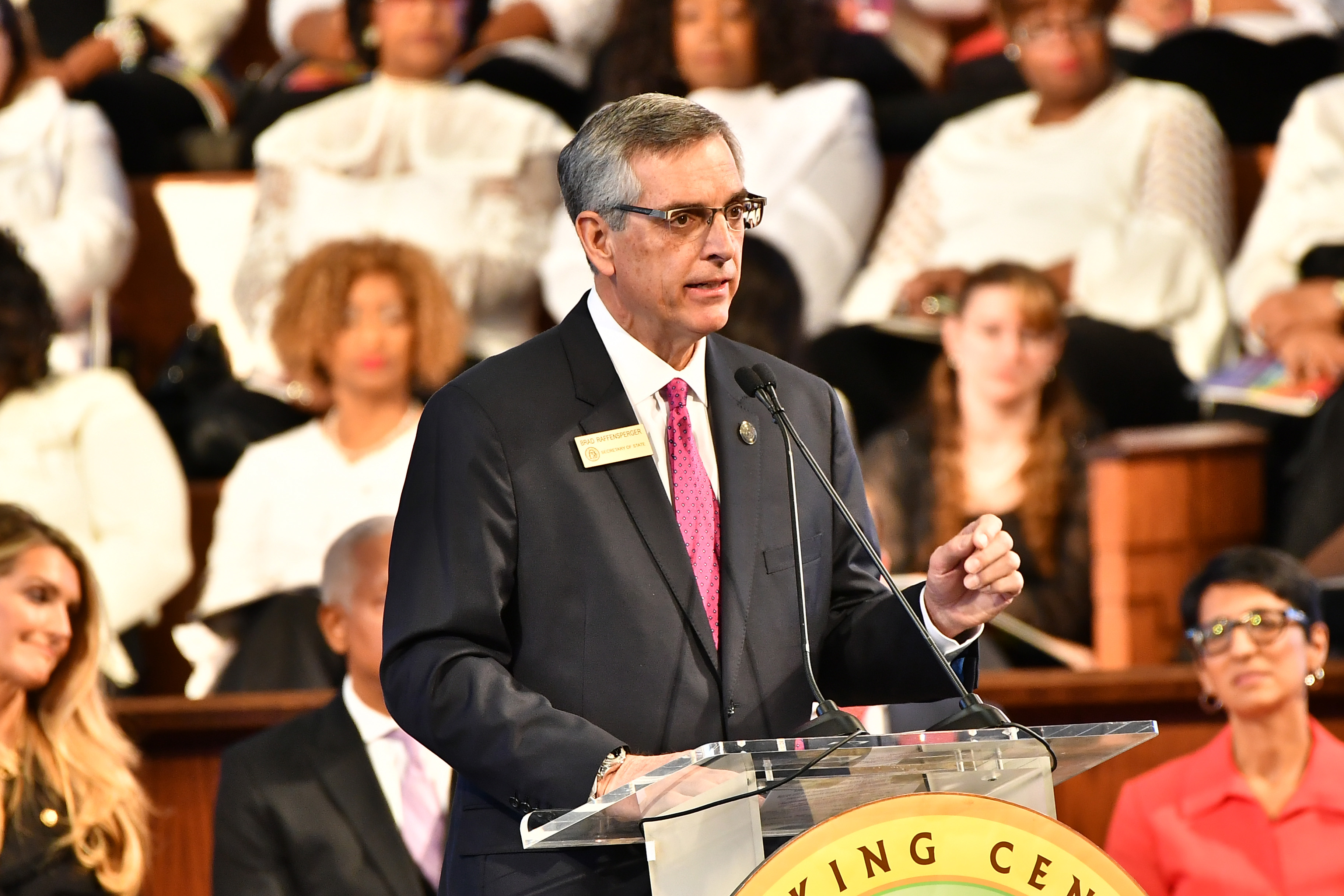 In an interview published in A. Atlanta Journal-Constitution Republican Raffensperger said on Saturday that he had received threats and angry messages from the president and GOP fellow politicians who disagreed with his decision to justify the election.

“As Secretary of State, it is my job to make sure we hold fair and honest elections, I follow the law, I follow the process,” Raffensperger said in the interview. “If you lose an election, you have to leave in silence. That people’s will has been expressed,” he added.

Raffensperger’s office confirmed the election results after a laborious manual recount on November 20th. According to data released by his team, the recount confirmed that Biden won by more than 12,000 votes out of Georgia’s 5 million.

But the announcement came as a shock to the Trump campaign, who wanted to maintain the president’s early leadership in Georgia. Twitter attacked Raffensperger on Twitter and accused him of involvement in fraud.

“Georgia’s foreign minister, the so-called Republican (RINO), does not allow people who check ballots to see fraud signatures. Why? Without it, the whole process is very unfair and almost pointless. Everyone knows we have won the state,” he tweeted.

Georgia’s two GOP senators, Kelly Loeffler and David Perdue, whose terms expire, called on Raffensperger to resign from the “mismanagement and lack of transparency” of the election, but set no example.

Raffensperger said in response, “let me start by saying that this is not going to happen. The Georgian voters have picked me up and the voters will be the ones to fire me.”

Two days after Raffensperger confirmed Georgia’s election, the Trump campaign called for another recount after falsely claiming that election officials could not verify the signatures on the envelope of the state’s missing ballot paper.

On Thanksgiving night, Trump called Raffensperger an “enemy of the people” and falsely accused him of working with Stacey Abrams to harvest the ballots.

However, Raffensperger made a firm decision to justify the results, stating that although he wanted the result to be different, the state of Georgia chose Biden.

“Like other Republicans, I am disappointed that our candidate did not win Georgia’s election vote. The final election is a vote of no confidence. People feel they have been deceived,” the secretary of state said.

“I don’t think it’s helpful to arouse doubt in the election process,” Raffensperger added. “Maybe people will raise their arms and say, ‘Why vote?’ “

Newsweek He turned to Raffensperger for further comments, but did not receive a proper response to the publication.