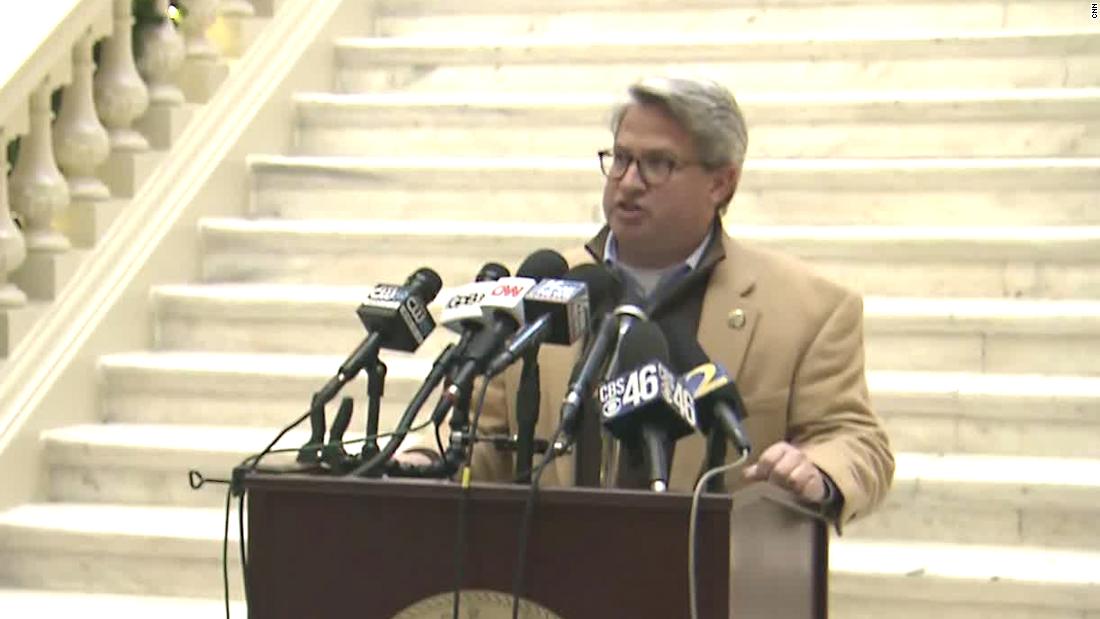 “It all went too far,” said Gabriel Sterling, Georgia’s foreign minister’s office’s executive systems for voting systems, at a news conference at the Georgia Capitol on Tuesday afternoon.

Republican Sterling visibly became emotional when he described the case of a video of a Gwinnett County Dominion Voting Machines entrepreneur being distributed on the Internet alleging manipulation of votes. After circling the video, the man was charged with treason and found a noose outside his house. The man’s family members received death threats, Sterling said.

“Be the bigger man here and stop – come in,” Sterling added. “Tell your fans not to be violent, not to be scared. All wrong, not American.”

Tim Murtaugh, director of communications for Trump’s campaign, told CNN on Tuesday that “the campaign is focused on securing the total number of legal and illegal votes. No one should engage in threats or violence, and if that happens, we fully condemn it. … “

For weeks, Trump has filed a number of unfounded fraud claims in Georgia for which there is no evidence. More than a week later, Republican officials declined Trump’s call to overthrow the state’s election results after Joe Biden was declared a winner. Biden won the state with more than 12,000 votes.

The Trump administration crucified whistleblowers and others who spoke in opposition during the president’s term and refused to accept his conspiratorial stance on the election. In particularly extreme remarks, a Trump campaign lawyer issued a violent call on Monday against a former cybersecurity official who denied the president’s baseless allegations of widespread voter fraud. Lawyer Joe diGenova later tried to withdraw his remarks, portraying them as jokes.
Sterling criticized Tuesday’s incident, saying DiGenova, a former U.S. lawyer, “knows better.”
Sterling said he had police protection in his home, and the wife of Secretary of State Brad Raffensperger, Georgia, received “sexual threats.” Threats to Raffensperger were allegedly confirmed after Trump called Raffensperger an “enemy of the people.”

The election official said he supported the Republican sens. David Perdue and Kelly Loeffler, who run in Georgia’s January election, but added they “need to step up this certain thing”.

“This is the backbone of democracy, and all of you who didn’t say a damn word are complicit in this,” Sterling said.

He added: “Dangers of death, physical threats, intimidation. Too much. Not right. They lost the morally high ground to claim it.”

In response to Sterling’s remarks, John Burke, director of communications for Perdue’s campaign, said the senator generally condemned the violence while maintaining that there were no unspecified problems with the state’s election methodology. There is no evidence of electoral fraud in the state.

“Senator Perdue condemns all forms of violence against anyone. Period,” Burke said in a statement to CNN. “We will not apologize for dealing with the obvious problems in conducting our state elections. Georgians deserve accountability and improve the process – and we are fighting for the January 5 elections to be safe, secure, transparent and accurate.”

Stephen Lawson, communications director for the Loeffler campaign tweeted similar sentiment, condemned the violence and claimed without evidence that the state’s electoral system was in some way polluted.

“Like many officials, Senator Loeffler, like the one who was threatened, naturally condemns all forms of violence. How ridiculous to think otherwise,” Lawson wrote. “In the process of the electoral system, we also condemn inaction and lack of accountability – and we will not apologize for the call. Senator Loeffler will continue to fight for fair, reliable and accurate elections because our country’s future is at stake.”

CNN’s Caroline Kenny and Ryan Nobles contributed to this report.