Giant goldfish – 9 pounds! he found in a small lake 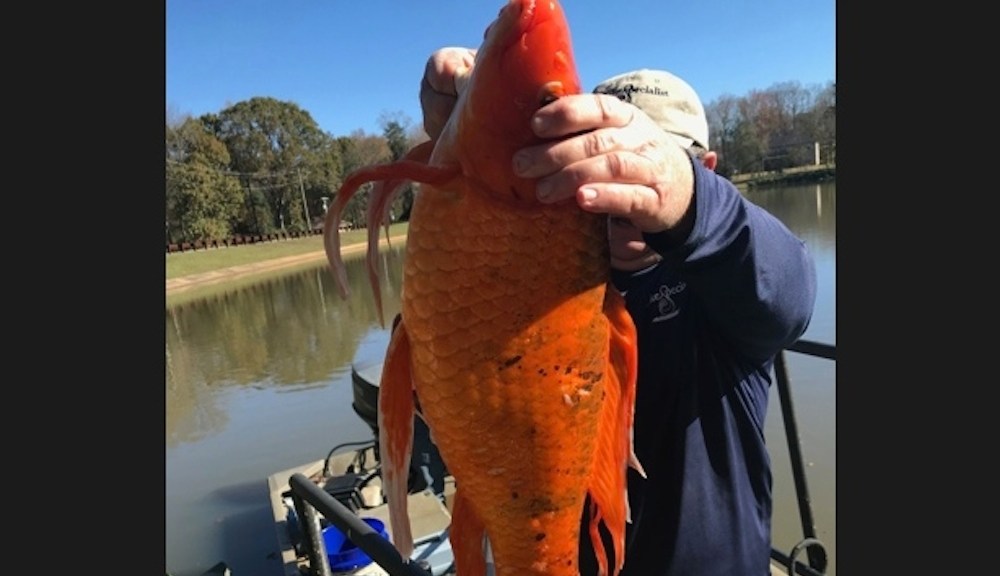 Biologists researching Lake Oak Grove in South Carolina discovered a 9-pound goldfish that had been in the lake for an unknown period of time.

– Does anyone miss the goldfish? asked the Greenville Recreation Center on Facebook on Monday.

Goldfish, formerly a much smaller aquarium fish, rose to the surface during an electroshock test to determine the health of the 12-acre fishery.

The 15-inch goldfish stood out blindly compared to other fish that were stunned for a short time to be considered part of the study. (Goldfish usually fit in a glass bowl, but can grow large in the wild.) 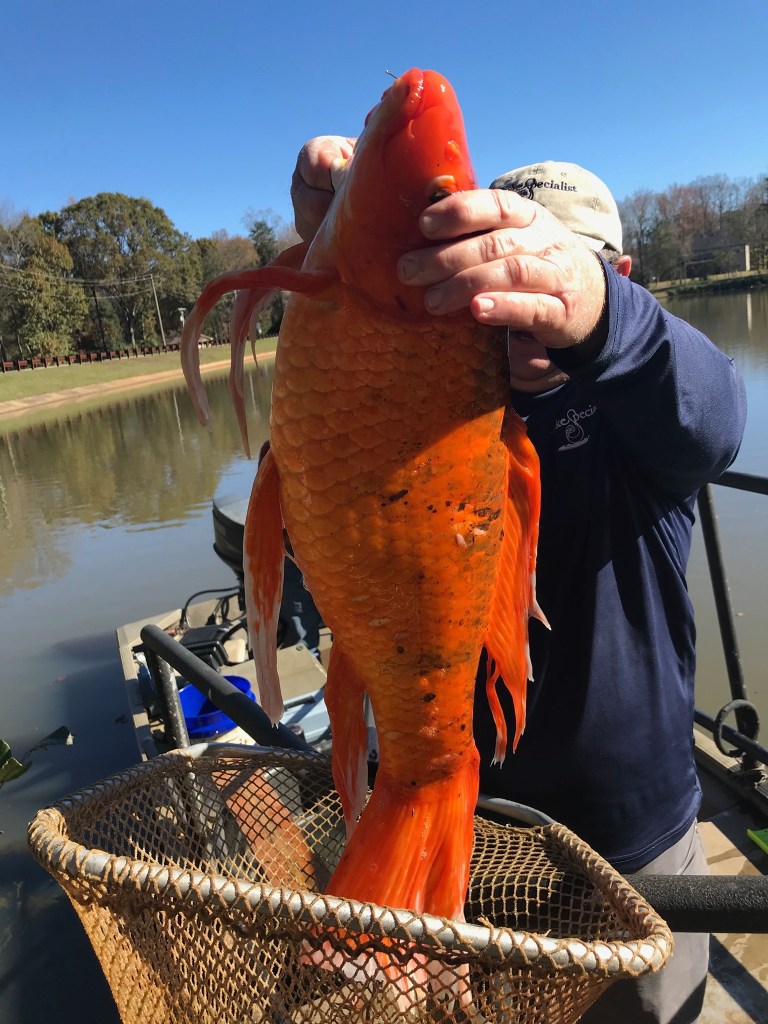 The electric shock was carried out in mid-November, with Greenville Parks, Recreation & Tourism posting the photo on Monday.

Houck told NBC that although goldfish are not native to South Carolina waters, they are not considered invasive and goldfish were free to swim.

Houck is quoted by CNN as saying, “We think someone must have just thrown his fish in the pond because he didn’t want it anymore, instead of dropping it down the toilet.”

Read one of the several comments on the Greenville recreational entry:

“It’s probably the old goldfish.” I had to move, and when I packed up, my brother broke the container. I had no choice but to let go and hope for the best. Her name was Lucky. This happened 11 years ago. I was so sad. I really hope it was my fish because it means it lived well and lived well. “