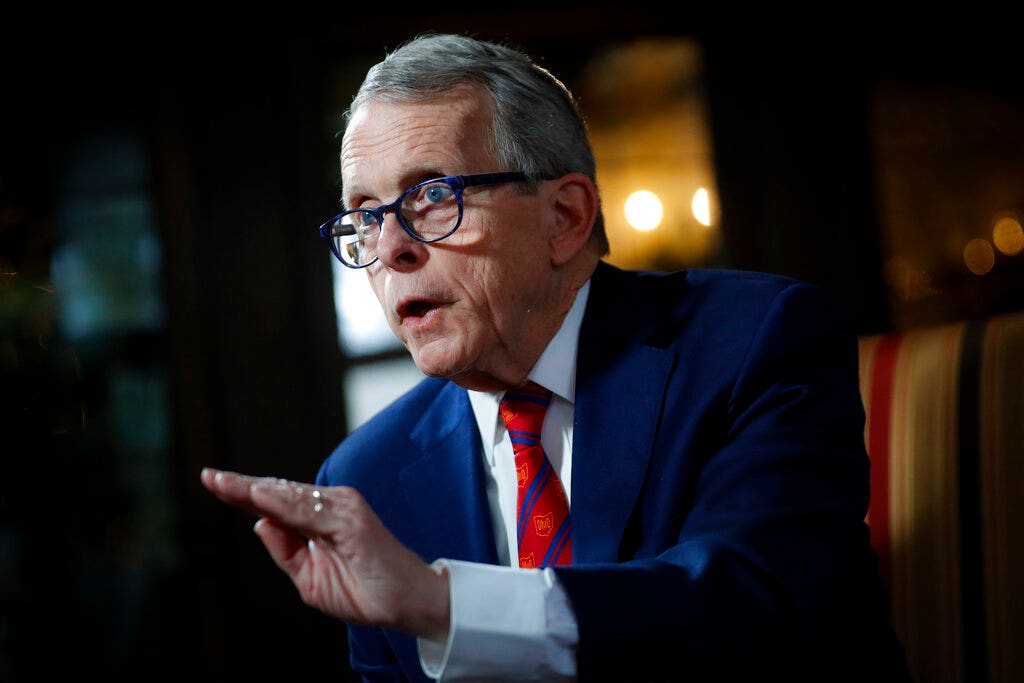 Ohio GOP lawmakers on Tuesday filed a lawsuit against Republican Governor Mike DeWine over his mask mandate and instructed businesses to stop the spread of COVID-19.

A group of Republicans, led by State Representative John Becker, have filed 12 indictment articles as “an effort to restore the rule of law”.

They claim that DeWine’s orders are unconstitutional and “abused power”.

In a statement, Becker said DeWine “continues to stifle these cries, finding more ingenious ways to use masks to stifle people’s voices”.

“He continues to insensitively ignore the fact that his isolation policy has led to a staggering number of suicides, alarming rates of drug abuse, persistently high unemployment and the forced abandonment of seniors by loved ones,” he said.

The prosecution efforts that Becker first threatened in August are unlikely to lead to anything. DeWine shrugged his shoulders with Becker’s efforts, and then said his priorities were “keeping people safe and moving our economy faster”.

“If there are those in the legislature who want to spend time making resolutions and submitting articles … I would just tell them,‘ Look at it, ’” he said.

Fox News has asked the governor’s office to comment.

Last week, a group of GOP state lawmakers in New Hampshire filed a similar charge against Republican Governor Chris Sununu for his efforts to fight the coronavirus. Lawmakers accused Sununu of exceeding its constitutional authority when it undertook to curb the spread of the pandemic.

Lawmakers – five Republican Householders and two incoming lawmakers – announced Tuesday that they would withdraw their accountability efforts in favor of the governor in order to reduce the governor’s emergency powers, the head of the New Hampshire Union said.