Governor Kate Brown lifts many restrictions on COVID-19 in Oregon: Bars and restaurants open for outdoor dining next week 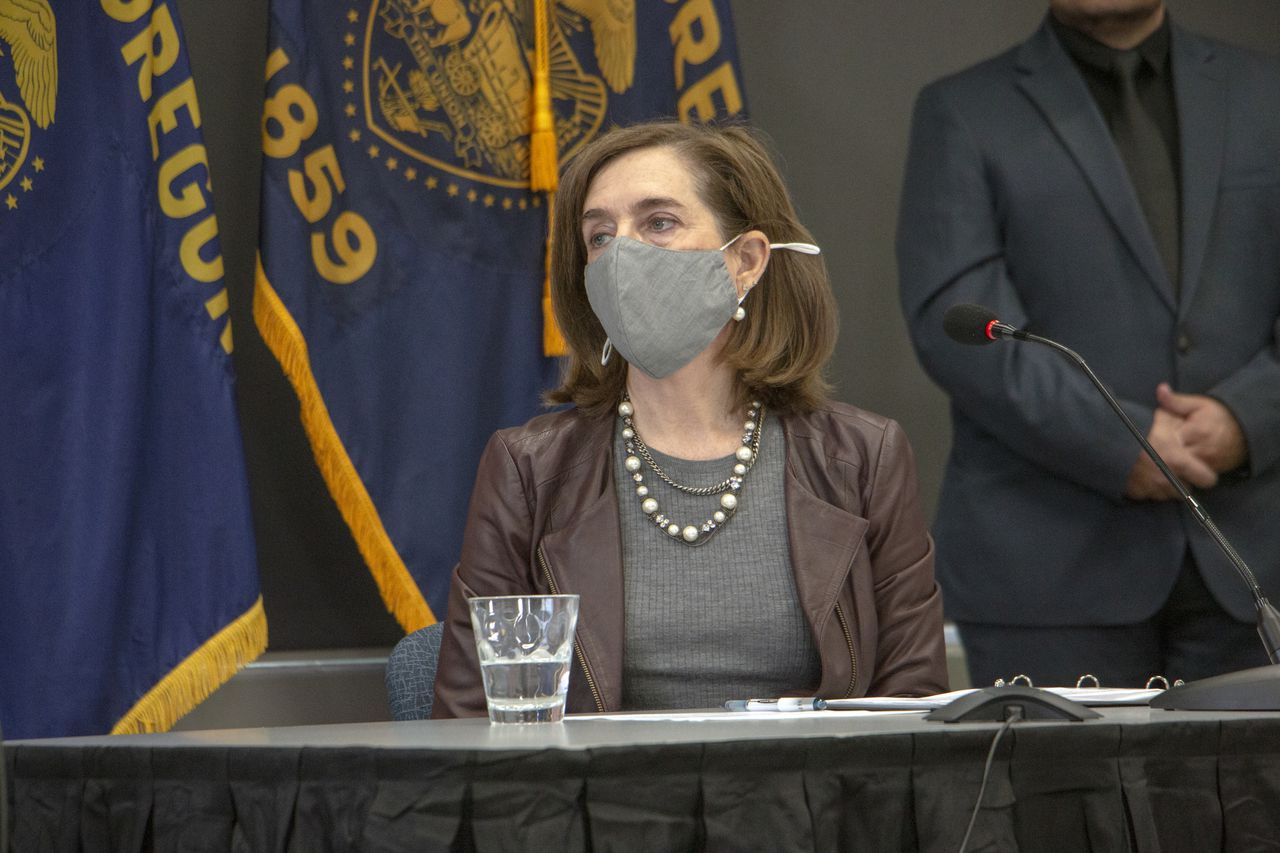 Oregon Governor Kate Brown announced Wednesday that it will ease a number of restrictions it has placed on bars, restaurants, gyms, shops and religious organizations in just a week to curb the unprecedented, uncontrolled spread of COVID-19.

On Thursday, December 3, Brown’s many restrictions will be lifted in Oregon County, which has not yet been so affected by the coronavirus.

But much of Brown’s restrictions are likely to remain in effect on Dec. 3 in 21 counties – including Multnomah, Clackamas, Washington, Columbia, Marion, Lane, Linn and Deschutes counties. The governor considered these counties to be at “extraordinary risk” of spreading the viruses. Overall, however, the restrictions will not be as severe.

Among the new, lighter restrictions: Outdoor dining is allowed in bars and restaurants, and large religious institutions can quadruple the size of their indoor gatherings.

Brown is easing a number of public health safety measures despite the worsening COVID-19 crisis in Oregon. The governor has made public criticism and industry groups have come under strong pressure, including in the form of a lawsuit, to ease its restrictions since announcing them earlier this month. The restrictions are part of a two-week nationwide freeze that runs from 18 November to 2 December.

Answering a question from a journalist, Brown said the freeze was not intended for the “long term”.

“Residence is unsustainable for Oregon,” Brown said. “Honestly, saving lives, but preserving my livelihood is my business. And moving on with these metrics, we try to balance both things. “

Brown also acknowledged that strict restrictions on Oregon counties, such as Wallowa County, which did not see much infection compared to the rest of the state, did not seem appropriate.

“That one-size-fits-all approach made no sense to move on,” Brown said.

From 3 December, “extraordinary risk” counties will be subject to the following rules:

– Brown allows restaurants and bars to be open for al fresco dining only. The capacity is limited to 50 people per facility and the group is limited to six people. Public health officials strongly encourage the exception.

– Religious organizations have a capacity of 25% or up to 100 people to hold worship services indoors, whichever is less. Up to 150 people can gather outdoors. Restrictions on Brown’s two-week nationwide freeze limit faith-based organization to up to 25 people gathering indoors or 50 people gathering outdoors.

– Corporate gatherings are still limited to six people, with the recommendation that no more than two households gather at a time.

– Grocery stores, retail stores and shopping malls are limited to 50% capacity. Currently, stores are limited to 75% capacity, which has been a concern for some health experts, as Black Friday and the mass of shoppers it usually attracts fall below the 75% capacity limit and not below the upcoming 50% limit. When it goes into effect a week after the holiday shopping season, this new restriction will mark an area where Brown is tightening requirements.

Multnomah County is said to have had a four-week frost, expiring in mid-December. But Brown’s newly reworked plan replaces that freeze.

Other counties are seen as “high risk”, “moderate risk” and “lower risk” – and face varying degrees of minor constraints. The governor’s office did not announce exactly what those restrictions would be.

On Wednesday, Brown and other public health officials repeatedly called on the public to abandon their plans for the big Thanksgiving day and keep the nationwide order that could bring together up to six people from two different households. The U.S. Center for Disease Prevention and Control took a step further and recommended that Americans only celebrate the holiday with members of their own household and avoid the holiday.

“I promise it’s not forever, just for now,” Brown said. You can make smart decisions to ensure that our loved ones survive the COVID-19 epidemic and will be here to celebrate the next day of Thanksgiving, Brown said.

“These decisions will free us faster from this terrible situation,” she said.

Patrick Allen, director of the Oregon Health Authority, said the state is expected to receive the first COVID-19 vaccine in December. He said it is enough to vaccinate 30,000 frontal health workers who will be the first to receive doses in a row. They will need a second dose in January.

Brown said there are roughly 300,000 health workers in Oregon, so it will take a while for the doses to be distributed to each.

According to Allen, Oregon is likely to prioritize people living in long-term care facilities and core workers, and then the entire population. Dr. Anthony Fauci, the nation’s top infectious disease expert, estimates that the healthy population will start receiving the vaccines as early as April and that everyone who is willing should be held until July. It can be hard to convince the vast majority of Americans to get the vaccines.

According to Allen, “the end of COVID-19 is visible,” and it is so important that people adhere to public health restrictions, such as staying away from outside their household and wearing a mask.

“Let’s not lose more lives, especially now,” he said, “as vaccinations become a reality, not a hope. “