I was wrong about Mitt Romney 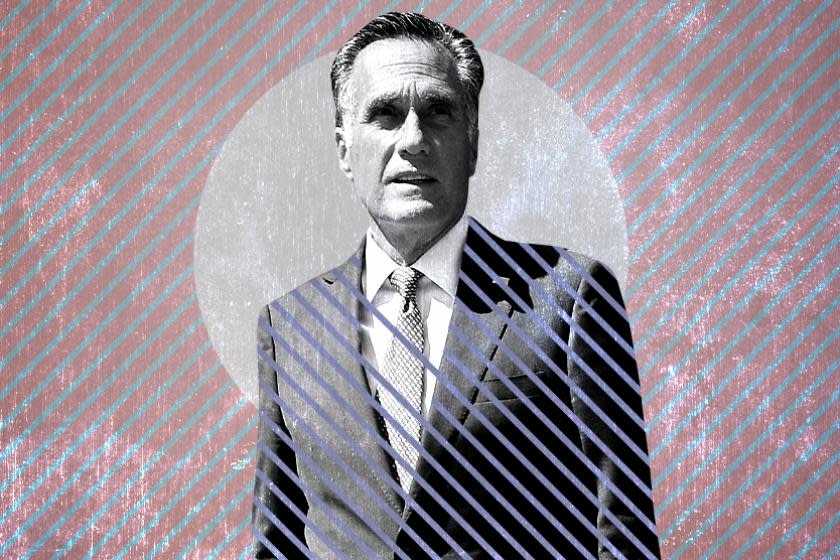 The Donald Trump phenomenon is said to have divided friendships, families and even marriages. I can prove this fact in my own suburban Washington household, for this perhaps peculiar professional reason: He asked my wife, a long-time sufferer of all my suffering, that I asked about a thousand times that finally he feels bad about all the mean things I said about Mitt Romney.

The short answer is yes!

Romney, now a Utah junior senator, showed rare courage and integrity in this hellish year. Only among Republican senators (indeed, alone among any senator in history), crossed party lines to convict President Trump of abusing his power to pressure a foreign government to interfere in our election. And – not exactly alone, but in hardly abundant company – he directly condemned the President for stoning the Biden transition and undermining our democracy.

These actions caused real guts. If I wore a cap, I would rule it out; if I met Romney in person, I would thank her. I applaud him with this virtual pen in my hand.

However: The answer to the long question is: Heck no!

Let me explain why I broke up.

First, it is essential to remember how radically different our political situation was in the Before Times. The downright big fanaticism and racism of the 2016 Trump campaign has not yet been thought of, let alone assimilated; for decades, these things were alluded to, dog-whistled, winked — but in no open sense were they on the menu given to Republican primary voters. Consequently, it must be said that it is foolish to retroactively credit the party’s data no he is behaving so badly.

So, what was it that so badly fascinated Mitt about the mainstream, milquetoast?

In 2007 and 2008, Romney, then the moderate concurrent governor of Massachusetts (and the son of a famously moderate governor of Michigan) ran a primary campaign that, I maintain to this day, was an afterthought. The reason for this was that John McCain (who finally won the GOP nomination after a tumultuous summer in ’07) was too sharp. Too often, he reached compromises with Democrats (Russ Feingold on campaign finance reform; Ted Kennedy on immigration; Joe Lieberman on climate change).

I understand the crucial importance of strategy in winning the semi-finals when it comes to turning to the center to turn to the base. But, as I said then, and I will say it again now, I am unwilling to listen to such a call from the mainstream of the Mitt milquetoast. He did not play the role of conservative gentleman easily; he played the way he plays everything stiff. The plot failed. He deserved to fail.

Then came 2012. Romney was now something of a frontrunner. He lost the 2008 pre-election – but McCain also, very badly, in the general election against President Obama. Now, as is customary in Republican politics, it was Mitt Romney’s turn. So now She it was he who had to beat back the attempts to protect his right stalk. Herman Cain, Newt Gingrich, Michele Bachmann, Rick Santorum, Mike Huckabee (forget someone? It feels like I’m forgetting someone!) – they all made their recordings on Romney; all revealed weaknesses or wounded; and they all failed one after another, as they had four years before.

Without the help of Google, I remember calling Romney a “rogue cheater”. With the help of Google, I see that I called his 2012 campaign “breathtakingly cynical, cross-border nihilist” (I haven’t seen anything yet!). I didn’t forget about the catastrophic 47 percent video. And I certainly didn’t forget the way Romney came together during the first parades of the Benghazi fiasco (reminder: It was really breathtakingly cynical).

But both in retrospect and for five years with the benefit of Donald Trump, here’s what I started to appreciate in Mitt Romney, who is obviously a man of high character and basic honesty, that wasn’t clear to me back then, but it should have been. : You tried to unite a party that was morally separated at the seams. Romney could really make sure he was thirsting for a demagogue like Trump (whose approval, it should be noted, Romney accepted). “It’s very easy to excite the base with incendiary remarks,” he said in February 2012. “During the campaign, we saw that if he was willing to say really outrageous things that accuse and attack President Obama, he was going to jump up in the vote. You know, I’m not willing to light my hair to get support. I’m who I am.”

Then he had the courage to say that. I didn’t recognize it then. Should have.

When Trump’s theoretical threat became a reality in 2016, Romney took a stand again. In March of that crucial year, Romney warned not to designate a “fraudster, a fake”. Every word of the speech was born of the reality of the Trump government. Not just Trump’s distorted character – but over the red flags Trump’s desire for a trade war and embracing brave debts.

Of course, since Romney Romney, he disguised his fair position by pledging to have dinner with Trump during the transition, under the guise of possibly being nominated as Secretary of State. Predictably, Romney was humiliated. But this was the last time.

Romney earned his Senate mandate in Utah on his very own shingles. From then on, he became one of the bravest and most constructive voices in Republican politics. And while I may regret the excessive tone of my criticisms of Mitt Romney’s past, I can say that I look forward to applauding him more often in the future.

More stories from theweek.com
Biden steals the spotlight. Trump can’t stand it.
NYT journalist Maggie Haberman says Trump’s tweet “is closest to the concession” she gives
The Secret Service is said to be preparing for Trump’s “post-presidential life.”