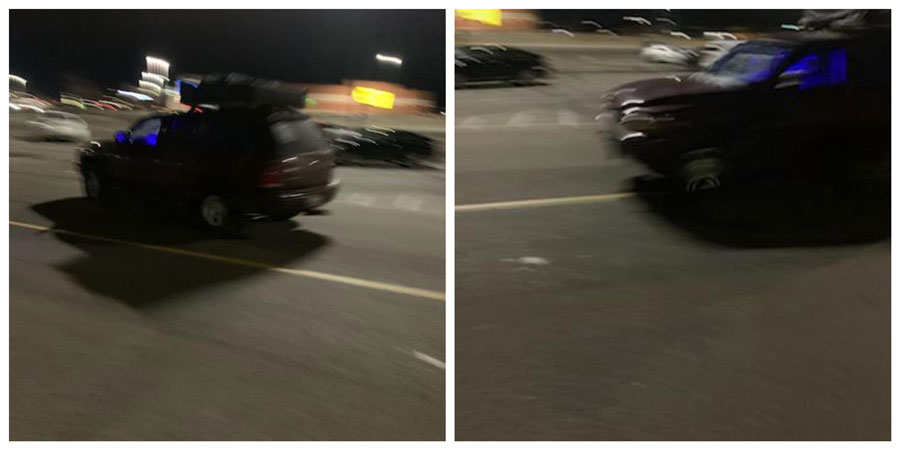 Below is a press release from the Idaho Falls Police Department.

IDAHO FALL – Around 8:45 p.m., Idaho Falls police were sent to Woodruff District 333 near Winco to investigate reports of disorderly conduct and armed robbery.

Witnesses said in a dark red / brown Dodge Durango, two people were confused with a second vehicle and its driver in the Winco parking lot. A witness reported seeing two men exit the durango and approach the second vehicle, where one of the men waved a knife to demand the driver’s cell phone. The victim in this case confirmed that he had been robbed, but reported that he did not know the suspects.

A witness reported seeing the vehicle heading for the parking lot exit on Family Street near Family Dollar, where the vehicle stopped for a short time before heading west on Street 1.

Two missionaries from The Church of Jesus Christ of Latter-day Saints reported walking on the 1st Street sidewalk when the suspect vehicle stopped near the parking lot exit. A man stepped out of the passenger side of the vehicle and approached the two missionaries, where he allegedly waved a knife and demanded the backpack of one of the victims. According to the victims, the suspect stated that he thought there was a drug in his backpack. The victim gave the bag to the suspect. The suspect returned to the vehicle and the vehicle fled west on 1st Street.

The description of the suspicious vehicle is an older dark red / brown Dodge Durango model with a trunk and a container on the roof.

Witnesses describe a suspect who was a tanned Caucasian or light Spanish man with a dark-colored goatee, in his late 20s or early 30s, wearing a dark dress and a black hood with a hood. Witnesses said the driver was a man, but no further description could be given.

Also shortly before the incident was reported, two men matching this description took part in the Dillards riot, where they tried to steal clothes before fleeing in a suitable SUV.

If you have any information that could lead to the identification of these individuals, please call the Idaho Falls Police Department at (208) 529-1200. The information can also be reported anonymously to Crime Stoppers or Ifcrime.org. Tipmasters who provide Crime Prevention with information that results in a successful arrest are eligible for a cash reward.

Anyone who lives or has a business in the 1st Street area near the refugee of the suspect vehicle and has a security camera should be checked to see if there is a suitable SUV between 8:40 pm and 9:30 pm. Anyone who has a recording of the suspicious vehicle is also asked to contact the Idaho Falls Police Department to assist officers in tracking the suspicious vehicle.