Indoor dining can return to Oregon’s most populous counties 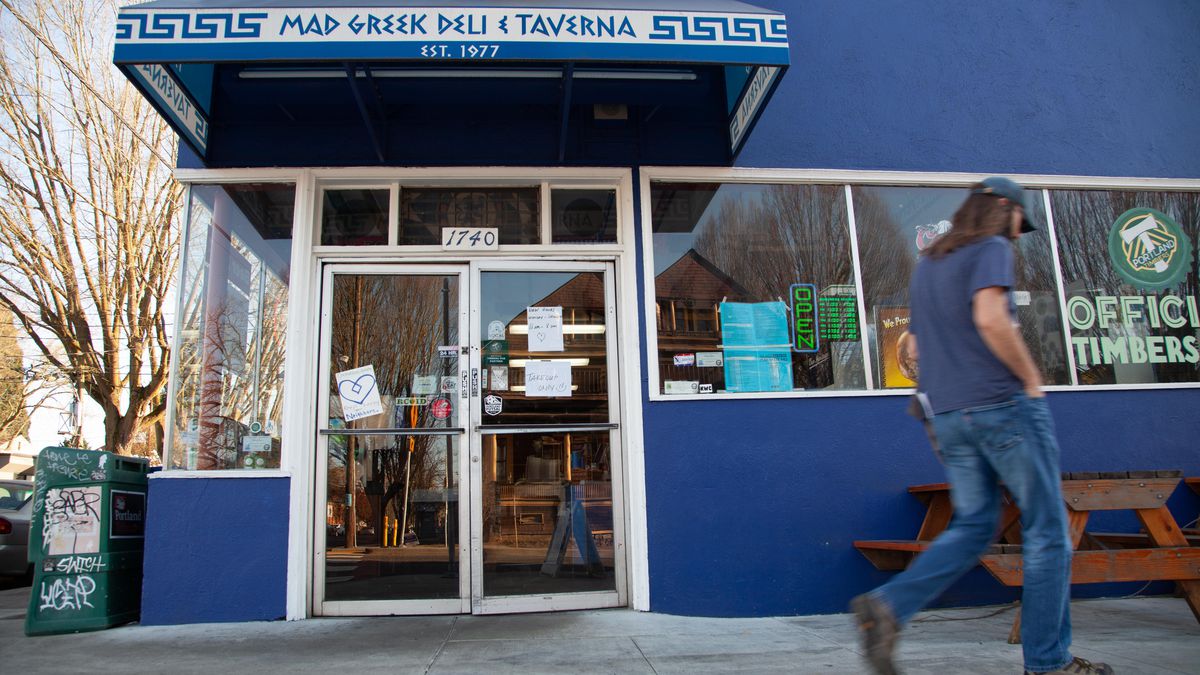 The risk level for COVID-19 has improved enough to allow you to continue restricted indoor meals in another 10 Oregon counties on Friday. This includes the Portland Underground area, where bar and restaurant services have been banned since November.

This means that 14 counties in Oregon continue to be considered an exceptional risk for the spread of COVID-19.

The reclassification will literally open the door to businesses like gyms that have closed or drastically reduced service since the governor’s first freeze in mid-November.

In counties considered “high risk”, a wider range of business and social activities is allowed:

– In bars and restaurants, indoor catering can be up to 25% indoor capacity or up to 50 people, whichever is smaller. The number of outdoor seats increases to 75 people.

– Indoor recreation and fitness facilities such as gyms and pools will increase to 25% capacity or 50 people, whichever is smaller.

– Indoor entertainment institutions such as theaters and museums will increase to 25% occupancy or 50 people, whichever is smaller.

The Oregon Health Authority notes that all of these activities assume that people continue to wear masks and adhere to appropriate hand hygiene and physical distance guidelines.

Jason Brandt, head of the Oregon Restaurant and Accommodation Association, said many restaurant operators received the news with relief and shivering.

“They’re excited to be open again,” he said. “However, there is a slight fear of how long it will last.”

As the state updates the county’s risk level every two weeks, restaurant owners will have to consider the cost of rebuilding, including buying food and re-hiring staff, with the option of shutting down indoor services within weeks. According to Brandt, the operators of some restaurants with viable outdoor facilities choose to keep their canteens closed for the time being.

“We can only offer two weeks of job security at a time,” he said. “It’s a source of fear and some concern about making the right decision, despite the fact that it can technically open in many places from Friday.”

The reopening of some businesses has been triggered by a return to a safer level of COVID-19 traffic. But reopening is associated with increased risk, and a number of new COVID-19 variants are circulating in the United States, some of which have been identified in Oregon.

Some of these variants may be more contagious, others may be more lethal, and others may be less effective in vaccines. When new versions arrived in some countries, they soared into the skies and forced governments to implement new restrictions on social distance. One South African version proved so resistant to the AstraZeneca vaccine that it was withdrawn from the market.

It is not clear how widespread these variations are in Oregon. So far, only a few cases have been identified, but epidemiologists remain concerned. At Monday’s White House press conference, Anthony Fauci, U.S. chief of COVID-19, said version B.1.1.7, which flooded hospitals in Britain despite restrictions on social isolation, could be the dominant strain in the U.S. until the end of March.

The spread of coronavirus variants worries Michael Gibbons, who and his wife have owned Papa Haydn restaurants in Portland since 1978. He has no plans to reopen his dining rooms on Friday, though he can.

“If it were safe, I would, but I don’t think it would be,” Gibbons said. “Indoor eating is dangerous in itself unless you know how people eat with a mask.”

Its three restaurants continue to deliver. Outdoor dining is available at one location. Gibbons has laid off about 80 people since the March pandemic.

In his statement, Brown thanked the Oregonians for their efforts, but warned them to remain vigilant in light of the new coronavirus variants.

“This means we still need to wear a mask, keep our physical distance, and avoid indoor gatherings,” he said in a statement. “If we want to keep businesses open, reopen schools for personal education, and stay safe, we need to be on guard. Until vaccines become more widely available, the number of cases may return if safety precautions are not followed.

The next realignment of risk levels will take effect on February 26th.