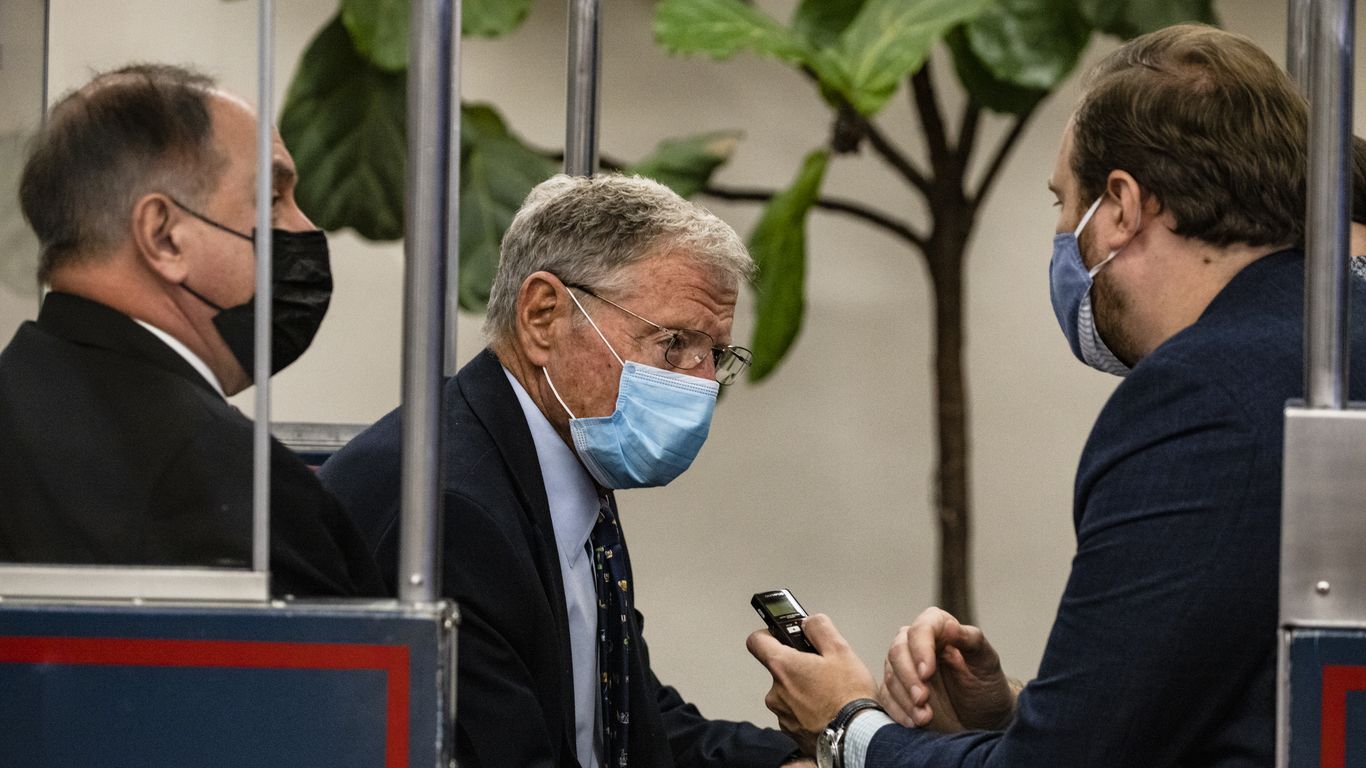 Senator Jim Inhofe told President Trump today that he probably won’t get two big wishes about pending defense spending legislation, and his cell phone will ring, “That’s the only chance to pass our bill,” a source who heard part of their conversation says. Axios.

Why it matters: Republicans are ready to test whether Trump’s threats to veto a bill passed annually for more than half a century are empty.

Background: Inhofe Trumpgal – through a speakerphone while walking through the Senate Russell building – argued that the bill would not meet its demand to lift the liability protection of technology companies or block efforts to rename military bases named for Confederate figures.

What we hear: Inhofe, who, as chairman of the Senate Armed Services Committee, is negotiating the Defense Permit Act, turned to the president before commenting on his “only chance” in a Southern call.

Background: Many Republican lawmakers tell Axios that while the element of technological responsibility, Article 230, needs to be reformed, it makes no sense to link unrelated languages ​​to the NDAA.

Bottom line: Members of both parties can’t wait for this legislation to be passed so they can transition to a government spending bill due by December 11 and grant coronavir-free.