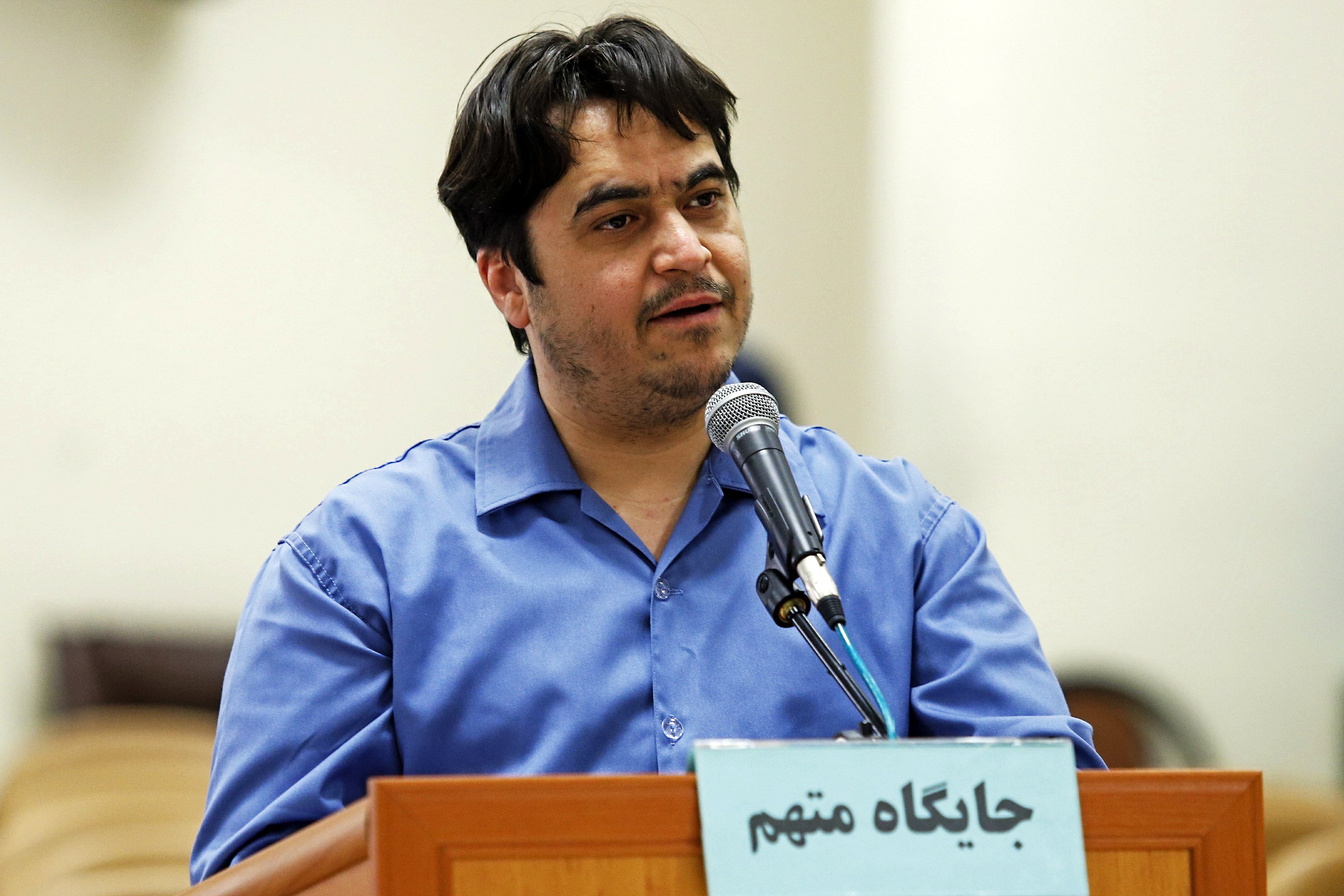 The IRNA said an Iranian foreign minister had summoned the German ambassador over EU statements about the exiled reporter Ruhollah Zam (47) on Saturday.

Zam was imprisoned in Iran after being captured by Iranian authorities while traveling in neighboring Iraq last year.

The German Foreign Ministry on Saturday expressed its shock at the circumstances of Zam’s verdict, as well as his abduction from abroad and his forced return to Iran.

Iran is also calling on the French ambassador to Tehran today over European reactions to the execution of the journalist, the IRNA added.

“This is a barbaric and unacceptable act,” the French Foreign Ministry said in a statement, which also condemned the hanging as a “serious blow” to Iran’s freedom of expression.

Zam lived in exile in France before being abducted and convicted in Iran.

Iranian state television referred to Zamo as the “leader of the riots” when he announced his execution by hanging early Saturday. In June, a court sentenced Zamo to death, saying he was convicted of “corruption on Earth” often used in attempts to spy or overthrow the Iranian government.

Zam AmadNews ’website and the channel he created in Telegram’s popular messaging app spread the timing of the 2017 protests and embarrassing information about officials who directly disputed Iran’s Shiite theocracy.

These protests, which began in late December 2017 and continued until 2018, posed the greatest challenge to Iran’s rulers since the 2009 Green Movement protests, and laid the groundwork for similar mass riots last November.

The initial spark of the 2017 protests was a sudden spike in food prices. Many believe that tough opponents of Iranian President Hassan Rouhani initiated the first protests in the conservative city of Mashhad in northeastern Iran and tried to control public anger against the president. But as protests spread from city to city, the retaliation turned against the entire ruling class.

Zam is one of three opposition figures who were apparently detained during foreign intelligence operations. In late July, Iran abducted a member of the Iranian armed opposition group living in exile while in Dubai, his family said.

Iran is also believed to have seized the former leader of the former armed separatist group of the Arab Fighting Movement for the Liberation of Ahwaz during its stay in Turkey. Iran has accused Farajollah Cha’ab of being behind an attack in a military march in 2018 in which at least 25 people were killed and 70 wounded.