LA County’s new home order in California is the most stringent. It works like this 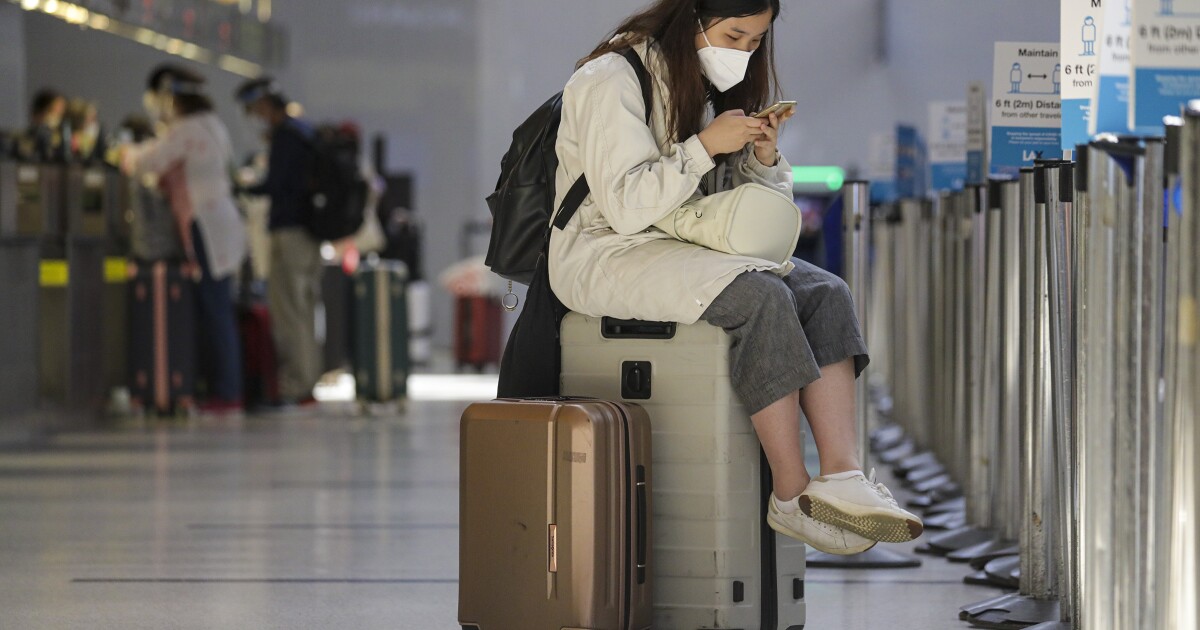 Los Angeles County has issued a new COVID-19 epidemic order that bans most gatherings and deters most crowds. This desperate series of steps is the latest to slow down an unprecedented onset of coronavirus infections.

Of course, not as severe as the order to stay home issued in March. But that means most gatherings – in addition to outdoor church services and outdoor political protests – will be banned again from Monday and will last for the next three weeks, until December 20th. Still, this is the most severe of all the conditions in California.

Retail stores will remain open, albeit with more limited capacity.

The new order comes at a time when LA County is facing its worst pandemic crisis. In recent weeks, the number of new daily cases of coronavirus has quadrupled, while hospitalizations and daily deaths have tripled. Officials have warned that unless the transfer rate drops significantly, LA County is well on its way within two to four weeks in the absence of hospital beds.

The latest waves began to be detected in late October and began to accelerate in November.

The changes are summarized below:

Gatherings are prohibited except for worship

For the first time since early October, most gatherings between people from different households in LA County will be officially banned, with the exception of outdoor religious gatherings and outdoor political protests.

This repeals the existing rule, which allowed leisure gatherings of up to 15 hours with up to three different households and up to two hours.

Basic retail stores are limited to 35% of capacity; for grocery stores, this would be a reduction of the current 50% ceiling.

Essential retail stores, shopping malls, libraries and body care facilities such as hairdressing salons, hairdressers, nail salons, piercings, solarium services and massage therapies are limited to 20% of capacity; they can currently operate at 25% of capacity.

There is a 50% limit on open-air museums, galleries, zoos and aquariums. Existing rules allow as many patrons as possible to accommodate guests while maintaining a six-foot distance from people in other households.

The capacity of the outdoor gym and mini golf, rackets and go-kart races remains unchanged at 50% of maximum capacity.

Playgrounds must be closed, except in schools and childcare centers

Under the new order, playgrounds that are not schools or childcare centers will have to be closed.

Card slots must be locked

Outdoor card rooms that were able to operate under current rules must be closed.

Outdoor pools serving multiple households are limited to regulated cruises, with one person per lane.

Childcare centers, schools and day care centers that remain open under current protocols can continue to operate under a new requirement: a 14-day closure is mandatory in the event of an outbreak, defined by three or more cases over a two-week period.

The virus is now much more prevalent in Los Angeles County than at any time since the early summer boom, with the county estimating that one in every 145 people is currently contagious. “If people attend gatherings, it can be quite dangerous,” warned Dr. Christina Ghaly, county director of health services. “Much of the spread of COVID-19 occurs before any symptoms appear” among an infected person.

In a statement, County Inspector Hilda Solis said she supported the new health order. Previous orders issued in the spring and summer have successfully reduced shipments.

“When the number of cases reaches a certain point, it will take drastic measures to slow the spread of this extremely deadly virus,” said Solis, who covers East LA, Southeast LA County and the San Gabriel Valley. “We need to keep ourselves and our families safe to avoid getting sick and put even more strain on our already overburdened health care system.”

Here’s a summary of how the state and other counties are doing in Southern California. Some counties did not report incidents or deaths daily due to the Thanksgiving holiday weekend.

In California, the number of cases of coronavirus four times a day in recent weeks has tripled in hospital. Daily mortality increases by 70% in less than a month.

In California, there are an average of nearly 13,000 cases a day over a seven-day period, and more than 60 Californians die on average during the same period.

LA County currently counts an average of 4,300 new cases of coronavirus by late Friday, which is much worse than the summer wave, when the average daily number of cases rose to 3,300.

Hospital treatments increased at an ever-increasing rate for 15 consecutive days. As of Thursday, nearly 2,000 people were staying in LA County hospitals with COVID-19 – close to more than 2,200 previously registered in the summer.

Mortality from COVID-19 also began to increase. LA County has registered about 30 deaths a day in the past seven days, doubling the number less than two weeks ago.

The average number of new cases in San Diego County has quadrupled, and hospital care has doubled in recent weeks. California’s second most populous county shows an average of more than 1,000 new cases today; in early October, that number was just over 250.

There were more than 560 coronavirus infections in San Diego County hospitals on Thursday, about twice the number three weeks ago.

On average in Orange County, the number of new cases of coronavirus per day has quadrupled, and hospital care has doubled in recent weeks.

Orange County averages nearly 1,000 cases of coronavirus per day over a seven-day period; on November 1, only 220 people with a positive virus diagnosis were in the hospital.

More than 500 people stayed at the hospital on Thursday; on November 14, it was less than 250.

Hospitalizations have nearly quadrupled in Riverside County since early October. Nearly 500 people with coronavirus infection were in hospital on Thursday; on October 1, there were 130 people in the hospital.

The average daily number of coronavirus cases has more than quintupled since mid-October in San Bernardino County. An average of nearly 1,300 new cases per day were reported on Friday over the seven-day period; on October 18, the rate was 250 cases per day.

Hospital treatments have tripled in the past month; 656 people were in COVID-19 hospital on Thursday; on October 26, 217 people were hospitalized.