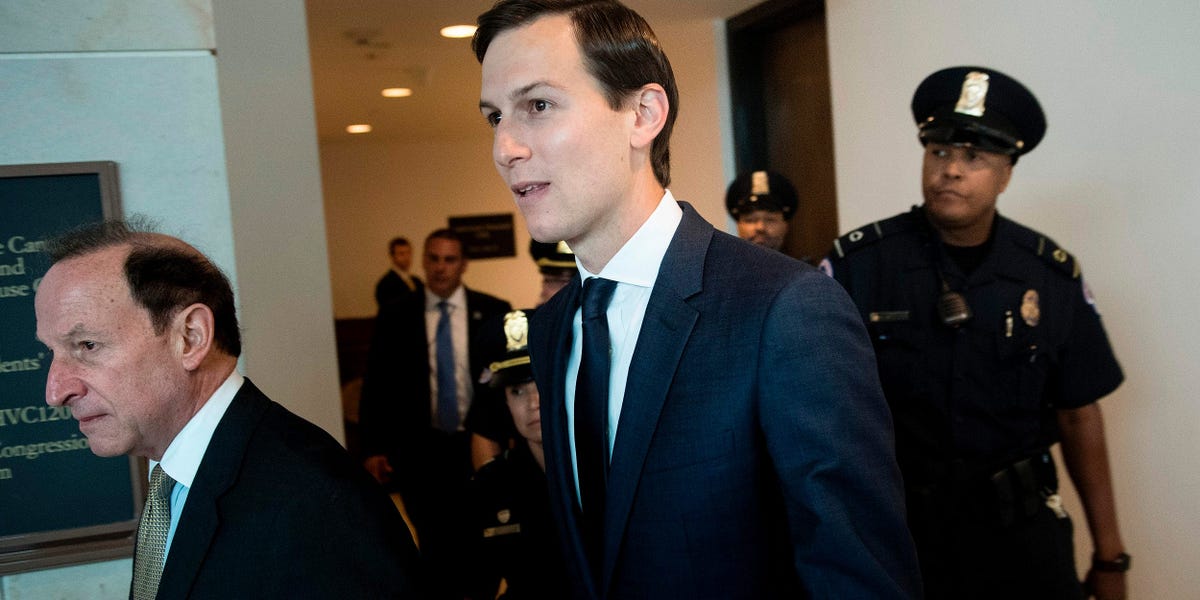 Earlier this week, a federal judge released documents showing that the Justice Department was investigating a “bribery conspiracy scheme” last summer. The names of the suspects have been changed, no one has been charged with a crime.

The status of the investigation is unknown.

In a statement on Wednesday, a DOJ official told Business Insider that “no government official has been or is currently the subject or target of the investigation uncovered in this file.”

According to The Times, the investigation began after a billionaire, Sanford Diller, asked Abbe Lowell, the president’s son-in-law’s lawyer, and Elliott Broidy, a Trump campaign fundraiser. Diller sought pardon for Hugh Baras, who was convicted of tax fraud and social security fraud, the paper wrote.

Diller died in February 2018, “and there is no evidence that the effort continued after his death,” The Times reported.

Court documents suggested that the effort, which included an appeal to the White House Advisory Office, involved offering a “significant political contribution” in exchange for pardon.

In 2017, Lowell came on the news after falling for a joker imitating a client, Jared Kushner. In an e-mail exchange, Lowell provided faux-Kushner advice on how to comply with the laws governing official correspondence in his White House advisory role.

Do you have a tipped? Email this reporter to [email protected]