Loose bolts help give faults to Korean guards to slip 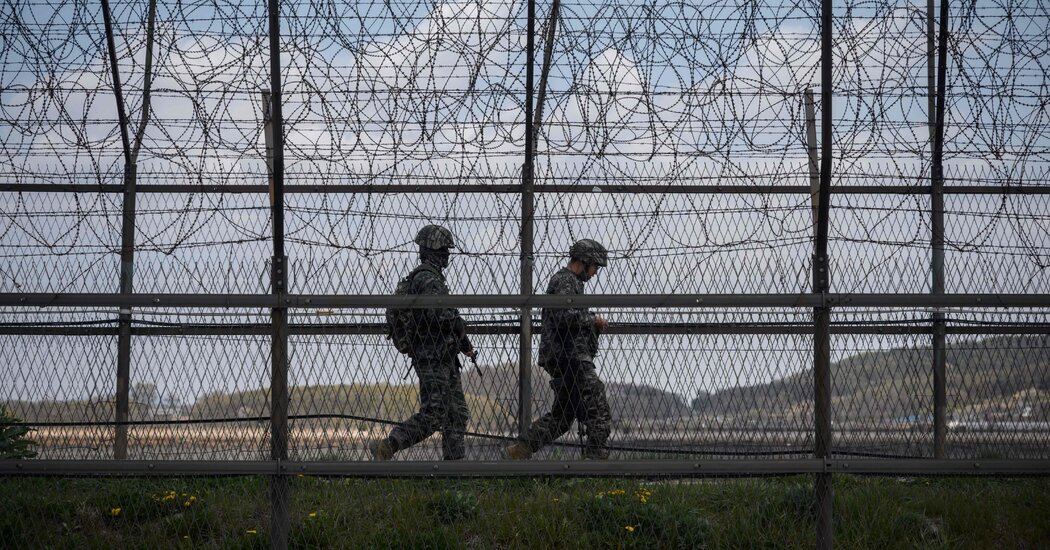 SEOUL, South Korea – This is the most strongly strengthened border in the world.

But one man went through because of the loose screws.

When the North Korean man, a former gymnast in his late twenties, climbed over the fence on the south edge of the DMZ this month, he got past sensors that triggered an alarm to alert South Korean guards.

This was the South Korean army’s most embarrassing violation of border security in years. He raised a confusing question: How could the man have made a mistake unnoticed?

This week, the South Korean military said it had solved the mystery: The sensors had loose bolts that caused the system to fail. There is no indication that the bolts were intentionally manipulated.

Sensors installed on the fence in 2015 did not trigger an alarm, as they should have assumed when they detected signs of intrusion, military investigators told South Korean reporters at a briefing near the scene on Wednesday.

After the discovery, South Korean officials began inspecting all sensors along the northern 255-mile border.

Southern border guards first found signs on November 3 that a northern intruder had climbed over a barbed wire fence in the eastern sector of the border. Military units began an alarm device, an extensive human hunt.

By the time the North Koreans were captured without incident the next day, he was half a mile south of the fence. He told South Korean officials he wanted to make a mistake. Officials did not provide additional details, such as his name or reason for error.

Faults in the DMZ are relatively rare and dangerous. When someone from the north crosses the land border unnoticed, it raises questions about South Korea’s national security. The two Koreas have been technically at war since the 1950-53 Korean conflict was interrupted by a restless ceasefire.

As a result of the devastating famine of the 1990s, more than 33,000 people moved from North Korea to South Korea. But most did this through northbound China, eventually reaching another country’s embassy in South Korea.

In November 2017, a North Korean soldier broke through a ball-brick cast by his teammates to enter the South through Panmunjom, the so-called ceasefire village, crossing the border.

South Korea has deployed sensors along the border as part of its efforts to tighten security following another embarrassing border violation.

In 2012, a faulty North Korean soldier not only scaled barbed wire fences along the border without being spotted, but also had to knock on the door of the South Soldiers ’Barracks to get attention.