Lorraine Millar, resistant to tragedy, dies at the age of 95 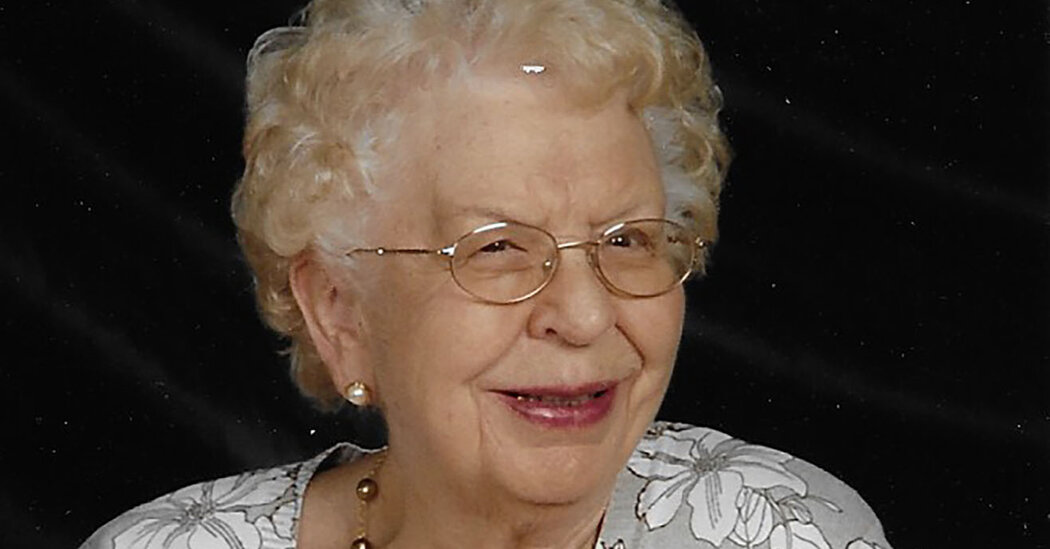 This obituary is part of a series on people who died in a coronavirus epidemic. Read about others here.

In November 1979, Lorraine Millar’s ​​30-year-old son, John, died of cancer. The following month, her 24-year-old daughter, Michele, slid on black ice while driving, turned into an embankment, and was killed immediately.

One of her two surviving children, Marilyn, became depressed. – Why am I still here? he asked his mother on the phone.

Ms. Millar responded by letter. “She said, ‘You have two options,'” recalled her daughter, now Marilyn Altavilla. “Either give up and let your life dry up or you’ll become a survivor.”

Ms. Millar made her choice clear: she will survive. Within weeks of the death of her second child, she moved from Connecticut to South Carolina to take on a new role in the chemical company’s human resources department. She took her husband, who had to leave her job because of her bipolar disorder.

“I felt he could live with the deaths of his children, his two children, and he would continue to move forward that he would be my role model,” Ms. Altavilla said. “I knew I would be a survivor like my mother.”

Lorraine Mae Johnson was born on May 7, 1925 in Baker, Orch. His father, Chris, ran a grain storage business he inherited from his father; his mother, Blenda (Samuelson) Johnson, taught school in North Powder, a nearby small town where the family lived. Lorraine had seven students in her graduate class.

In 1946, at the Wash Walla Walla dance, where Lorraine attended Whitman College, she met Jack Millar, a Chicago boy stationed at a nearby military base. They were engaged less than three weeks later.

They got married that summer. Ms. Millar and her husband moved to Chicago, and only six credits were missing from university.

In the mid-sixties, Mr. Millar’s ​​career stalled, and in order to get their children to college, Ms. Millar left her life as a housewife to take a job with a health insurance application with an insurance company.

One Sunday morning in July 1988, Mr. Millar said he was not feeling well and Ms. Millar went to church without her. He returned home and noticed that the garage door was unusually closed. He looked inside and saw that the overheated car was burning. Mr. Millar sat inside. He killed himself with carbon monoxide poisoning.

Ms. Millar retired the following year and began a new career as a tax preparer for H&R Block. He began to travel on cruise ships, sometimes with a relative or friend, but often alone. He met new people.

Ms. Millar suffered from pulmonary embolism in 2004 and nearly died. He started again: he moved to Evergreen Woods, where he became the treasurer of the facility’s convenience store, and volunteered at the local library and filed tax returns free of charge.

Ms. Millar is survived alongside Ms. Altavilla by her sisters, Joan Thompson and Patricia Kerns; a boy, David; three grandchildren; and three stepchildren.

From the late 1980s to the early 2000s, Ms. Millar organized one- or two-week family vacations in Myrtle Beach, SC. It drives down everything you need carefully packaged: pancake mix, beach chairs, homemade spaghetti sauce. For his children and grandchildren, this was proof of reliability.

“This iteration was what we all loved so much because we knew what to expect,” Ms. Altavilla said. – We knew Grandma. He will remember everything.