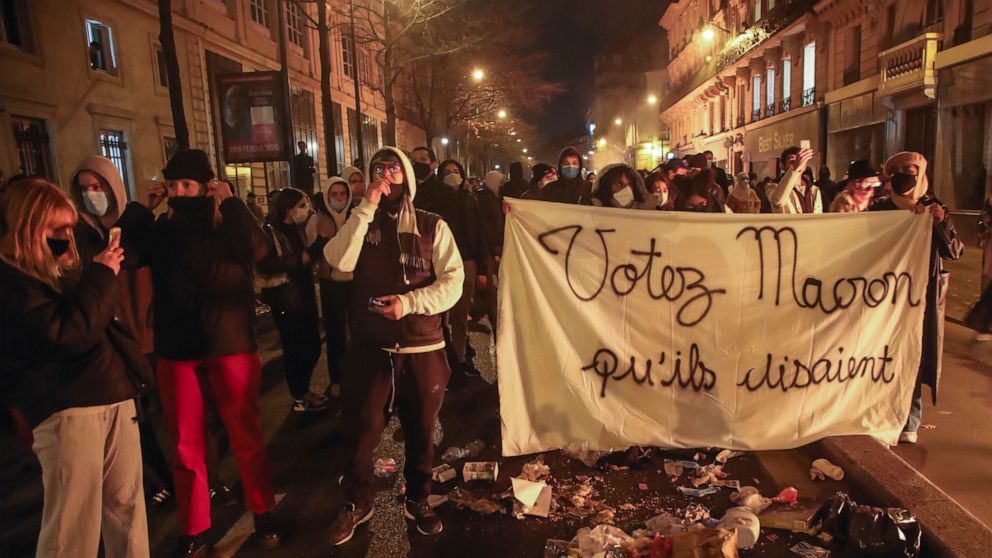 Paris – French President Emmanuel Macron released videos on Friday in which police beat a black man, “ashamed of us” and condemned the violence perpetrated by police.

Macron called on the government to swiftly put forward proposals to “strengthen the relationship of trust that must, of course, exist between the French and those who defend them” and to combat discrimination.

Macron’s comments posted on Facebook were the first, as police had apparently received unwarranted violence in two recent incidents. The video, released on Thursday, showed music producer Michel Zecler being beaten days earlier. This followed the brutal evacuation of migrants on Tuesday at a plaza in Paris, which was also documented on video footage.

In an interview with the Associated Press, Zecler said officers had insulted him, including a very strong racist epithet. He insisted he had no idea why the police went after him.

The events take place amid controversy over a new security law, particularly an article that would make it a criminal offense to post pictures of officers with the intent to cause them harm. Civil rights groups and journalists are concerned that the measure will allow police brutality to go undiscovered and unpunished. Demonstrations are planned around France on Saturday.

Macron said in a Facebook message that he said the police should treat the French in an “exemplary” way, and vice versa. That means, he said, he “never” accepts either violence against the police or the violence they commit.

“Those who ensure the application of the law must respect the law,” he said.

Macron, apparently responding to criticisms of the heavy-handedness perceived by the press, stressed that he enthusiastically believes in freedom of expression and freedom of the press.

“The values ​​of the (French) republic cannot be created,” he said.

Officers involved in the Zecler strike were suspended during an internal police investigation.