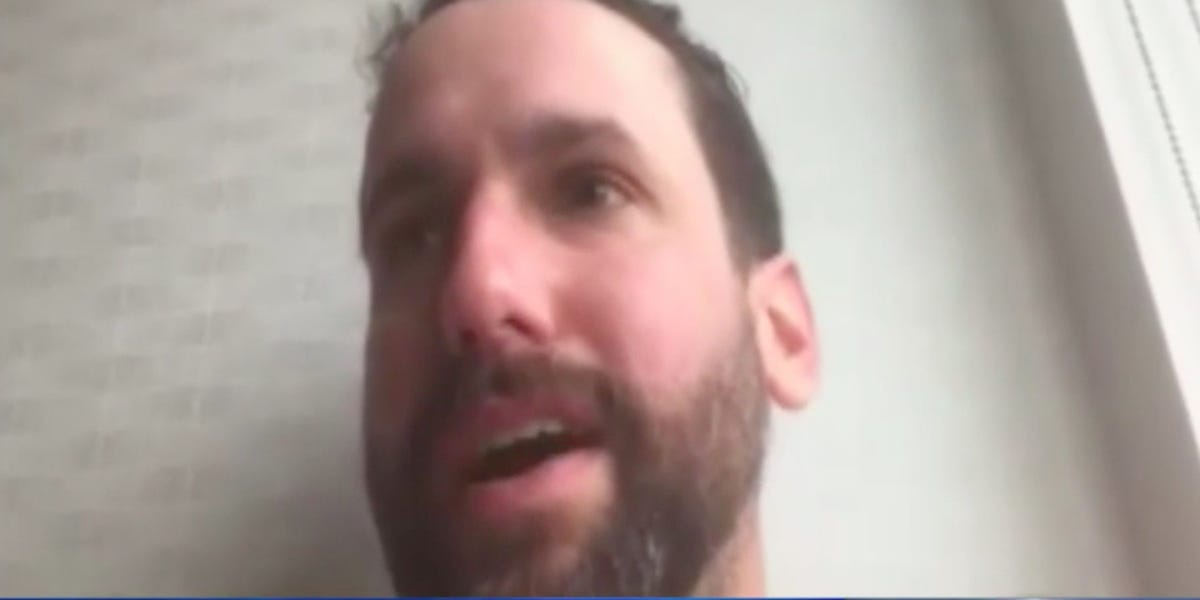 A man was arrested in connection with the rioting of the American Capitol after boasting to a local newsreader that he was stealing wine stolen from a legislative liquor cabinet during the chaos.

Jason Riddle, 32, from Keene, New Hampshire, was arrested Monday by FBI special agents in Boston, according to CBS Boston.

Against Riddle, illegal entry into a forbidden building, theft of state property and rioting in the Capitol were imposed on Friday.

As of Monday, 237 people have been indicted in the uprising.

According to the complaint, the FBI interviewed Riddle on January 22 after receiving tips about giving an interview with NBC10 on January 9, in which he admitted he was involved in the riot.

Riddle told the FBI he “went into an office and found an open bottle of wine” and “filled himself a glass,” the complaint said.

“Riddle then admitted to drinking the wine and then left the office after a police officer called for it,” he added.

The FBI did not disclose which law firm contained the wine, but said it also admitted stealing a copy of the “Senate proceedings” from the agency.

The FBI said Riddle sold the book to someone outside the Capitol for $ 40 and also took a Fox News football from the same office.

Riddle said in an NBC10 interview that he went into the Capitol because he was swept away at that moment and wanted to experience the scene.

“I just had to see it,” he said. – Computers, printers were smashed, things were broken, papers and lamps were thrown around.

Read more: Inside the Democrats, he plans not to have Trump 2.0

Riddle told NBC10 that he poured himself a glass of wine, “hugged him and got out of there.” Riddle also shared a photo with the news network that he was holding a stolen wine bottle, the FBI said.

In an FBI interview, Riddle clearly condemned those who destroyed public property during the uprising.

“Psychopaths who walk things around and hurt people can rot in hell,” he said of the complaint.