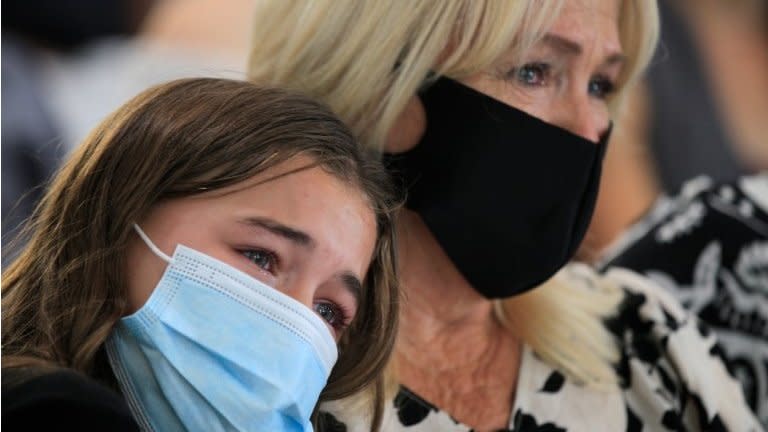 Mexican federal prosecutors arrested a suspect in the murder of nine members of a Mormon community in northern Mexico last year.

Three women and six children, both U.S.-Mexico dual nationals, drove through the Sonoran Desert when they were killed in ambush.

According to Mexican security officials, the man identified only as Roberto N was a former police officer.

He is suspected of being known as The Mute, the leader of the La Línea cartel.

La Línea is part of the Juárez cartel, which deals with arms and drug smuggling between the state of Northern Chihuahua and the United States.

Many of its members are believed to be former police officers who were “bought” by the Juárez cartel, changed parties and became “executors” of the cartel, defending drug shipments and attacking rival gangs.

The victims belonged to the LeBarón family, a community that broke away from the mainstream Mormon church and settled in Mexico almost a century ago.

The three women and their 14 children were traveling a long way between the states of Sonora and Chihuahua when, on November 4, 2019, gunmen shot down their vehicles. Eight children survived the attack.

It is not clear why the families were attacked, but one theory is that La Línea misled them with members of a rival cartel.

Roberto Nt, along with two other men, was captured in Nuevo Casa Grandes, Chihuahua.

Monday’s arrest was carried out by federal prosecutors who worked independently of government officials to prevent the case from leaking.

The three detainees were transported to the capital, Mexico City, where they are expected to be charged later on Tuesday.

Two more suspects are already being held in connection with the case.