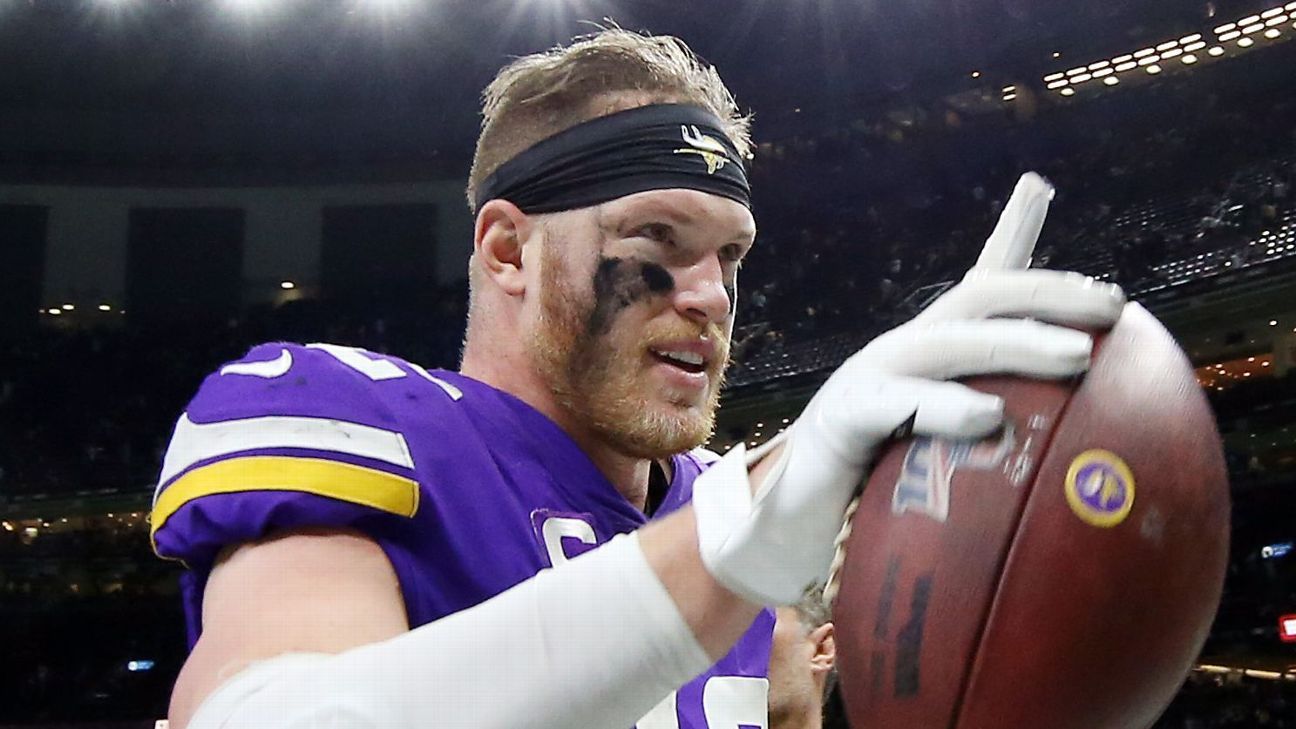 The close end of the Minnesota Vikings, Kyle Rudolph, was disqualified on Sunday against Tampa Bay, ending a series of consecutive matches dating back to 2014.

Rudolph, who missed a workout this week with a leg injury, most recently missed a game on December 21, 2014 in Miami. The regular season series ends with 93 games (98 including the playoffs), which, according to ESPN Stats & Information, ranks first among the active close ends in sixth overall.

Rudolph was dubious in Sunday’s last report of injuries in Sunday’s match, but could have played if he had been given the same name before.

“It’s a quick enough healer, so we’ll just see it,” coach Mike Zimmer said Friday. “He’s got a lot of treatment this week and he wants to play really badly. I don’t want to calculate yet.”

Minnesota signed Hale Hentges of the Indianapolis Colts practice team this week to confirm the tight end depth after Brandon Dillon, a member of the practice team who has been activated three times since the 10th week on the 53-man list, has been injured. Irv Smith Jr., who missed most of the second half of the season with back and lumbar injuries, practiced limitedly on Thursday and Friday but is active against Tampa Bay. Tyler Conklin will also be available at Vikings.

“It ‘s a quick setback, but all the signs point to what I see [Thursday are] “We’re heading in the right direction here,” said offensive coordinator Gary Kubiak this week. So this is going to be a big month for Irv and our team. Obviously, we need it to come in and add as much as possible.