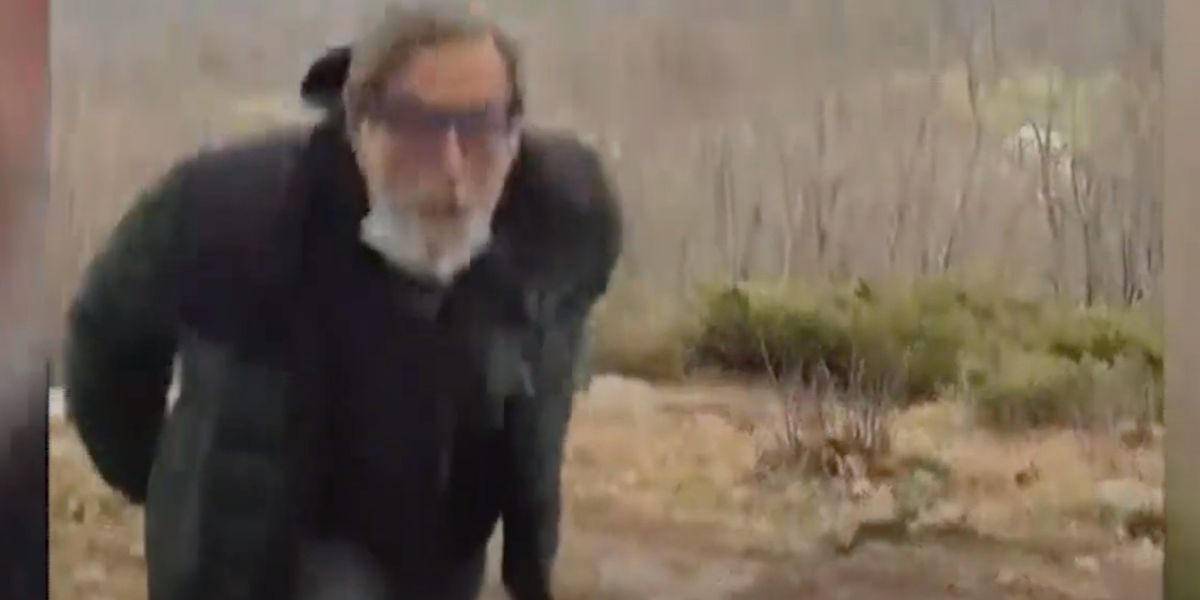 A man was caught on a cell phone that spat on two young women and told them they had a coronavirus after arguing with them that they were not wearing a face mask.

The alarming incident unfolded near Boston on Nov. 15 and was arrested by police on Tuesday.

The video showed the man approaching the woman taking the shot and spitting in the direction of the ground. He says, “I have COVID! I got a positive test!”

Then he spits on the ground again in his direction.

“Are you okay?” asks the woman, to which the man replies, “No! You will not be soon!”

Third, he spits and walks away.

In another part of the video, you can hear the woman, “I don’t care, I’m not going to wear a mask when I’m out!”

Police said the man was walking with a female companion when they allegedly touched two hiking women because they were not wearing a mask. he spat at them after arguing over the masks.

Hale Powell, 71, from Westford was later arrested. In the video, it appears that the man’s partner repeatedly calls her “Hale” while addressing the women.

“It’s not the right approach to do anything,” Lieutenant Chris Conrad, Ashburnham police, laughed at WBZ-TV. “It was hostile, it wasn’t appropriate, it was threatening. And it could even be an attack.”

Police said Powell had not tested a positive result for the coronavirus, despite what he said to the women. He was charged with a false threat, attack and battery of a biological agent, which is a serious crime.

A judge ordered Powell to examine the coronavirus and quarantine it for 14 days.

Ashburnham Police Detective Robert Siano told Sentinel & Sun that they were flooded with calls after asking help from the public to identify the man based on mobile phone video.

Here is a news video about the case: