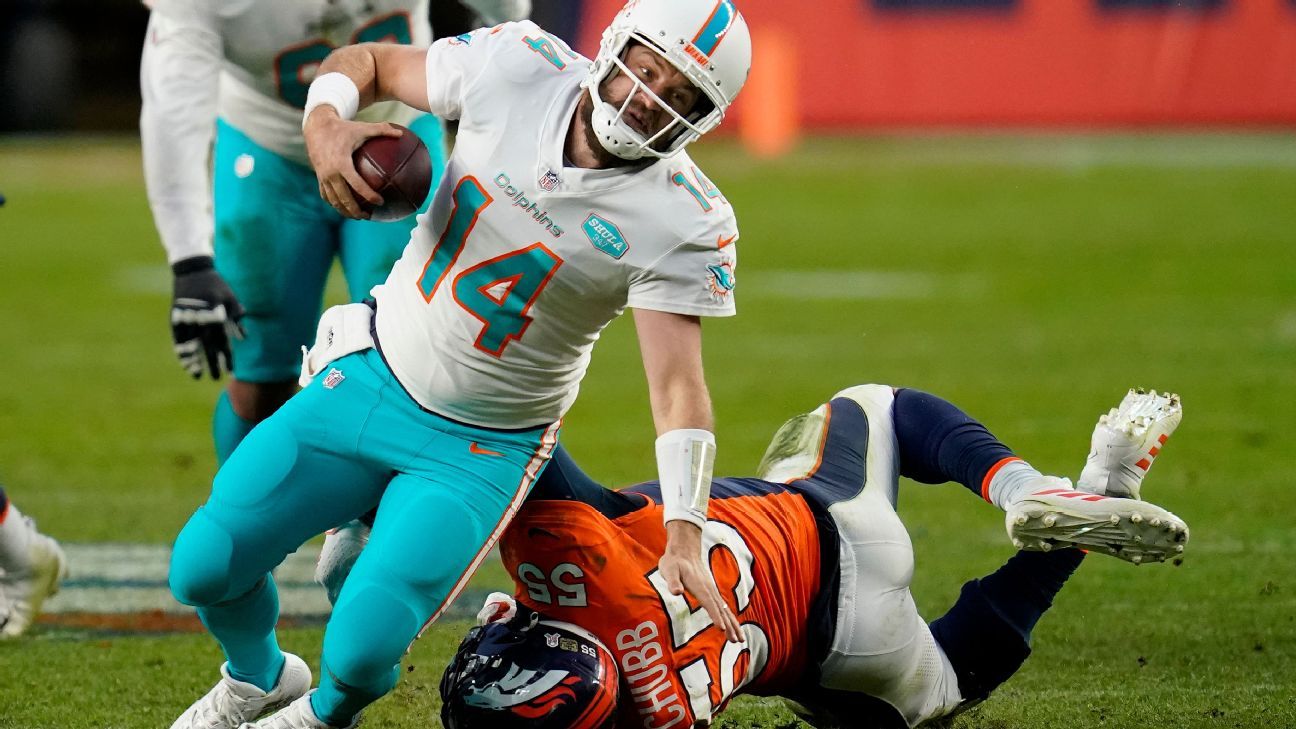 Who to start? Who should sit? To make it easier to set up fantasy football lineups and avoid launching a player who won’t be in the lineup, we’ll post fantasy-relevant updates and analysis here when NFL teams let go of their inactive play, usually about 90 minutes before the kick-off. . The rankings quoted in this column are from the ranks of our ESPN Fantasy staff.

Note: The Baltimore-Pittsburgh match, originally scheduled for Thursday night and then scheduled for Sunday afternoon, has been postponed once again. For now, bthe teams are set to play on Tuesday night. To learn how ESPN handles these types of NFL postponements for fantasy football purposes, click here.

Julio Jones, WR, ATL: Thigh flexion – In question
Effect: Jones is not expected to play. Calvin Ridley was injured earlier this week, but he must be at 100% to perform on Sunday.

Hayden Hurst, TE, ATL: Boka – In question
Effect: Luke Stocker would initially be in the mix if Hurst sat down.

Giovani Bernard, RB, CIN: Concussion – In question
Effect: Probably best to avoid all bengals. Samaje Perine will start if Bernard does not cancel the protocol.

Zach Pascal, WR, IND: Knee – In question
Impact: This is likely to be a playtime call Dezmon Patmon darts can be thrown.

Jonathan Taylor, RB, IND: Disease — OUT / IR
Impact: The appreciation of Jordan Wilkins / Nyheim Hines was due to Taylor’s absence due to his “high level contact” status.

Chris Conley, WR, JAX: Hipster – WHO
Effect: Laviska Shenault Jr. is back to full health and can shine.

DJ Chark Jr., WR, JAX: Borda – WHO
Effect: Older Keelan Cole may once again get a chance beyond returning the kicks.

Kalen Ballage, RB, LAC: Boka – In question
Effect: Austin Ekeler was activated from IR. It is still unclear whether he will start.

Salvon Ahmed, RB, MIA: Shoulders – WHO
Impact: Myles Gaskin could still be activated from IR, but Matt Breida could pull back in first place anyway.

Adam Thielen, WR, MIN: Disease — Doubtful
Impact: His “false positive” status may be called into question on Sunday as he may not be able to play him in time.

N’Keal Harry, WR, NE: Shoulders – In question
Impact: Jakobi Meyers is likely to be the only secondary target behind Harry this week.

Ryan Izzo, TE, NE: Thigh flexion – In question
Impact: You have to replay your injuries as you would for most of the season.

Nick Folk, K, NE: Back — In question
Impact: Similarly, this protracted issue is also unlikely to hold Folk out of Sunday’s grid.

Adam Humphries, WR, TEN: Concussion – WHO
Effect: A trio of relatively unknown WRs try to fill in, none worth noting the fantasy.

Drew Lock, QB, DEN: Disease — WHO
Impact: After QVID-19 exposure, all QBs on Denver’s active list were excluded by Sunday. Currently, Kendall Hinton, a member of the practice team, is expected to come in as a signal caller, but handovers could be plentiful.

Deonte Harris, WR, NO: Neck – In question
Effect: No exercise all week. Marquez Callaway could be an interesting long shot.

Tevin Coleman, RB, SF: Knee – WHO
Effect: Raheem Mostert and Jeff Wilson Jr. may have split the barrels in two, assuming both are active.

Brandon Aiyuk, WR, SF: Disease — Doubtful
Impact: It is not expected to return from the COVID-19 list. Deebo Samuel, who is on this list right now, is WR’s only viable fantasy option here with the 49s.

Marquez Valdes-Scantling, WR, GB: Achilles – In question
Effect: Sitting out on Friday is an exercise, which is not a good sign. The use of Allen Lazard should see a big increase.

Official Sunday inactive players should start around 11:30 for early games and 14:30 for late games.