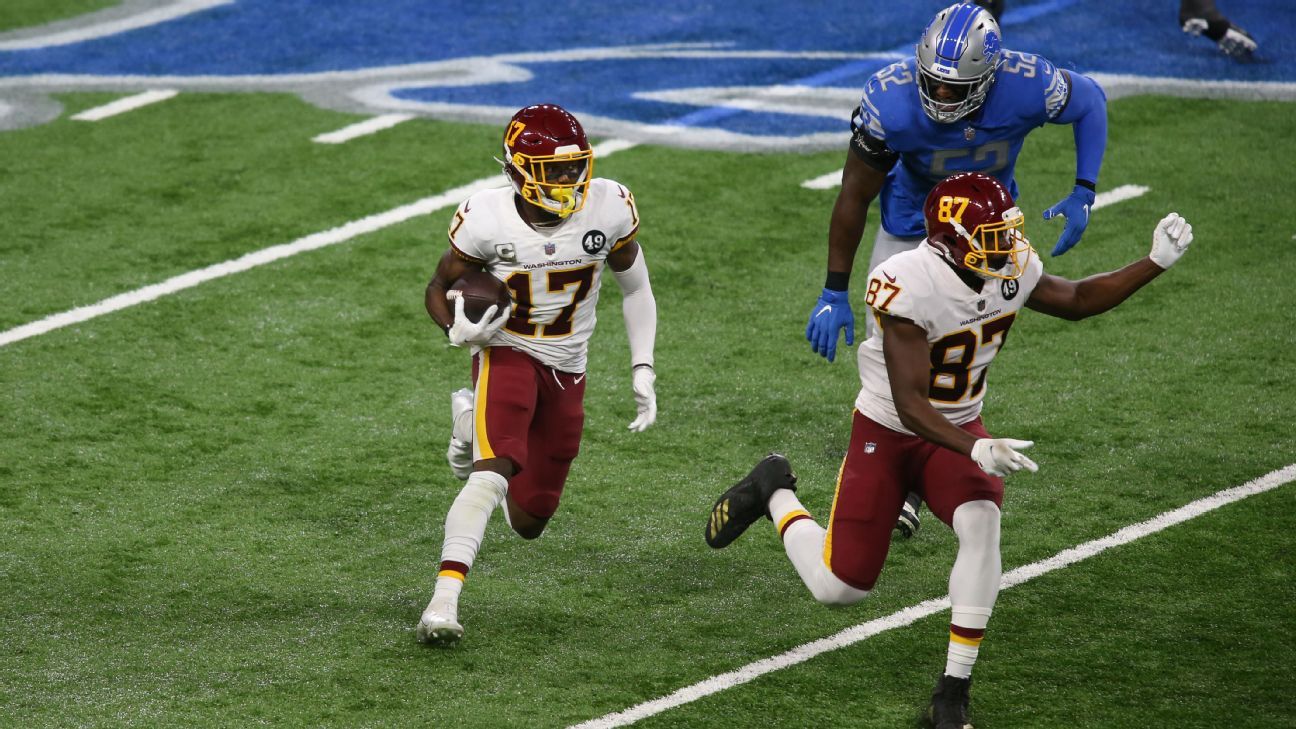 Who to start? Who should sit? To make it easier to set up fantasy football lineups and avoid launching a player who won’t be in the lineup, we’ll post fantasy-relevant updates and analysis here when NFL teams let go of their inactive play, usually about 90 minutes before the kick-off. . The rankings quoted in this column are from the ranks of our ESPN Fantasy staff.

Note: The Baltimore – Pittsburgh game, originally scheduled for Thanksgiving, was postponed to Sunday as several Ravens players gave a positive result for COVID-19.

Thanksgiving is an early game

Kenny Stills, WR: Quad – WHO
Impact: Keke Coutee could be an interesting option to consider this week as a flex game.

Danny Amendola, WR: Hipster – WHO
Impact: Marvin Hall is expected to launch and may be a flexible option in very deep leagues.

Kenny Golladay, WR: Hipster – WHO
Effect: Older Quintez Cephus and Mohamed Sanu are likely to benefit from the increased clicks.

Terry McLaurin, WR: Boka – In question
Impact: He is a full participant in Wednesday’s practice and is expected to play.

Dustin Hopkins, K: Loins – In question
Impact: You have experienced this injury for a few weeks, so it is likely to recur.

Greg Zuerlein, K, DAL: Back — In question
Effect: Limited exercise throughout the week. Play, but it’s worth avoiding, anyway.

Official Thanksgiving inactive should start play early at about 11 a.m. and play late at 3 p.m.