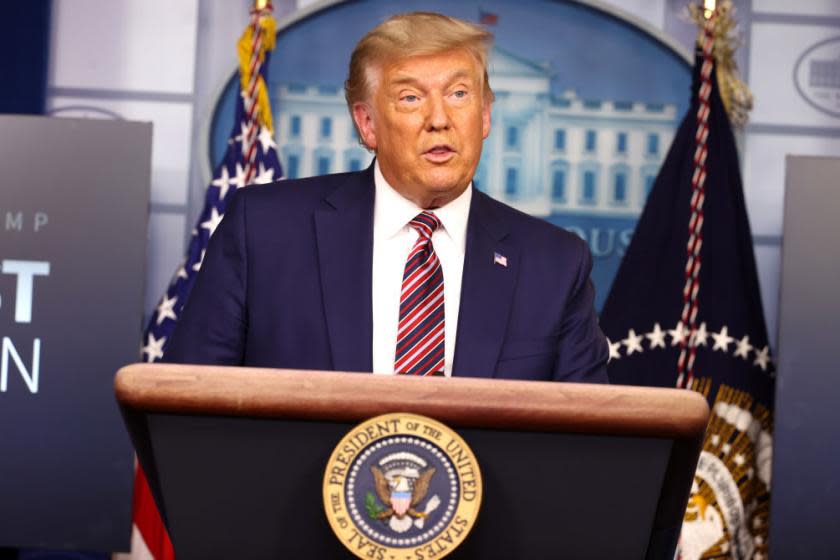 President Trump has not yet recognized the election, and New York Times according to journalist Maggie Haberman Monday night tweet of what is “in the interest of our country,” “is the closest to a concession Trump will receive.”

Trump wrote that he spoke to Emily Murphy, the head of the General Services Administration, and suggested that he “do the initial protocols,” adding that he “told my team the same thing.” Murphy had to set up the election to formally begin the transition process, and after weeks of delays, he sent a letter to President-elect Joe Biden on Monday informing him that the transition could officially begin.

Haberman tweeted he was told that some of Trump’s advisers had “urged” him to begin the transition before Thanksgiving, even if he never said the word “admission.” “More than 30 lawsuits have been filed between the Trump campaign and other Republicans in six swing states in an attempt to question the election results, NBC News writes. Despite Trump and members of his legal team claiming widespread voter fraud, a single no court found any evidence.

Trump’s electoral law team is led by his former friend and personal attorney, Rudy Giuliani, a former mayor of New York. Giuliani was “key in kidnapping Trump’s conspiracy theories,” Haberman said, but people familiar with the case told him that the recent Pennsylvania court loss had made Trump realize that “Giuliani hadn’t painted an honest picture” of his chances of actually redeeming results. Giuliani, he added, took control of Trump’s legal team after the campaign filed a lawsuit in Maricopa County, Arizona, warning Trump that “other counselors are lying to him.”

More stories from theweek.com
Biden steals the spotlight. Trump can’t stand it.
I was wrong about Mitt Romney
The Secret Service is said to be preparing for Trump’s “post-presidential life.”